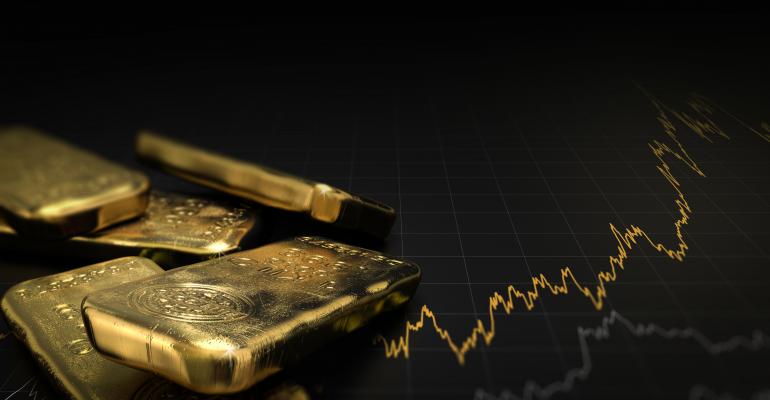 Ray Dalio has recommended investors consider placing 5 to 10 percent of assets in gold as a hedge against political and economic risks.

(Bloomberg) --Gold prices may have had a lousy month, dropping by the most this year on a resurgent dollar, but holdings in exchange-traded funds have jumped, with the worldwide total rising to the highest level since November.

The numbers spell out the different paths. Spot bullion sank 2.9 percent in September, and on Friday slipped 0.4 percent to $1,282.55 an ounce at 3:30 p.m. in New York. Meanwhile, holdings in gold-backed ETFs expanded 2.4 percent to 2,154.9 metric tons. They are up for the third straight quarter and well on the way back to last year’s peak when Donald Trump won the White House. Barnabas Gan, an economist at Oversea-Chinese Banking Corp. in Singapore, said that while prices have been hurt by the rebound in the U.S. currency, plenty of investors are still seeking out havens. Top of the list right now may be the standoff between Trump and North Korea’s Kim Jong Un.

“ETF demand is likely driven by safe-haven demand, given the geopolitical tensions and the increased need to have safe-haven assets in investment portfolios,” Gan said.

Billionaire Ray Dalio, the founder of Bridgewater Associates, has recommended investors consider placing 5 to 10 percent of assets in gold as a hedge against political and economic risks.

Gold traders and analysts surveyed by Bloomberg were bearish for a third straight week.

Gold futures for December delivery fell 0.3 percent Friday to settle at $1,284.80 an ounce on the Comex in New York. The metal dropped 2.8 percent this month.