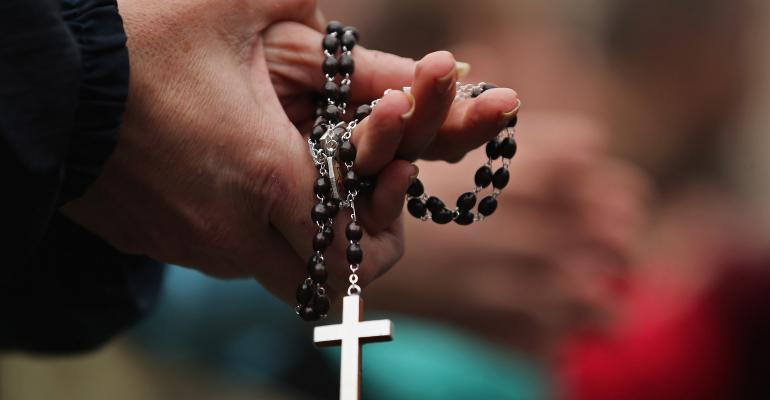 Inspire Investing looks to undercut fees of other faith-based funds.

Inspire Investing has rolled out two new ETFs in an attempt to bring low-cost indexing to biblically responsible investing (BRI).

“Conservative people are not being served by SRI, impact or ESG,” said Inspire President & CEO Robert Netzly, adding that these investment areas have a “strong liberal tilt,” and leave a market untapped in the $13.7 trillion of assets controlled by Evangelical Christians, according to Inspire research.

Companies with participation in abortion, gambling, alcohol, pornography or the “LGBT lifestyle” will be factored out of the new funds, according to their prospectus. Moreover, ties to countries sponsoring terrorism, poor labor practices and human rights violations against Christians will also result in a company being factored out.

Netzly said these ETFs and BRI in general have a broader appeal beyond Christian values-based investors.

“We [the BRI community] built BRI to be the Chick-Fil-A of investing,” said Netzly. “You don’t go in and ask for a Christian chicken sandwich; you ask for a good sandwich.”

He added, “The target market is impact investors, but we don’t want to sacrifice fees or performance.”

Over the last decade, faith-based ETFs haven’t had much success. Notably, in 2011, FaithShares shut down each of its five ETFs, tailored to sects of Christianity, and a Sharia-compliant ETF developed by Javelin shut down in 2010.

One of the biggest issues with these funds was expense ratios which, in the case of FaithShares, were close to 90 basis points. Faith-based mutual funds, while more numerous, also tend to have above-average expense ratios.

Netzly said Inspire funds will hit the market with a 65-basis point fee and by the end of the year should be in the mid-40s, making it lower than the industry average for ETFs, according to Vanguard research.