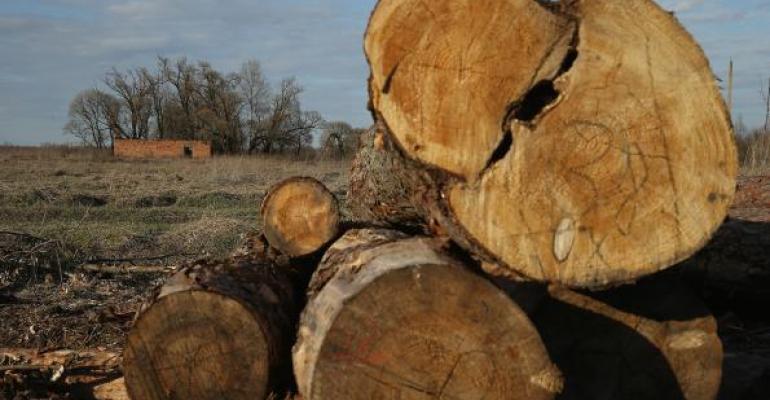 (Bloomberg Prophets) --The lumber markets are off to a robust start in 2017, as U.S. housing data show that the number of new homes available -- along with the sale of new homes -- are rising, according to the National Association of Home Builders. Home builders are employing more people and their purchasing orders of raw materials are increasing, particularly in lumber. Lumber futures prices on the Chicago Mercantile Exchange have been rising and could surpass their recent highs in late February. Technical assessments of the monthly trends in random length lumber strengthen this argument. The chart below represents the current Random Lengths Framing Lumber composite price. The data compile the previous 11 years of monthly average price history, and the graph displays that data in five-year trends. The trend definitively points upward. There are also fundamental reasons why lumber continues to look attractive. First, U.S. mortgage rates, while rising, are still close to historic lows. As of March 30, a 30-year fixed mortgage is 4.01 percent APR, while a 15-year is 3.18 percent.

With the market expecting at least two more Federal Reserve interest rate hikes this year, buyers are eager to purchase homes now rather than wait, because mortgage lenders are setting their rates based on their expectations for future inflation and interest rates. And from a seasonal standpoint, the U.S. is now in  its post-thaw construction season that should help lumber prices in the short term. Secondly, in the medium to long term, the mortgage industry is poised to experience a monumental shift as more millennial home-buyers enter the market. There are about 87 million would-be home-buyers in that generation, and 91 percent of them say they intend to own a home one day. Urban centers reached “peak millennial” in 2015 and young buyers are now moving to the suburbs, according to a new study by the urban planning and demography division of the USC Price School of Public Policy.

According to Ellie Mae's new Millennial Tracker, more than one-third of home loans made to millennials since 2014 were issued by the Federal Housing Administration and insured by the federal government. This is significantly higher than the 22 percent overall share that FHA commands in total mortgage volume today. FHA allows borrowers to make a small 3.5 percent down payment, attractive to younger buyers who tend to be cash-strapped, as well as burdened by a sky-high rental market.

There are three ways to invest in timber: exchange-traded funds, futures and stocks. Futures markets pose the greatest challenge and are thus advisable for the professional trader. Unfortunately, as of now, there are no ETFs or ETNs available in the U.S. that offer exposure to physical timber or lumber futures. There are, however, ways of getting exposure via equities that are in or related to the timber and forestry industries, though the equity approach is not a pure play.

Finally, if President Donald Trump is successful at getting his policy initiatives passed, lumber prices should rally further. It seems increasingly likely that the North America Free Trade Agreement won't just get “tweaked,” according to recent meetings with the administration's choice of U.S. Trade Representative, Robert Lighthizer, who previously served in the Reagan administration. At his Senate confirmation hearing, he said softwood is “at the top of the list.”

Pushing for a new deal, Lightener stated that U.S. companies want “quantitative restraint” -- a limit on Canadian lumber entering the U.S.: “It is a very serious, intractable sort of problem. It has enormous political consequences on both sides of the border.” Limiting Canadian wood to the U.S. serves to drive up domestic prices.

According to International Forest Industries, Lumber exports from British Columbia in 2016 reached their highest levels since 2006, and exports to the U.S. in December represented 63 percent of the total, up from 55 percent two years ago. Lumber shipments from the province to the U.S. were up 25 percent year over year. And Canada can always divert its lumber to China, which imported record high volumes of softwood in 2016, and whose manufacturing sector has expanded at the fastest pace in over five years.

Should Trump live up to -- and be able to pass -- his $1 billion infrastructure spending and border control promises, there will be a lot more lumber required to construct the likes of bridges and walls.