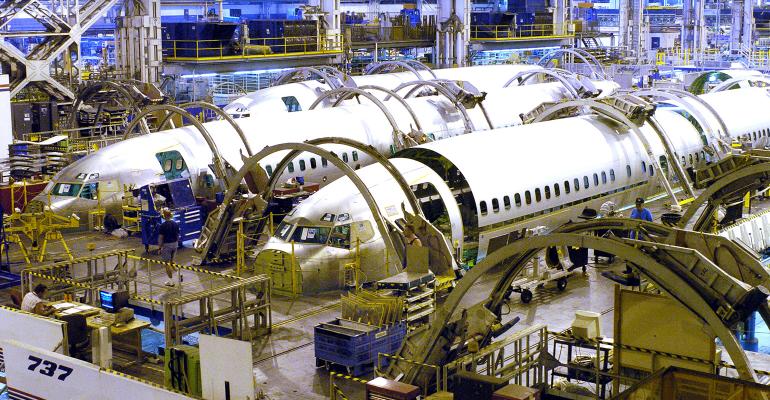 Time for Industrials and Materials to Shine?

The Industrials and Materials sectors regularly outperform during the November-to-April six-month period, but is a cap-weighted ETF or equal-weighted ETF the better approach?

The upcoming November-through-April six-month period has historically been a strong one for the S&P 500 Index, rising 6.6% on average since 1994, according CFRA Research, ahead of the 4.1% average in all six-month periods. However, the Industrials and Materials sectors have outperformed even these lofty results on a consistent basis, regardless if one took a market-cap-weighted or an equally weighted approach. And while both a cap-weighted sector index ETF and an equal-weighted sector index ETF own the same securities, there are crucial differences that a savvy investor would seek to understand. 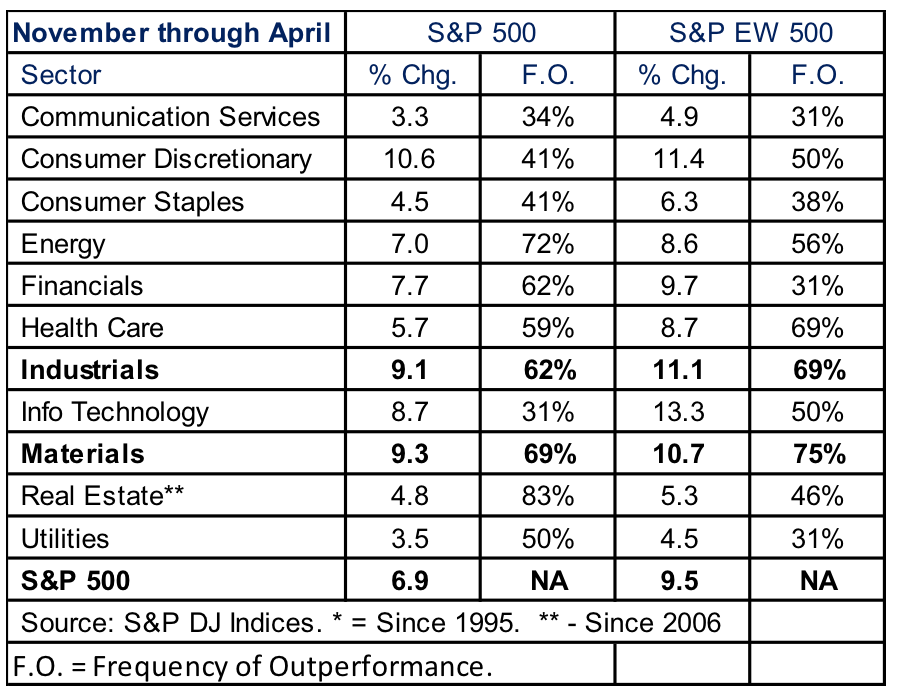 As impressive as this historical data is, the equal-weighted S&P 500 Materials and Industrials sectors rose 10.7% and 11.1% on average, while beating the broader index 75% and 69% of the time.

The stocks inside these sectors are the same whether one tracks the cap-weighted or the equal-weighted index, but security and sub-industry weighting differences play a meaningful role in the performance of any related ETFs and thus warrant scrutiny.

The $10 billion Industrials Select Sector SPDR (XLI) tracks the market-cap weighted S&P 500 Industrials sector. The top-10 holdings recently comprised 45% of assets, with Boeing a 9% weighting alone. At the sub-industry level, Aerospace & Defense companies represented 29% of assets, with Lockheed Martin and Northrop Grumman other major positions in the sub-industry. XLI has a 0.14% expense ratio.

Meanwhile, the stake in Industrial Machinery companies for RGI (15%) was higher than what investors receive in XLI (9%). Securities in this sub-industry viewed as attractively valued to CFRA include Ingersoll Rand and Parker Hannifin. RGI has a 0.40% expense ratio.

Looking to Materials, the $3.4 billion Materials Select Sector SPDR (XLB) is the largest diversified ETF for the Materials sector and holds S&P 500 constituents in a market-cap manner. Specialty Chemicals companies (32% of assets), including 7%-plus positions in DuPont de Nemours and Ecolab, were widely held, followed by Industrials Gases companies, such as a 16% stake in Linde. XLB, like XLI charges a 0.13% expense ratio.

In contrast, Invesco S&P 500 Equal Weight Materials (RTM) has a 0.40% expense ratio but is more diversified at the security and sub-industry level. The largest positions, which include LIN, were less than 4% of assets, and Specialty Chemicals were just 25%. Paper Packaging (21%) was the second-largest sub-industry aided by stakes in companies like WestRock.

Stovall explains that like white water rafting, sometimes it’s best to let the market take you where it wants to go. History shows that investing in cyclical sectors from November through April has been rewarding. Just make sure you know what you own.