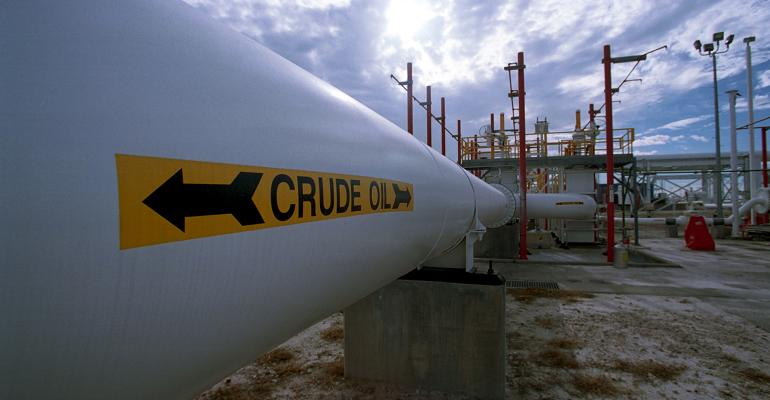 Think You Want to Buy MLPs? No, You Don't, Really

(Bloomberg Gadfly) -- When you bought that MLP your friend told you about that time you had drinks a few years back, you didn't think you were signing up for this:

But what were you really signing up for? Two exchange traded funds that invest in master limited partnerships provide the answer -- and clues to where MLPs go next.

The two funds are the Alerian MLP ETF, with assets of $8.6 billion, and the First Trust North American Energy Infrastructure Fund, with $1.4 billion. Here's how they handled the past few years:

Both funds invest in MLPs; indeed, 11 of the 25 companies held in the Alerian ETF are also in the First Trust fund, according to Bloomberg data. Clearly, though, the similarities largely end there.

The Alerian ETF aims to track the Alerian MLP Infrastructure Index, where you'll find the likes of Williams Partners, Magellan Midstream Partners and Buckeye Partners. These are, more or less, traditional MLPs operating long-haul pipelines to get oil and gas around the U.S., earning fees under long-term contracts that support steady distributions to their investors -- exactly as you'd expect.

You'll also find other MLPs though, such as MPLX, Western Gas Partners and EnLink Midstream Partners. These are less like what you thought MLPs were when your friend was talking you into buying them. They make a significant chunk of their money from things like gathering and processing oil and gas directly from wells, or even marketing some of the oil and gas themselves. While they do sign contracts with E&P companies for their services, these often involve some chance of either the volume of oil and gas going down or exposure to movements in the prices of the fuels themselves. This is a riskier proposition, likely to inflict some damage when, say, energy markets crash.

The First Trust ETF is fundamentally different. The first thing you notice is that more than half of its underlying securities aren't MLPs at all. Some 40 percent of its assets are made up of utilities such as Duke Energy and National Grid. To which you might say: "Yeah, good for them, but I wanted some MLPs."

Except, with all due respect, you probably didn't.

What you actually wanted was exposure to companies operating infrastructure that helped consumers fueling their cars or lighting their stoves pull oil and gas from the rigs and ports of the U.S. These vital pipes and terminals are largely irreplaceable. Tried getting a permit for big new pipeline recently? It's hard. And they are often regulated in terms of what they can charge. This relatively low-risk model offers some reassurance they can maintain a steady stream of payouts to investors; even grow them, maybe.

In other words, they sound a lot like regulated utilities.

The latter have clearly been on a tear for most of this year, helped in part by the Federal Reserve's reluctance to raise interest rates. And the First Trust ETF, with 59 securities, obviously enjoys more diversification than the Alerian ETF with its 25. The 11 overlapping securities in each account for 53 percent of the Alerian ETF's assets but only 14.5 percent of the First Trust fund's.

But that doesn't fully explain the vast gap in performance.

I constructed a market-cap-weighted index on the Bloomberg terminal consisting of just the 27 securities in the First Trust ETF classified as "energy," which in type and number most closely resemble the Alerian MLP fund. This isn't a perfect comparison because the composition and weightings of the energy stocks in the First Trust ETF will have changed over time.

But back-testing this index suggests the types of MLPs in that fund have been more resilient than those in the Alerian ETF: 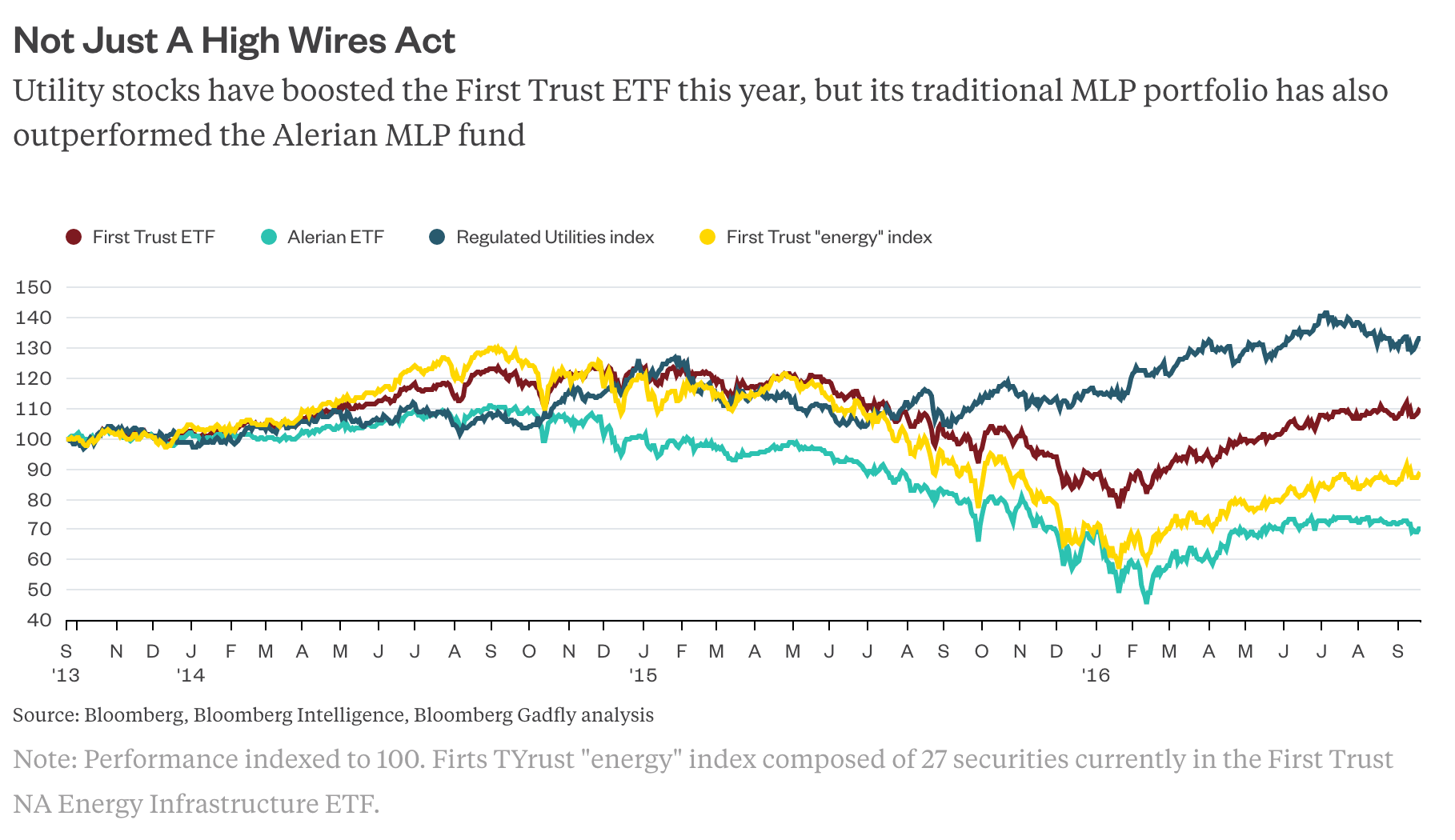 One of the lessons of the past year or so is that the MLP sector, which started life as a largely utility-like asset class, didn't escape the hype of the shale boom. The MLP financing structure was transferred from boring old interstate pipelines to riskier things like refineries and gathering systems, and a ton of debt was taken on, as the investment pitch changed from reliable payouts to fast-growing payouts.

Many investors, dazzled by the combination of yield, growth and apparently "toll-road" like assets, didn't necessarily read the fine print.

In the aftermath of the crash, there are signs of the sector reverting back to its old identity. Credit ratings have taken primacy over maintaining dividends at the likes of Kinder Morgan and Plains All American Pipeline. Enbridge's recently-announced $28 billion merger with Spectra Energy was notable chiefly for its all-stock payment and sober objectives.

Williams Cos., meanwhile, coming off a failed deal that epitomized the sector's excesses, is selling off assets, delevering and retreating back to the comfort of its core Transco gas pipeline.

What you really want here is numbing reliability, whether it's called an MLP, a utility or whatever.

Correction: An earlier version of this story incorrectly referred to the First Trust ETF as the First Track ETF in some instances.