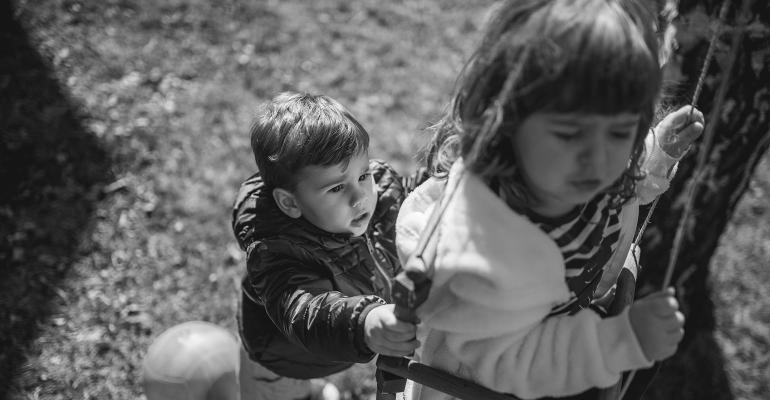 In These ETF Families, Younger Siblings Worthy of Attention

While sibling rivalry is common, investors have largely ignored some compelling ETFs.

There are many well-constructed ETFs that fly below the radar in a crowded market, even though they’re connected to successful funds from the same firm. Such ETFs should be thought of as strong siblings and warrant attention because they offer a twist to a well-known smart beta offering.

Invesco S&P 500 ex-Rate Sensitive Low Volatility (XRLV) has $188 million in assets and came to market in April 2015. Since then, the Federal Reserve raised interest rates seven times and is on pace to do so further this year. To us this highlights the appeal of the ETF as XRLV provides exposure to large-cap stocks with positive correlation to rising interest rates and with low volatility. This is a timely spin on the $7 billion Invesco S&P 500 Low Volatility ETF (SPLV). Though we have overweight ratings on both SPLV and XRLV, the younger sibling outperformed its brother in 2016 and 2017 and year-to-date through August 21. On a 3-year annualized basis, XRLV’s 15.4 percent return was well ahead of SPLV’s 12.7 percent. However, the beta relative to the S&P 500 Index of 0.89 was higher than SPLV’s 0.67.

CFRA prefers to look forward, not just backward, and as such thinks it’s notable that the stocks inside XRLV are attractively valued based on our qualitative research. In addition to Coca Cola and PepsiCo that are also top-10 holdings in SPLV, Accenture and Republic Services are examples ot the unique positions considered undervalued. Industrials and information technology sectors are more represented in XRLV, while the rate sensitive ETF holds no utilities stocks widely held in SPLV.

Meanwhile, O’Shares Investments has benefitted from the personal acclaim of the firm’s Chairman and ETF owner Kevin O’Leary, who appears on Shark Tank and other investment shows. The firm’s first ETF, top-rated O’Shares FTSE US Quality Dividend (OUSA), has $405 million in assets despite launching July 2015. Meanwhile, a version focused on Europe launched a month after it has failed to garner much attention.

O’Shares FTSE Europe Quality Dividend (OEUR), has approximately $40 million in assets, yet follows a similar smart beta approach as OUSA. These index-based ETFs utilize three factors: high quality, high dividend yield and low volatility. In 2018, OEUR has underperformed OUSA, but in 2017 the inverse occurred, highlighting the benefits of having global diversification. While both a compelling dividend yield, OEUR’s 3.7 percent is more than 40 percent higher than OUSA.

OEUR largest country exposure is to the United Kingdom (27 percent of assets), Switzerland (20 percent) and France (16 percent), with appealing holdings including CFRA Buy or Strong Buy recommendations Nestle, Total and Vodafone. In addition, the ETF earns positive risk considerations due to holdings that have low qualitative risk and strong S&P Global Credit Ratings.

A global dividend theme is related to another appealing yet overlooked younger sibling. WisdomTree Global High Dividend Fund (DEW) has been around for 12 years but has just $103 million in assets. This is far less than its sister, the $970 million WisdomTree US High Dividend (DHS) that launched the same day and similarly focuses on the highest yield stocks in the region. Like OEUR, DEW has underperformed its twin thus far in 2018 but outperformed in 2017.

DEW has 54 percent of its assets in U.S. stocks, like CFRA Buy recommended AT&T and Cisco Systems, but also has exposure to the developed markets  in United Kingdom (7 percent), France (4 percent) and Switzerland (3 percent), as well as emerging markets China (3 percent) and Taiwan (2 percent). Novartis and China Mobile are examples of such holdings. Overall DEW’s rating benefits from the ETF’s low volatility and holdings that have favorably low risk considerations.

While sibling rivalry is common, we are surprised that investors have largely ignored some compelling ETFs that are well-constructed but fly beneath the radar of their more popular family members. XRLV, OEUR and DEW are among CFRA’s top rated ETFs based on a combination of holdings-level analysis and fund attributes including expense ratios and standard deviation. We hope the asset managers behind them realize they have compelling offerings, and these don’t follow other limited demand products and get pulled prematurely from the shelves. CFRA reports on these ETFs can be found on MarketScope Advisor.

Todd Rosenbluth is Senior Director of ETF and Mutual Fund Research at CFRA where he leads the firm’s holdings-based research efforts within the Equity Research and Fund group.