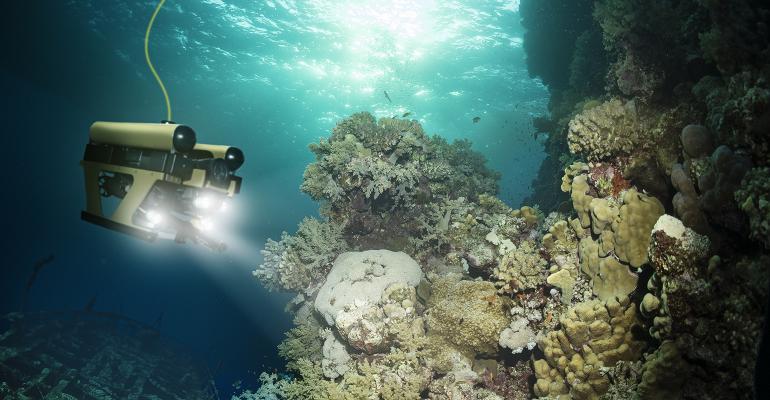 State Street Corp. and Goldman Sachs Group Inc. are planning a series of ETFs with themes that would invest in everything from robotics to space to deep-sea exploration.

(Bloomberg) --A colorful corner of the $3.6 trillion market for exchange-traded funds is going mainstream, thanks to some of the world’s biggest finance firms.

State Street Corp. and Goldman Sachs Group Inc. are planning a series of ETFs with themes that would invest in everything from robotics to space to deep-sea exploration, regulatory filings show. The timing could be less than auspicious, however, as some thematic funds, particularly those focused on artificial intelligence and robotics, have been hemorrhaging cash for months. 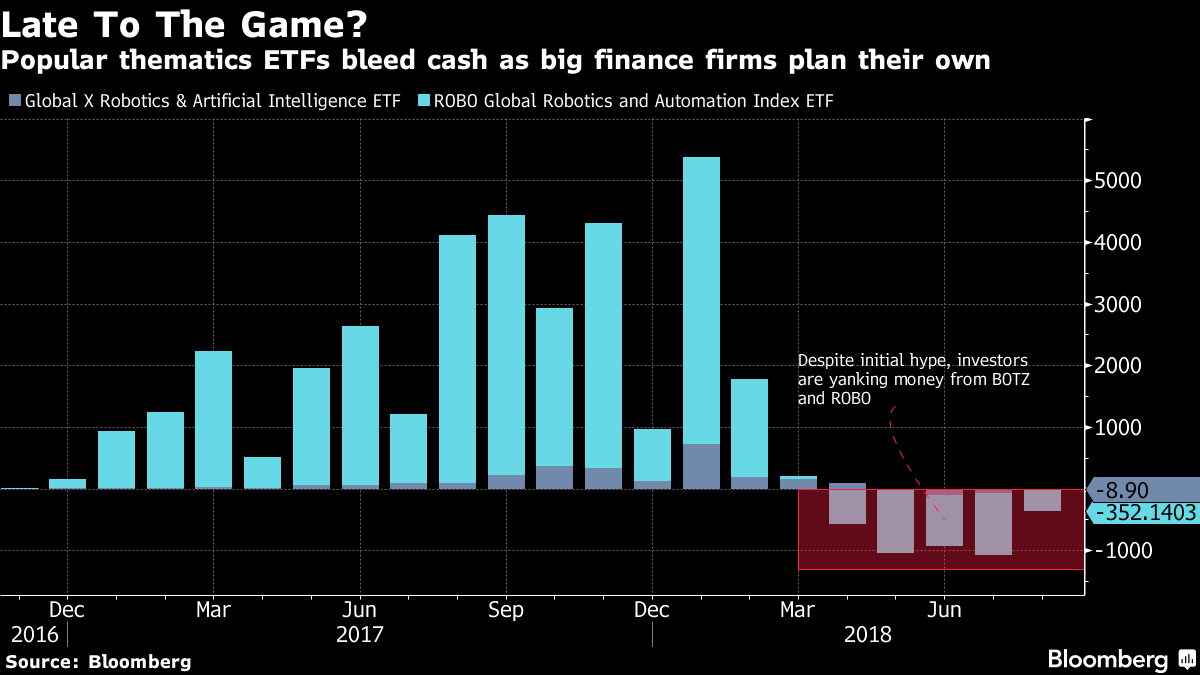 Long the preserve of quirky startups, thematic funds -- which typically target a narrow investment focus -- have thrived in the shadows, garnering billions in assets while charging handsome fees for their specialized portfolios. But with plain-vanilla stock funds costing as little as 30 cents for every $1,000 invested, and untapped strategies becoming harder to find, the big boys now want a piece of this action.

“Thematic ETFs have gone from laughing stock to big business,” said Eric Balchunas, a senior analyst at Bloomberg Intelligence. “This has attracted the big fish who smell a chance to make a buck.”

State Street is now looking to start another three ETFs. The SPDR Kensho Final Frontiers ETF will invest in “companies whose products and services are driving innovation behind the exploration of deep space and deep sea,” it said in a filing on Tuesday. Another will buy clean-power companies, while a third seeks exposure to stocks developing robotics, artificial intelligence and automation technology.

Goldman Sachs plans to offer five ETFs, named for themes including the ‘‘data-driven world’’ and ‘‘human evolution’’ it said in a filing Aug. 3.