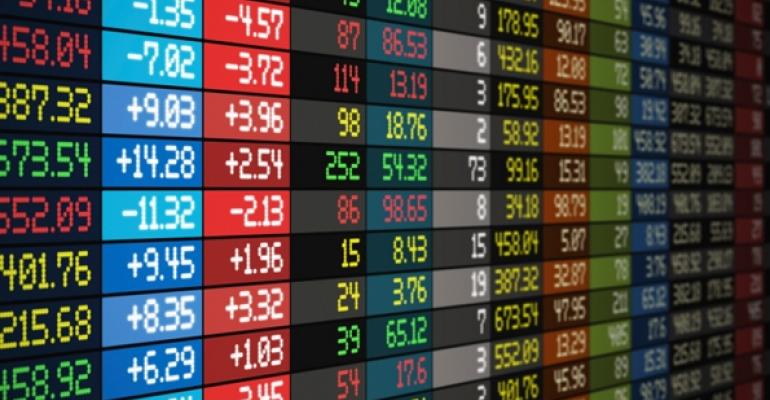 Stock Havens Cost More Than Ever, Right When Investors Need Them

“Investors are like hyperactive first graders playing musical chairs -- always trying to out-anticipate the other as to when the music will stop.”

(Bloomberg) -- Some of the highest valuations in years can’t keep exchange-traded fund investors from hunkering down in the safest pockets of the U.S. equity market.

As the S&P 500 Index began October with its third week of losses, utilities ETFs took in $726 million, the most of any industry, data compiled by Bloomberg through Oct. 3 show. Investors had already piled into defensive funds in the three months ended September, with ETFs of real-estate and consumer-staples companies adding more than any other equity sectors, while those focused on avoiding volatile stocks saw record inflows.

With recession fears rising, impeachment proceedings underway in Washington, and the direction of U.S.-China trade talks still unknown, equity investors are preparing for the worst. They’re also flocking to more bond-like sectors, where prices get a boost from falling interest rates. Yet all that demand is pushing some valuations to a record.

“Investors are like hyperactive first graders playing musical chairs -- always trying to out-anticipate the other as to when the music will stop,” said Sam Stovall, chief investment strategist at CFRA. “A lot of investors think that we’re coming to the end.”

It’s easy to see why nerves are so fraught. A reading on U.S. manufacturing fell to the worst level in a decade, a similar measure on the services sector of the economy dropped to a three-year low, and jobs data missed estimates -- and that’s just within the last few days. But these concerns aren’t new to a market that’s been coping with an inverted yield curve and other problematic signals all year long.

Such unrelenting headaches have sent valuation multiples to records for some safe havens. Take utilities stocks, which ended September trading near 22 times earnings, an all-time high. Real-estate companies are now at their priciest levels in at least three years, and valuations for consumer-staples stocks are scaling altitudes not seen since so-called volmageddon in February 2018.

“Valuations give you some pause,” said Matthew Bartolini, head of Americas research for State Street Corp.’s ETF business, adding that low rates, not fundamentals, have helped feed the beast. “If it were about valuation, you wouldn’t be allocating to real estate, utilities or consumer staples.”

But high price-tags haven’t scared away investors searching for peace of mind and guaranteed yield. Real-estate ETFs have added $5.4 billion in 2019, more than any full year since 2016. Funds tracking consumer staples absorbed the most for any quarter in three-and-a-half years in the period through September, while utilities remained a top-five sector pick for a fourth-straight quarter.

Real-estate and utilities stocks -- industries that are more immune to economic downturns -- are up more than 22% over the past 12 months, while the S&P 500 has risen less than 2%.

This defensive strategy makes sense to Katie Nixon, the chief investment officer at Northern Trust Wealth Management. The next move for interest rates is likely lower, she says, with the yield on 10-year U.S. Treasuries remaining in a range of 1% to 1.5% during the next year.

“The search for yield is going to be a very powerful investment theme going forward, as it has been,” Nixon said. Buying defensive, bond-like stocks allows “investors to have their cake and eat it too.”

These strategies have been predicated on preparing for the worst, so any surprise to the upside poses a threat. That’s encouraged some investors that balk at buying sectors with such extended valuations to seek diversity in broader, low-volatility strategies -- although valuations there are just as stretched.

These funds -- which tend to buy stocks that are less susceptible to market swings -- took in a record $8.4 billion in the third quarter, according to data compiled by Bloomberg.

“The safety dynamic could continue to be helped by geopolitics, which will cause people to hug defensive positions,” said Nick Kalivas, senior equity product strategist for Invesco Ltd.’s ETF business. “In addition to the lack of yield out there, that’s why you see people flocking to low-vol and having exposure to defensive sectors.”