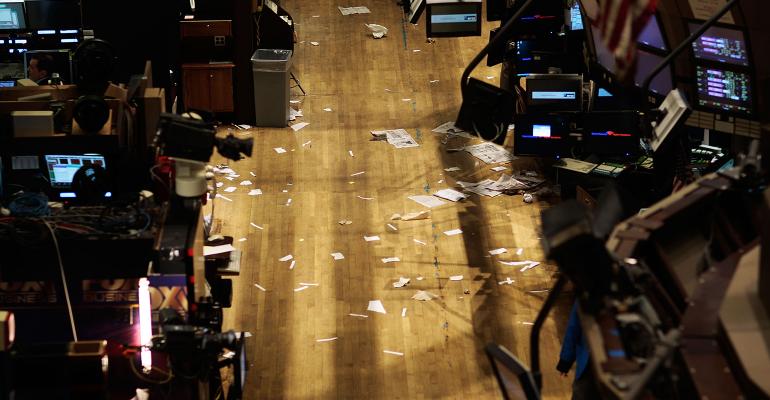 SRI: Where Are the Clients?

Socially responsible investing has come a long way, from simply removing “sin” stocks in a faith-based portfolio to the current practice of weighting market indexes based on their exposure to the kind of environmental or social risks that don’t show up in a company’s balance sheet.

But regardless of how sophisticated the strategies have become, a lot of financial advisors say their clients just aren’t interested.

That’s partly the conclusion of the 2018 Wealthmanagement.com survey on SRI investing, where lack of client demand, even more so than a perceived negative impact on portfolio returns, was cited as the primary factor keeping advisors from using these types of investment funds.

It’s not a lack of advisor awareness, at least according to the 512 financial advisors that took the survey last month. Almost nine out of 10 (88 percent) said they are “somewhat” or “very familiar” with SRI investing.

Still, half of those who don’t offer it say it’s because of lack of demand. Only one-quarter (23 percent) say it’s because of their perception that these funds underperform the broader market. Those numbers have changed little in the past three years Wealthmanagement.com has fielded the survey.

There is optimism inside for the funds advocates, however. Almost six out of 10 advisors (59 percent) say they see socially responsible investing being a bigger part of their practice in five years, driven largely by demand from younger investors. As those investors inherit money from the older generation, investing with an eye toward sustainability or impact may become a more routine conversation with advisors.

That’s the bull market case for these funds made by Karim Ahamed, a Chicago-based investment adviser for the $9 billion HPM Partners.

“We are increasingly seeing demand for SRI from our clients, particularly the younger cohort, so we are focusing on it more, both with traditional and alternative asset classes,” he says. For the traditional allocation, HPM uses the Mirova Global Sustainable Equity Fund (ESGMX); for alternatives, Goldman Sachs’ Impact Private Equity Managers initiatives, which provides access to a diversified group of managers.

The WealthManagement study showed that 76 percent of 314 respondents believe that millennials born between 1980 and 2000 will constitute one of the three groups that will drive the greatest demand for SRI. (Women placed second at 61 percent, and college-educated clients third at 45 percent.)

“The main impetus is that this is what clients want,” Ahamed says. “If we don’t respond to that, we will make ourselves irrelevant. These young clients will inherent all the money from their parents and grandparents. If we’re not responsive to their needs, they’ll go to other avenues.”

But Dan Goldie, president of the high-net-worth-focused, $875 million AUM Dan Goldie Financial Services in Palo Alto, Cal., doesn’t see it that way. “I have a few, maybe 1 percent of my clients, who are interested in investing that way,” he says. “I think it’s admirable, but I also think it’s ineffective in having an impact on companies. Individual investors are too small to have any influence on what a company does.”

So he advises his clients against SRI. “It limits diversification benefits by restricting your holdings,” he says. “It’s far better to invest normally and take profits to support the causes you believe in.”

Tom Fredrickson, a New York City financial adviser who’s part of the Garrett Planning Network, stands somewhere in between Ahamed and Goldie. On one hand, he says he’s “not a big proponent of SRI” and simply focuses on attaining the best performance for his clients, with low costs. “You can do well in other ways, such as charitable contributions, without SRI screens.”

But like Ahamed, Fredrickson finds growing interest in SRI among his clients, especially millennials. Partly as a result, he says he’s slowly coming around to see the benefits of SRI. He thinks it can have a positive impact on corporate behavior. “Like many advisers, I just need to educate myself to get comfortable,” Fredrickson says. “Clients are dragging along advisers schooled in alpha and beta and used to looking at stocks in certain ways.”

Advisors may know in their hearts that SRI is a good thing, Fredrickson says. “But there’s a learning curve. It’s not laziness, but we’re stuck in a way of doing things.”

The raw numbers for exchange traded funds show that investor interest is growing, notes Dave Nadig, CEO of the research firm ETF.com, a subsidiary of Cboe Global Markets. Assets under management for SRI ETFs soared 39 percent in the 12 months through May 23, reaching $6.95 billion, according to ETF.com data. There are now 67 such funds.

Among 442 respondents to the WealthManagement survey, 77 percent use mutual funds to invest in SRI strategies, 44 percent use ETFs and 29 percent use separately managed accounts.

“People are starting to dribble in, because performance isn’t lagging” anymore, Nadig says. An ETF.com study found that over the 10 years ended March 31, the eight SRI ETFs that have been around that long all trailed the SPDR S&P 500 ETF (SPY). But in the last year, 26 of the 47 socially responsible ETFs that have been around at least that long, or 55 percent, outperformed the SPY. In the year through May 23, SRI ETFs averaged a return of 16 percent; the S&P 500 Index was up only slightly during the same time period.

It was always an issue of investors just looking for performance from SRI funds close to the S&P 500, Nadig says. “They’ve now been able to do that and keep costs down.”

SRI ETFs have an average annual expense ratio of 0.44 percent, according to ETF.com. You can find low-cost SRI ETFs for 21 to 22 basis points, compared to 6 to 7 basis points for regular low-cost ETFs, Nadig says. “For a lot of people that’s worth the money.”

His conversations with advisors suggest that any demand for SRI is coming from clients. That jibes with the WealthManagement survey, which shows that among the 314 respondents to the question asking for the primary reasons advisors offer, or plan to offer, SRI investments, requests from clients was No. 1 at 69 percent. A personal values-based view that this investing approach should be made available to investors was second at 55 percent.

The $2.7 billion money management firm Inverness Counsel in New York City offers new clients a questionnaire to determine whether they want to pursue SRI. “From a pure investment standpoint, the fewer restrictions I have, the better,” says Tim Ghriskey, chief investment strategist at Inverness. “But SRI is an important area to use, because it’s important to some of our clients.”

Less than 10 percent of Inverness clients are interested, but the number has doubled in the last five years, he says. Some of the clients are interested in avoiding companies they don’t like, such as gunmakers, polluters and tobacco companies. Other clients want to support companies having a positive impact on society, such as those that are in the alternative energy sector or are environmentally friendly. The Inverness questionnaire allows clients to choose which kinds of companies they want to avoid and which they want to target.

The growth of SRI is similar to that of smart beta investing, Nadig says. “Demand came first from institutional investors and then from retail. Now many institutions have ESG [environmental, social and governance] in their guidelines.” That pushes fees down and makes SRI investing attractive to retail advisers, he says.

In the past, SRI fund managers chose stocks by screening out negative companies and then selecting among the remainder. But now many managers choose stocks proactively, searching for companies that are both high performers and socially responsible.

Narrowly targeted funds topped the performance list for SRI ETFs over the past year. PowerShares Solar Portfolio (TAN) snagged the No. 1 ranking, with a return of 47 percent, WisdomTree China ex-State-Owned Enterprises Fund (CSXE) was second at 40 percent and PowerShares WilderHill Clean Energy Portfolio (PBW) was third at 31 percent.

But narrowing in on such sectors like clean energy or Chinese companies without state backing can be cyclical. So many experts are leery of tightly targeted funds. “We typically don’t focus on niche areas, because the market is inherently unpredictable,” Ahamed says.

For example, when fossil fuel prices are low, alternative energy companies suffer, because there’s less incentive for users to ditch traditional fuels. “Our thinking is that a broad-based diversified strategy enables us to provide strong returns,” he says.

Unlike other investment fads that seem to come out of asset management shops in waves, only to recede again, Nadig sees a “long, slow burn” for SRIs. “This is sticky asset allocation money, not flavor of the week money,” he says.