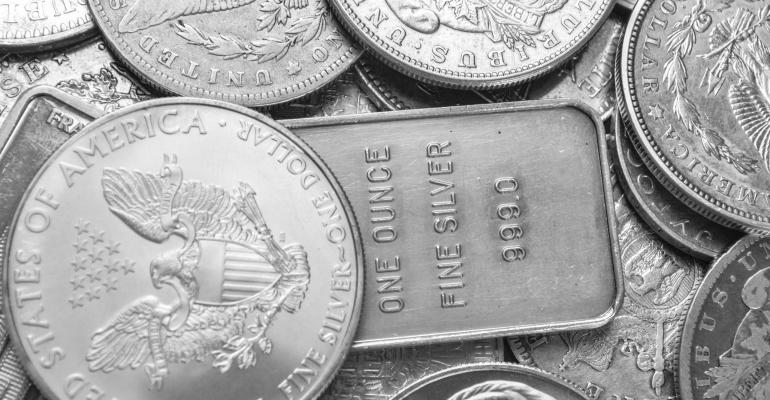 Silver Poised for Growth Amid Favorable Supply and Demand Trends

As the Fed mulls its next move and economic uncertainty persists, conditions within the silver complex are trending towards growth.

While Federal Reserve tightening expectations and the collapse in commodity prices continue to provide downward pressure on silver prices, favorable supply-and-demand trends are accelerating, laying the foundation for a silver comeback.

Silver now appears to have reached an inflection point where lower prices have boosted demand and depleted enough supply to support price gains.

In fact, imports of silver into India and China have both increased about 20 percent so far in 2015 on the back of silver prices that are likely to average the lowest since 2009. Over 40 percent of total silver supply (including scrap) is on pace to be absorbed by India and China imports alone in 2015.

In the aftermath of the global financial crisis, year-over-year retail sales peaked early in 2011 and have been trending lower since. Over the same period, as the silver price has declined, U.S. mint silver coin sales have reached new records, on pace in 2015 to almost double the amount of coins sold in 2012. Yet, despite this increase, the total U.S. dollar amount of U.S. mint silver coins sold in 2015 is on pace for about 15 percent decline compared to 2012 – a prime example of lower prices boosting demand.

In addition to higher demand, supply is declining.

Also, the market must process a scenario in which Fed tightening expectations do not come to full fruition or if a potential rate hike ends up a misfire. Evidence is growing that the U.S. economy is slowing and concerns about deflation are on the rise.

From year ago levels, despite generally improving employment indicators, the following are trending towards a potential recession:

But what if the Fed takes a more aggressive stance on raising interest rates?

More aggressive than expected rate hikes, would likely only come on the back of a stronger than expected recovery. While rate hikes would likely shore up the dollar and pressure silver, market watchers are quick to point out silver’s resilience. In fact, silver ended October as the best performing precious metal in 2015 and is down only about eight percent over the past 12 months, compared to the 28 percent decline in the Bloomberg Commodity Index.

As the Fed mulls its next move and economic uncertainty persists, conditions within the silver complex are trending towards growth, and investors looking to capitalize on a market poised for gains should take a closer look at silver.

Steven Dunn is Executive Director and Head of Distribution at ETF Securities (US) LLC (www.etfsecurities.com).

The ETFS Silver Trust is not an investment company registered under the Investment Company Act of 1940 or a commodity pool for purposes of the Commodity Exchange Act. Shares of the Silver Trust are not subject to the same regulatory requirements as mutual funds. These investments are not suitable for all investors. Trusts focusing on a single commodity generally experience greater volatility. There are special risks associ­ated with short selling and margin investing.

Commodities and futures generally are volatile and are not suitable for all investors.

Shares in the Trust are not FDIC insured and may lose value and have no bank guarantee.