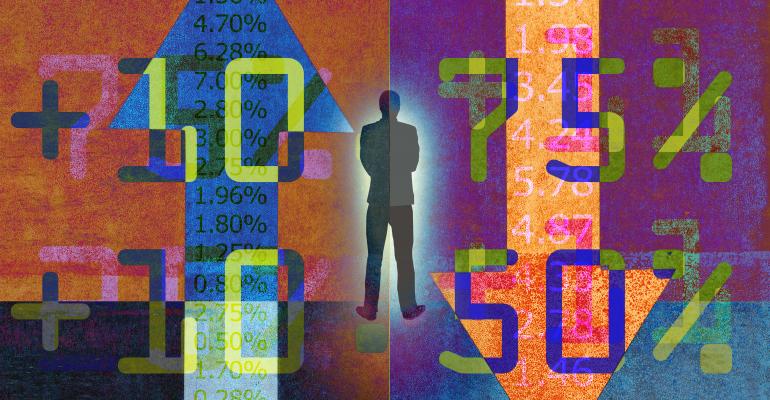 Shift From Active to Passive Approaches Tipping Point in 2019

If the current trend holds, ETFs will surpass mutual funds and top 50 percent of assets in 2019.

(Bloomberg) --A line between active and passive funds is set to cross next year.

When it comes to mutual funds and exchange-traded funds that buy U.S. stocks, those that passively track indexes now hold 48 percent of assets, according to estimates from Morningstar Inc. They’ll top 50 percent in 2019 if the current trend holds.

That would mark a tipping point for the investing industry, which for decades built its stature on the prowess of stock-and-bond pickers seeking to beat the markets. In recent years, investors have ditched those active managers in favor of ETFs and other index funds, which typically offer a way to get market exposure at far lower fees. The shift continued this year even as the benchmarks the passive funds follow wobbled and fell.

“I’d expect the trend from active to passive to continue,” said Benjamin Phillips, a consultant with Casey Quirk. “It’s not simply investors grabbing the tail of the bull -- it’s a secular shift in how advisers are building portfolios.” 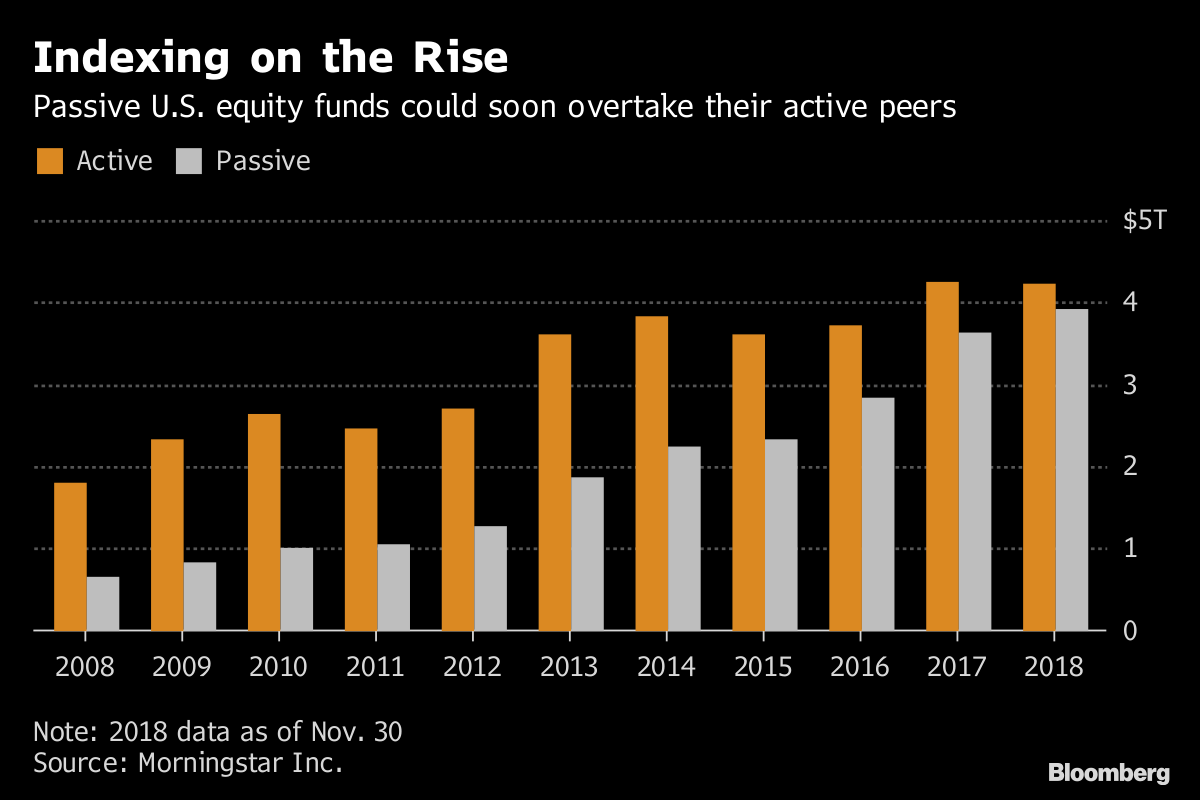 Beyond U.S. equities, the power balance tilted broadly to index funds in 2018. The move was less pronounced in bonds, where money managers have more consistently outperformed their benchmarks. Investors pulled an estimated $150 billion in the first 11 months of the year from actively run funds across asset classes, excluding money markets. In contrast, they added $395 billion to passive funds, according to Morningstar.

The divide was especially dramatic in November as market volatility picked up. Active funds lost more than $50 billion to redemptions while index funds took in a similar amount.

Mutual fund outflows could accelerate if investors cashing out amid recent volatility choose to use ETFs when they reinvest.

It isn’t all positive for passive funds in 2018. While they added market share, their flows will fall well short of 2017’s record of almost $700 billion in contributions.

Here’s a look at how the biggest fund companies are faring: