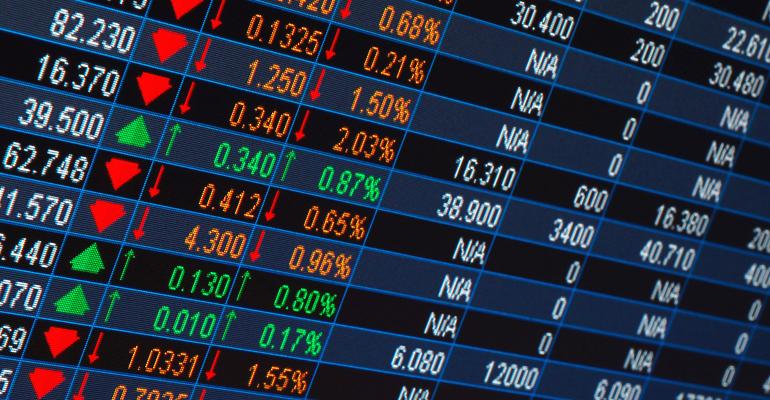 Sector ETFs Are Drained at Record Pace With ‘No Door Out’

Roughly $11.9 billion has been pulled from sector exchange-traded funds so far in May, putting the category on track for the biggest monthly drawdown on record.

(Bloomberg) -- Traders are offloading sector-specific funds at the fastest pace on record as the looming bear market seemingly spares no corner of the equity world.

Roughly $11.9 billion has been pulled from sector exchange-traded funds so far in May, putting the category on track for the biggest monthly drawdown on record, Bloomberg Intelligence data show. That’s the first time those ETFs have posted net outflows since September 2020.

The magnitude of the withdrawals speak to the breadth of the stock market selloff as the Federal Reserve tightens monetary policy in the face of sky-high inflation. Money has exited from every category except for consumer staples, which is clinging to $154 million of inflows as consumers shift their spending to essentials amid building price pressures. While past episodes of broad-based sector episodes have proceeded the Fed swooping in to soothe markets, no such relief is expected now, according to Bloomberg Intelligence’s Eric Balchunas.

“Given how much traders rotate between the sectors themselves, whenever you see almost all of them with outflows, it is a bad sign because it shows nothing is working, there’s no door out,” senior ETF analyst Balchunas said.

The S&P 500 fell as much as 2.5% Tuesday before paring losses. Nearly every sector has dropped so far in 2022, except for energy, which rallied as Russia’s invasion of Ukraine fueled a spike in commodities.

While investors have pulled money indiscriminately from sector funds, performance is far from uniform. BI data show a record 85 percentage-point spread between the best- and worst-performing sectors over the past trailing 12-month period.

The raft of sector ETF outflows follows a record $119 billion haul in 2021. To State Street Global Advisors, a leading issuer of sector-specific funds, the outflows are a byproduct of traders shifting their exposure as bearish sentiment reigns.

“It’s not good. It’s general risk-reduction,” Matt Bartolini, head of SPDR Americas Research at State Street, said on Bloomberg Television’s “ETF IQ” program Monday. “The market will eventually start to find some form of a bottom and overall, sectors are a really strong-form of alpha-generation and if we take a longer-term view, their use-case in portfolios continues to remain intact.”

Where exactly the bottom for stocks lies is a topic of fierce debate. Even as the S&P 500 briefly dipped into bear market territory on Friday, remarkably average trading volume and a relatively contained Cboe Volatility Index suggested that the selloff isn’t yet showing signs of capitulation.

“Pair-wise correlations in the S&P 500 are still below average, and a long way under the above-normal levels that usually characterize market distress, a worrisome sign that a long-term bottom is elusive,” she wrote Monday.