The SEC blocked the approval of ETFs from ProShares, GraniteShares and Direxion.

(Bloomberg) --The U.S. Securities and Exchange Commission rejected another round of attempts to list exchange-traded funds backed by Bitcoin, blocking ETFs from ProShares, GraniteShares and Direxion on concern prices could be vulnerable to manipulation.

In a trio of orders posted on the agency’s website Wednesday, the commission said proposals to allow the funds failed to show how exchanges seeking to list the products would “prevent fraudulent and manipulative acts and practices.”

The SEC had already denied a request to list a Bitcoin ETF run by twins Cameron and Tyler Winklevoss in late July, citing a similar rationale. In that case, it wrote that the platform that would have listed their fund failed to prove the underlying market was “resistant to manipulation.” 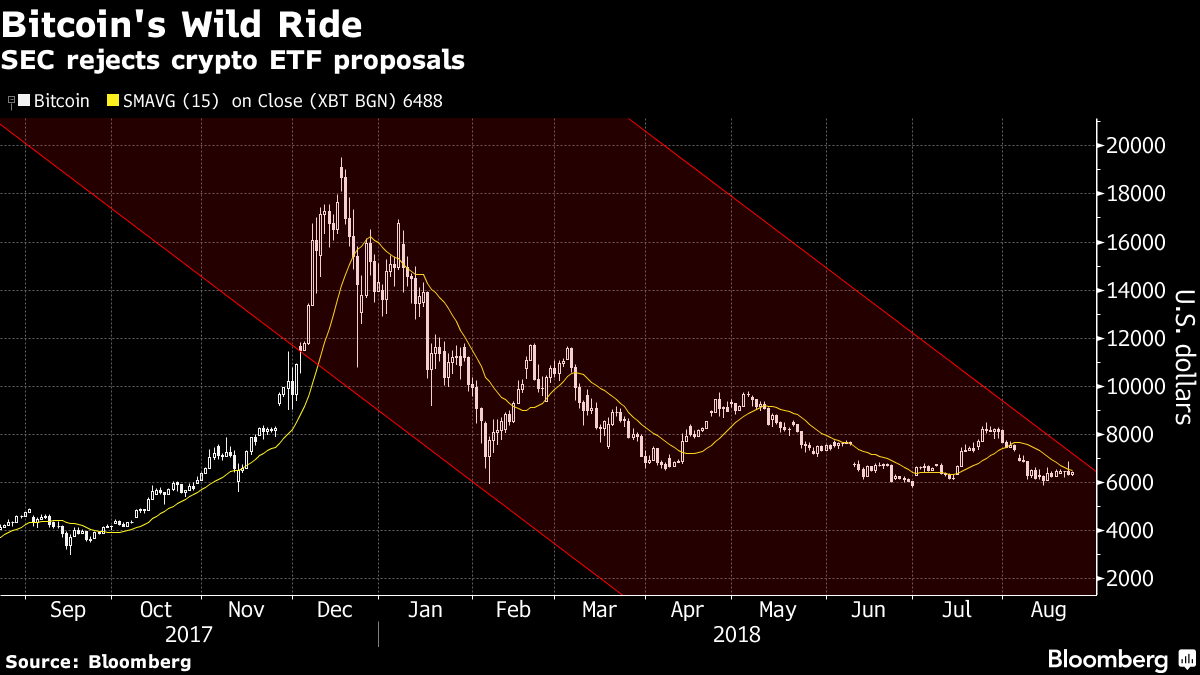 The SEC’s resistance to crypto ETFs has taken a toll on Bitcoin’s price this year. But the earlier ruling had been widely viewed as a bad sign for remaining proposals -- sapping some of the surprise from Wednesday’s decisions. After plummeting more than 50 percent this year, the top cryptocurrency rose about 1 percent in early trading on Thursday in New York to around $6,400.

“The commission emphasizes that its disapproval does not rest on an evaluation of whether Bitcoin, or blockchain technology more generally, has utility or value as an innovation or an investment,” the regulator wrote Wednesday. Rather, it disapproved because “the exchange has not met its burden.”

There’s now just one Bitcoin ETF awaiting a decision from the regulator on whether it can list. The SEC has pushed back a ruling on that product -- from VanEck Associates Corp. and SolidX Partners Inc. -- until at least September, and could ultimately take through February to make up its mind.

While the denied ETFs all planned to use futures, VanEck’s fund would be directly backed by Bitcoin. Analysts see it as having more chance for approval because it plans to start with a high minimum share price to discourage retail investors, and would be insured.