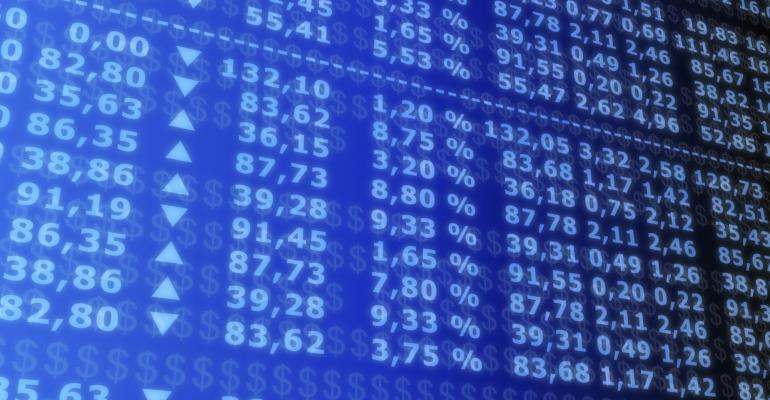 Janus Henderson filed for the Janus Henderson B-BBB CLO exchange-traded fund (JBBB). If approved, it’ll invest at least 80% of assets in securities rated from BBB+ to B-.

(Bloomberg) -- When the first ETFs tracking collateralized loan obligations arrived, worries about easing access to these complex securities were assuaged by the fact the funds targeted only the highest-rated debt.

Just over a year later the market is taking the next inevitable step: A fund loaded with loans rated BBB or lower is on the way.

Janus Henderson on Wednesday filed for the Janus Henderson B-BBB CLO exchange-traded fund (ticker JBBB). If approved, it’ll invest at least 80% of assets in securities rated from BBB+ to B-, according to the application.

Theoretically it means that any investor, from mom and pop to the Reddit crowd, can have access to packages of leveraged loans issued to riskier U.S. companies. That stirs concern in some money manager corners they could end up buying something they don’t fully understand.

“I don’t think retail really needs to be getting into CLO BBBs, and I don’t love packaging less liquid instruments into liquid wrappers,” said John McClain, a high-yield bond portfolio manager at Brandywine Global Investment Management. “Dipping down in the stack you are picking up pennies in front of a liquidity steamroller if the market shuts down.”

CLOs are a cousin of collateralized debt obligations, which became notorious for their starring role in the 2008 financial crisis. There are several major differences, however, not least that CDOs bundle loans to consumers rather than businesses.

Historically they haven’t attracted much retail investor interest. While that was originally because of their inaccessibility, the launch of AAA and JAAA last year suggests a deeper skepticism. Neither ETF has attracted huge flows, with AAA holding just $10 million in assets while JAAA boasts $224 million thanks to a $100 million influx this year.

The new fund “will serve a very niche audience who would likely have bought this stuff anyway but likes the convenience of an ETF,” said Eric Balchunas, an ETF analyst with Bloomberg Intelligence.

The filing comes amid a red hot CLO market, where U.S. sales are inching closer to a new annual record. CLOs buy leveraged loans which are all floating rate, so theoretically benefit in an environment of rising yields.

At the same time, the average credit ratings of loans in CLOs has been improving, as debt graders have been lifting scores and fund managers have focused on higher-quality credits, Barclays strategists said last week.

Read more: Strategists Can’t Keep Up With CLOs as Volumes Near Forecasts

A spokesperson for Janus Henderson didn’t immediately respond to a request for comment.

--With assistance from James Crombie.