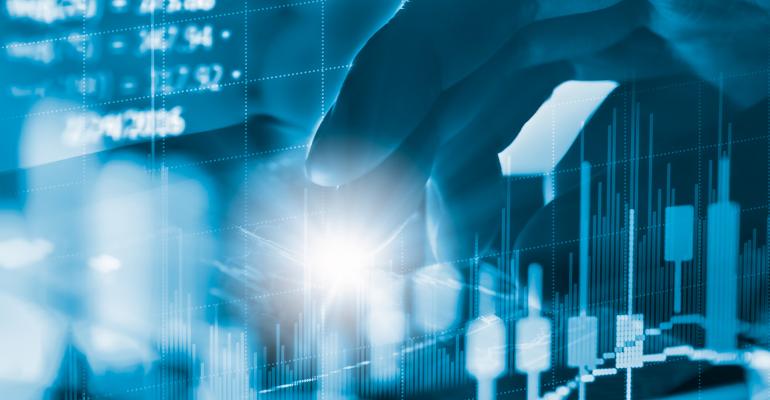 Ready For An American Funds ETF?

The SEC has opened the door for asset managers to launch non-transparent actively managed ETFs this year. CFRA thinks the funds will be successful in gathering assets, but not at the expense of traditional index-based ETFs.

U.S. actively managed equity mutual funds have been bleeding assets to index-based mutual funds and ETFs in recent years, but soon they may be leaking money to actively managed ETFs, too. In a move Monday that surprised my research firm CFRA, the SEC opened the door for asset managers to launch non-transparent actively managed ETFs this year. This could spur more fund launches and give advisors and investors that still favor active management a way to gain access to their preferred strategies while keeping some of the benefits of ETFs such as tax efficiency, intra-day trading and liquidity. Active ETFs with transparent portfolios already exist, but they are a small slice of the ETF landscape. Many active managers have avoided the ETF structure as they believe daily transparancy would limit the effectiveness of their portfolios, and some firms have been working with the SEC to approve a non-transparent ETF structure.

The SEC tentatively approved a filing from Precidian ActiveShares that sets the stage for asset managers to ultimately launch actively managed ETFs. Yet these funds, if approved, would trade and operate in the same manner as the crop of already established transparent actively managed ETFs, we believe. The creation and redemption of new ETF shares would be supported by authorized participant representatives who would know the daily portfolio holdings.  Asset managers would benefit from not needing to keep cash available to support inflows/outflows, nor worry as much about passing along capital gains; more importantly these managers might no longer fear front-running by other investors.

ActiveShares has already been licensed by some prominent asset managers including American Century, BlackRock, Capital Group, JPMorgan and Legg Mason, though these firms would need to gain approval for individual products. There are other non-fully-transparent filings with the SEC from other firms that could similarly be approved.

Four of these five firms already have an ETF presence ranging from those just getting started (American Century) to some further along (JPMorgan and Legg Mason) and the ETF industry leader based on assets (BlackRock). Meanwhile, Capital Group is the firm behind many highly popular active equity mutual funds.

However, we soon could see ETF versions of successful actively managed equity strategies from these firms. For example, American Century Ultra Fund (TWCUX) is a large-cap growth fund that has more than 40% of assets in its top 10 holdings.  While American Century shows QGRO’s largest holding to be Intuit as of April 8, TWCUX’s largest holding of Apple is only as of January 31. American Century does not have to disclose mutual funds daily as they currently do with ETFs. CFRA thinks through the Precidian relationship, a version of the Ultra fund could be launched with a similar lack of daily transparency to shareholders.

We are also hopeful to see a future launch of Capital Group’s American Exchange Traded Funds, following similar strategies used for American Funds Growth Fund of America (AGTHX) and American Funds American Mutual Fund (AMRMX). American Funds has a strong brand and loyal following with advisors and individual investors. The firm has a wide array of actively managed strategies with strong risk adjusted records that could be created as an ETF.

According to Capital Group’s website, AGTHX’s largest holding was Facebook but this was as of February 28. Management may have added to or reduced exposure to the stock since then, but investors would not be made aware to the next disclosure as they would not if an ETF were to be launched.

To be clear, any new offering would be its own fund with a unique track record, not an ETF share class of the existing American Funds, American Century fund other pre-existing portfolio.

CFRA does not think many investors who fled active equity mutual funds and moved to lower-cost index-based ETFs are likely to return to an active asset manager offering a more expensive and non-transparent strategy that has just some of the characteristics of the ETFs they’ve grown accustomed too. Yet, there are also some investors who have confidence in active management, are comfortable with the limited disclosure common to mutual funds and will benefit from some of these same ETF traits. We think the pending Precidian-based funds could be successful in gathering assets, though we see a risk they will cannibalize some of the firm’s existing mutual fund base.

The full article was originally published on MarketScope Advisor on April 9, 2019. Visit www.cfraresearch.com for more details.