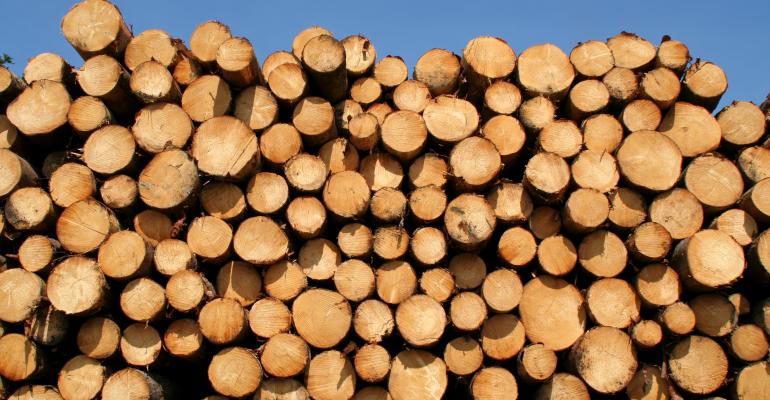 The frenzy for raw materials now accounts for more than half of the 20 best-performing exchange-traded products this year.

(Bloomberg) -- The turbulence in the commodity complex this week looks like a much-needed cooldown, if signals from the $6.3 trillion U.S. ETF industry are anything to go by.

With an American economic revival underway, the frenzy for raw materials now accounts for more than half of the 20 best-performing exchange-traded products this year. That’s a rare degree of outperformance for the inflation-sensitive sector.

Even after Wednesday’s big swoon, investors have allocated $2.6 billion this month to track everything from lumber and corn to oil as consumer activity picks up, construction surges and supply-chain bottlenecks intensify.

Small wonder that issuers are chasing the trend. On Thursday, Aberdeen Standard Investments filed for two broad commodity ETFs and an industrial metals fund. Earlier this week, Tidal ETF Trust filed for the SonicShares Global Shipping ETF, a chunk of which will be allocated to companies transporting commodities in bulk.

It all underscores demand for investing styles that ride the early-cycle boom. At the same time, hot passive money is flying into the sector rapidly -- lowering the bar for market volatility.

“The economy has just come back quicker than anyone anticipated,” said Keith Lerner, chief market strategist at Truist Advisory Services. “It takes time to bring plants back on and some of these processes on the commodity side, you can’t just flip a switch.”

Commodity ETPs are on course to lure the most new cash since at least August 2020, according to data compiled by Bloomberg. It’s a drastic shift from last year, when a slate of tech and thematic ETFs took center stage as the pandemic raged.

High expectations for price growth are playing a key role.

“Everyone is talking about inflation,” said Phil Toews, chief executive officer of asset manager Toews Corp. “One clear hedge for inflation is having some commodity exposure.”

Commodities are an input to the global growth engine that tend to contribute to and correlate with inflation. ETFs holding them usually do well during periods of rising price pressure, according to Tom Essaye, a former Merrill Lynch trader who founded “The Sevens Report” newsletter.

At Invesco, all but one of its nine U.S.-listed commodity ETFs are in the green this year, and more than half are beating the S&P 500 Index. Year-to-date inflows for the group are currently outpacing record levels seen in 2009, according to Jason Bloom, head of fixed income and alternatives ETF strategy at Invesco in Downers Grove, Illinois. That’s taken assets in the funds to almost $10 billion, Bloomberg data show.

“We do see a basis for higher inflation (though not problematic) over the next five to 10 years, and think it makes sense for investors to position their portfolios for that,” said Bloom. “Adding commodities is really the most potent inflation hedge.”

The highest-flying commodity products aren’t all very big, or liquid. The best performing ETP in the U.S. this year is the iPath Bloomberg Tin Total Return Sub-Index ETN (ticker JJTFF), with less than $1 million in assets and a handful of trades.

It’s joined in the top five by the $1.5 million iPath Bloomberg Precious Metals Total Return Sub-Index ETN (JJPFF), which has also hardly traded. The pair have returned 343% and 163%, respectively.

Others in the list tell a clearer story about the materials-linked boom. The $113 million Breakwave Dry Bulk Shipping ETF (BDRY), which tracks the cost of transporting bulk commodities like coal or iron ore, is the second-best performing fund with a 233% return.

Of course, the billions of dollars flowing to commodity products risk creating a crowded trade, vulnerable to a big unwind if inflation expectations prove too high.

That was thrown into sharp relief Wednesday as energy and commodities futures buckled amid a wider market drawdown. Things steadied on Thursday, though most raw materials remain lower after the bruising week.

All the same, investors can point to rising economic activity as grounds for continued optimism. Data Friday showed a measure of output at U.S. manufacturers and service providers advanced to a fresh record in May, underscoring solid demand that’s contributing to added inflationary pressures.

“Demand is starting to come back which is pushing up those prices,” Tom Hainlin, national investment strategist at U.S. Bank Wealth Management. “As those funds have done well, you see increased in investor interest.”

--With assistance from Vivien Lou Chen.