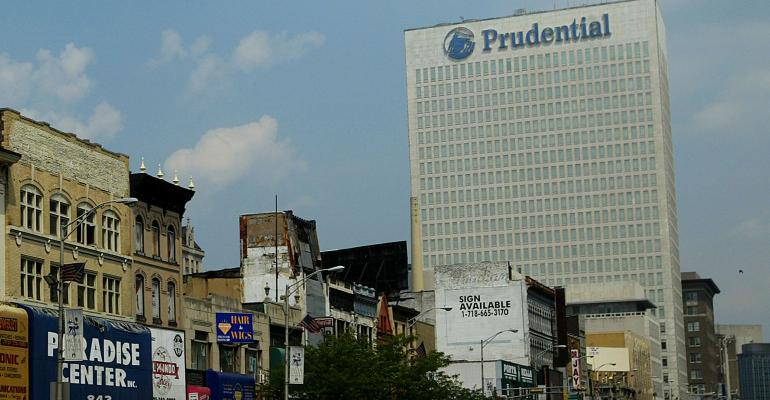 The company is evaluating ways to package both its quantitative and active strategies into ETFs.

By Katherine Chiglinsky and Rachel Evans

(Bloomberg) --Prudential Financial Inc. is looking to get into the $3.1 trillion market for exchange-traded funds, according to a person familiar with the matter.

PGIM Investments, part of the firm’s $1 trillion asset-management unit, is exploring steps to build an ETF business in the U.S. after gaining regulatory approval to start some funds, the person said, asking not to be identified because the decision hasn’t been made public. The company is evaluating ways to package both its quantitative and active strategies into ETFs, the person said.

Prudential, the largest U.S. life insurer by assets, joins companies including Principal Financial Group Inc. that have pushed into the ETF market in recent years. San Antonio-based United Services Automobile Association filed for permission to start a new line of ETFs earlier this year, and TIAA’s Nuveen hired Martin Kremenstein from Deutsche Bank AG in 2015 to lead a push into the market.

Linda Fung, a spokeswoman for Prudential, declined to comment on the ETF move.

While actively managed funds account for about 1 percent of ETFs in the U.S., cash has surged into such strategies this year, boosting assets to almost $40 billion as of the end of August, London-based research firm ETFGI LLP wrote in a report this week. Smart-beta equity ETFs, which shun indexes weighted by market capitalization in favor of other quantitative factors, climbed to almost $560 billion, a separate study from the company shows.

Prudential’s move will expand the capabilities of PGIM Investments, which oversees $90 billion, beyond offerings such as mutual funds and target-date funds. PGIM Chief Executive Officer David Hunt previously said that the asset manager had evaluated getting in on the trend toward passive investing but decided not to because margins were too low.

The Newark, New Jersey-based insurer is a rival of Prudential Plc, which is based in the U.K.