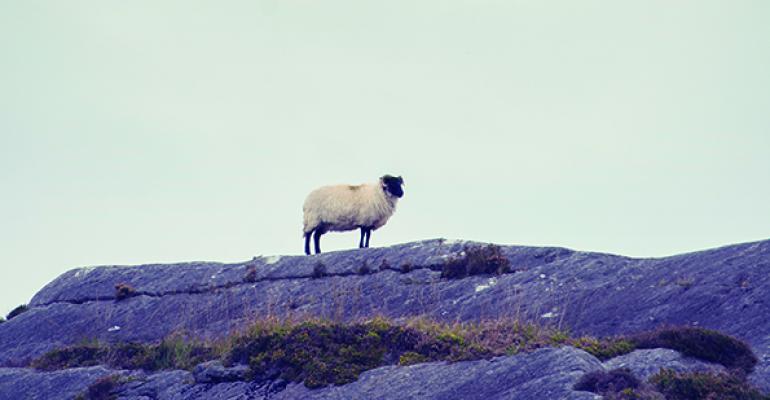 The Problem With Being A Passive Sheep

Over a third and growing quickly. That's the share of the market (SPY) that's now comprised of blind sheep passive indexers

Over a third and growing quickly. That's the share of the market (SPY) that's now comprised of blind sheep passive indexers.

That much passive money is nothing to sneeze at. Call me old-fashioned, but I was originally led to believe that the function and role of markets in a capitalist society was to direct capital to its most productive end - you know, Smith's "Invisible Hands" and the productivity/profit link and all that jazz.

So what happens when instead of being deployed by thinking profit-driven investors… a growing portion of a nation's savings are invested with the same diligence generally utilized by a co-worker choosing donuts for his office mates: "Umm...yeah, I'll take two dozen of whatever you got?"

That's the question research firm Sanford C. Bernstein asked in a recent piece comparing the current passive investing craze to a lesser form of Marxism - it being appropriately…