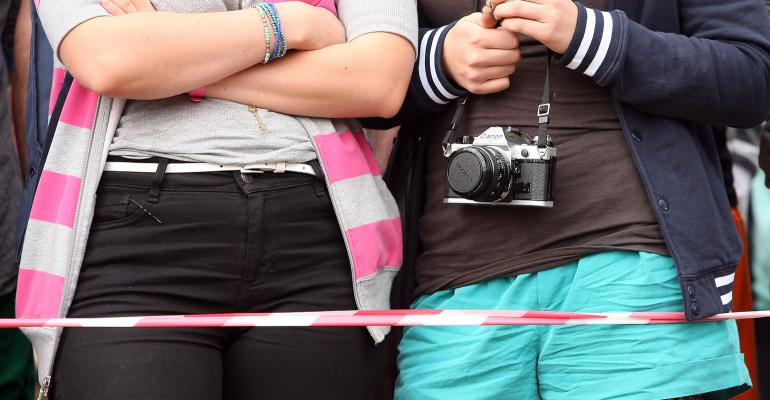 Probing the Millennial Mind in the Evolving World of ETFs

Rethink branding, marketing and product development strategies that speak to the next generation of investors.

It’s no secret that millennials have had a budding love affair with the exchange traded fund industry. By now, we’ve all witnessed the powerful lure of transparency, diversity, lower costs and user-friendly structures for the younger generation. But for ETF providers trying to distinguish themselves in a marketplace of wildly abundant choices, the landscape can be daunting. That’s why it’s become critically important for firms who want to stay competitive to rethink branding, marketing and product development strategies that speak to this generation’s needs.

Millennials, now the largest market segment in the U.S. with over 75 million people, still remain a largely untapped base for many financial services firms.1 ETF providers often struggle with how to gain access to these investors, who rely heavily on self-directed platforms and “robo advisors” based on ETF models. Millennials are still drawn to the fundamental attributes of the industry, and evaluate funds based on whether they offer the right exposure at the cheapest price. But firms need to also think beyond these basics, and consider the psychology that draws these investors to particular access points and product features, if they want to remain relevant in this space.

ETF assets in the U.S. hit nearly $2.4 trillion in September of this year and saw a 12-fold net asset increase between 2003 and 2014, according to the Investment Company Institute. And demand is only expected to get stronger. A recent Charles Schwab survey2 indicated that 60 percent of millennial investors see ETFs as potentially their primary investment type in the future, compared to 28 percent of all investors. Millennials, born between 1981 and 1997 (in 2015), have essentially grown up with ETFs, watching the industry develop from its infancy after its launch in the 1990s and head into the rapid expansion of recent years. The products carried a certain cachet the mutual funds of their parent’s generation did not, opening more markets at a lower cost, with a transparency that allowed them to peer in at their holdings regularly.

As the relationship between millennials and ETFs matures, we can gain insights into investment perspectives which could influence marketing strategies. Securian3 reported in a recent survey that 42 percent of millennial investors say they are very knowledgeable about investments, compared to 17 percent of baby boomers. Some may conclude from that that millennials are overconfident about their abilities, but that number could also indicate that their outlooks were shaped by their financial environments. Older millennials severely impacted by the 2008 financial crisis, for instance, may be overly cautious when making investment decisions. Experiencing the failure of large banks or even the 2000 dot-com bubble burst in their teen years could alter their views on ETF investing. But younger millennials who didn’t see a major portion of their 401(k) funds wiped out might navigate the market more boldly, especially if they’ve only known one where equities had a strong run. In that case, a lack of experience and shorter memory span may be more an issue than overconfidence. Millennials who have racked up significant school loan debt may approach these products differently than those who didn’t.

Additionally, ETF providers should consider not just what millennials want to invest in, but how they want to gain exposure to that investment. They may, for instance, gravitate toward commodities, but seek a different exposure to those commodities to match their risk profile.

We also know this generation values social impact issues and identifies opportunities to invest with a “purpose,” in addition to seeking healthy returns. Many providers have clamored to develop products with heavily-crafted themes that appeal to emotion and a sense of principle, but fall short when they lack an organic connection and feel like a gimmick instead. Firms who launch thematic investment products should carefully consider what issues resonate with millennials and why. Many have grown up in a “cyber” world, for example, and connect to companies that tackle cybersecurity issues. A small-cap growth fund may not mean much, but rebranding that fund with a cybersecurity name to showcase the type of company it invests in may gain significant traction. Sometimes, it’s simply about uncovering the message a firm already embraces.

Millennials have dramatically changed how we think about the ETF industry, how we position products, and how we shape the marketing strategies around them. They will continue to influence how we work, interact and invest, and their behaviors will eventually become the norm. We should always be looking for ways to make products cheaper and more accessible, but we also need to think of millennials as people whose emotions and experiences shape their financial outlook. That way, our message will resonate on a deeper level with this generation we can’t afford to ignore.