/sites/all/themes/penton_subtheme_wealthmanagement/images/logos/footer.png
Recent
Recent
Maddy Dychtwald – Women & Financial Wellness: Beyond the Bottom Line
May 24, 2022
Marriott Plans to Restart Share Buybacks on Rapid Hotel Recovery, CEO Says
May 24, 2022
The Search for Sustainable Investment Leaders
May 24, 2022
Nine Must Reads for the CRE Industry (May 25, 2022)
May 24, 2022
Featured
The 10 Best and 10 Worst States in Which to Retire in 2021
Jul 15, 2021
Poll: 15 Classic Books on Investing and the Markets
Apr 03, 2020
Fifteen Must-Listen Business Podcasts for Advisors
Aug 14, 2020
Celebrity Estates: Jay Leno and Planning for Classic Car Collections
Feb 22, 2022
Pershing INSITE
brought to you by 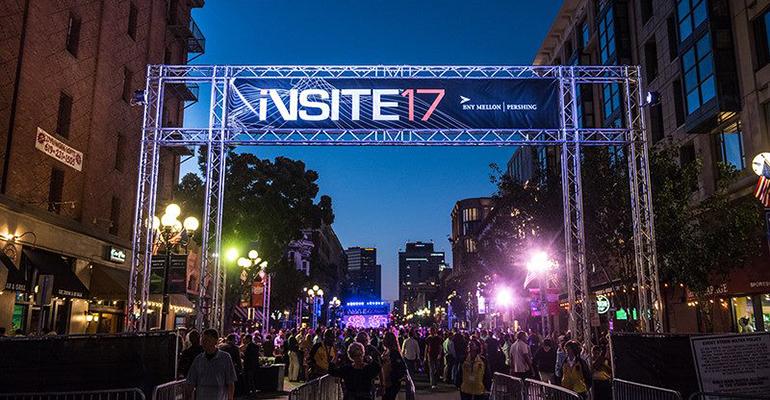 Financial advisors asked Pershing to help lower costs so they eliminated explicit fees for some funds.

The new FundVest ETF platform — which all Pershing clients will have access to — requires no purchase minimums or holding period, said Justin Fay, Pershing’s director of Financial Solutions who is responsible for alternative investments and ETFs.

Pershing announced it was working on the FundVest ETF platform at its 2016 INSITE conference for financial advisors. Advisors and other clients had been asking Pershing to help lower explicit costs through an ETF platform similar to the firm’s longstanding FundVest for mutual funds, Fay said.

The platform for mutual funds has been around for more than 20 years, but interest in ETFs has surged recently.

State Street is one of the biggest players in the ETF space. Together, the Boston-based investment management business, BlackRock and Vanguard oversee 83 percent of the U.S. ETF market and the 50 largest funds in the world.

Pershing intends to add more fund providers, but Fay said there is no definitive timeline for when that will happen or what companies they will partner with.

Fay also would not comment on Pershing’s partnership with State Street or lack of one with Vanguard or BlackRock.