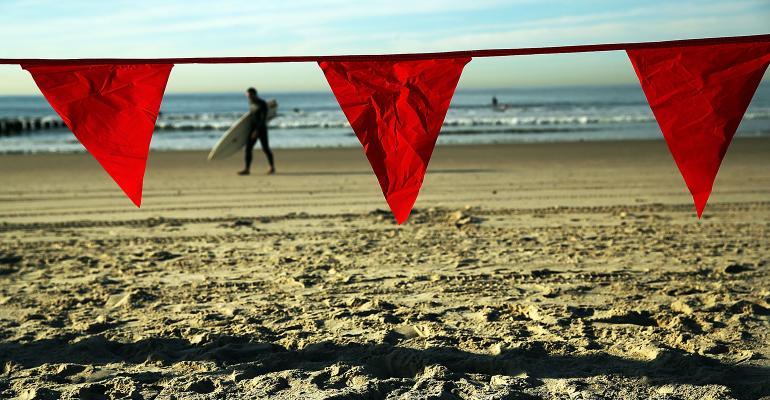 Investors should be forewarned that passive strategies are as cyclical as anything else and red flags have emerged that warrant caution.

If the passive management crowd is to be believed, actual stock picking will soon be an anachronism that belongs alongside age-betraying habits such as hard candy and AOL email accounts. Active funds—their narrative goes—have collectively underperformed in the U.S. stock market since 2008, making cheap index investing and “Smart Beta” the default option for investors seeking exposure anywhere, but purely niche markets. What this account conveniently ignores, beyond the fact that actively managed strategies can hardly be categorized in one all-inclusive bucket, is that both index investing and stock picking are generally considered to be highly cyclical. In fact, both investment philosophies have enjoyed multiple and sustained periods of outperformance over the past 30 years.

Passive strategies have historically done best during speculative bull markets or in the final stages of extended bear markets, when there are typically fewer and smaller price movements for active managers to capitalize on. Active strategies, in contrast, perform best when corporate fundamentals are driving returns, especially when bear markets begin or when bull markets resume. It’s worth noting, too, that the latter scenario also favors value over growth for those keen on differentiating between disparate segments within active strategies.

To be sure, though, it’s unrealistic to expect managers to outperform their benchmarks every year, or avoid any periods of underperformance when the underlying investment theses require time to materialize. Active managers would naturally struggle to outperform in a bull market during which S&P 500 has largely trended upwards in a straight line. That being said, truly active managers that can identify idiosyncratic risk have indeed been able to outperform their benchmarks over the past eight years, even on an after-fee basis. Yet, looking holistically across the entire universe of active strategies, as most passive advocates do, the sheer magnitude of this bull market and the central bank liquidity driving it has conspired against active funds. Cheap debt and big flows of capital into passive vehicles have fed on themselves. It’s a replay of the mid-1990s, when the market shifted to relatively inexpensive exchange traded funds in response to high fees and subpar returns.

Smart beta funds have become so inexpensive and so ubiquitous that there are now more ETFs in this category than there are actively managed large-cap funds. As a result, many stocks are simply being driven by factor or stylistic reasons rather than corporate fundamentals. A corollary is that many of the more common “smart beta” factors have become such crowded trades that they are almost distorting the market. Reason would dictate that the most profitable companies would be in demand in a low-growth environment such as today. Ironically, many are trading at near all-time lows relative to the market valuations. The last two times this happened—between 2000 and 2002; and between 2008 and 2009—should at least give pause to those investors satisfied with merely riding the index.

This year, thanks to ETF demand, high dividend stocks have generally outperformed—just as they did in 2012 and early 2013—ahead of the Taper Tantrum, when the Fed scaled back its bond-purchasing program. That led to a massive reversal for these equities that had served as bond proxies for many income investors. At the time, high-dividend payers were thought to be just as safe as bonds, yet investors got predictably burned. In the years ahead of and following the Taper Tantrum, the S&P High Yield Dividend Aristocrats Index, comprised of the highest yielding domestic equities, represented one of the more volatile segments across all stocks. Prior to the Fed’s decision to pull back on the bond-purchasing program, the index had been outperforming the S&P 500 by nearly 4 percent, and in the year that followed, lagged the S&P 500 by nearly 5 percent, representing a roughly 9 percent reversal over that time.

It’s a salutary reminder of the risks of piling into indices that are weighted by market capitalization. It also shows that passive investors aren’t only giving up the potential to outperform the market, they may be exposing themselves to meaningful unrealized factor risks and potential losses. Hence, it is imperative to remember that active management isn’t solely about finding the idiosyncratic opportunities that translate into alpha; it’s about managing the downside during periods of higher market volatility.

The function of capital markets is to allocate resources to the most productive uses and the best managers of those businesses. If fewer investment managers are doing the fundamental analysis needed to pick the best stocks and avoid the worst, the market’s capacity to price shares efficiently will eventually be undermined. In the United States, index funds and smart beta strategies constitute roughly half of the investment funds operating today. This translates into a market in which these passive strategies effectively magnify the noise, while overlooking the signals that reflect the market’s intrinsic value. It’s not unreasonable to think that an inflection awaits those who overlook the qualitative analysis needed to identify bubbles; and steer clear of market risks that can’t be discerned by an algorithm or screen. As the godfather of value investing, Benjamin Graham, said, there’s no such thing as passive investing. Any investment that isn’t based upon thorough analysis, promising the safety of principal and an adequate return, is merely “speculation.”

Daniel Farren is a senior portfolio analyst for Boston Partners.