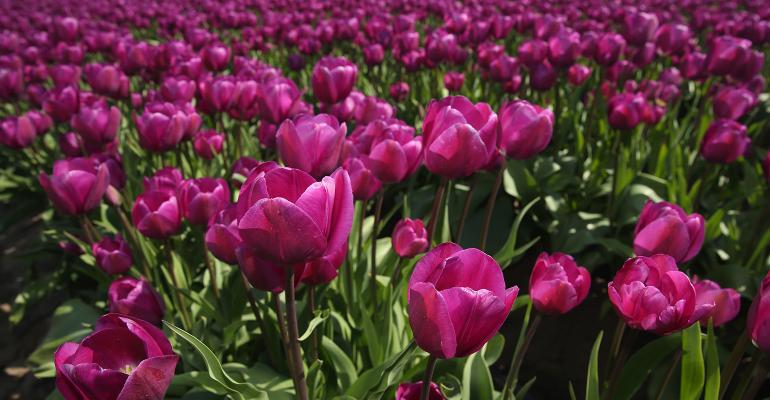 Is the Passive Indexing Craze the New Tulip Bulb Mania?

The rise of passive indexing plus the Fed's monetary policies show all the signs of a bubble.

The intense focus on passive versus active is setting investors up for another "tulip bulb" market mania event that could destroy more investor wealth and capital than the Financial Crisis.

To keep up with the constant feedback loop created by the news cycle, the mainstream media has reduced the concept of active investing to outperforming an index by the minute, hour, day, week, month, quarter, year and longer periods. They tout studies that show most managers don't outperform passive indexes all the time, helping to drive investors to the conclusion they should only invest in passive, low-cost index products. The trend is well-confirmed with capital flows from active to passive, which is accelerating as the bull market has extended for years.

Active managers who benchmark against an index will typically have a goal of outperforming the benchmark over long periods of time, but beating an index over every conceivable time window is impossible and not a sustainable strategy. Some managers focus on outperforming an index on a risk-adjusted return basis, while others are index agnostic with the goal to actively manage risk to capital to improve capital performance with the lowest risk possible over an investor’s lifetime. This more complex backdrop of active product goals does not neatly fit into the current active versus passive storyboard, so it is rarely discussed, but it is worth noting for the advisor community.

The Lurking Danger in Passive Indexing

Passive indexes generally outperform active during bull markets and especially when volatility is low and markets drift higher, as they have since 2009. The current bull market recovery has been supported by Fed monetary policy and has been carefully managed to create "Wealth Effect" spending by consumers. To promote spending, the Fed has intentionally created asset bubbles and managed markets to keep volatility low and asset prices high.

Naturally, passive products look good as markets move higher. They’re designed to replicate an index and, therefore, have a symmetrical return profile. Unfortunately, the same symmetry that investors like so much on the way up is what causes the most financial harm on the way down. In bear markets, passive products can fall just as much as the index, often as much as 50 percent or more, as we saw in 2000 and 2008. It’s time for investors and their advisors to pause long enough to remember those catastrophic losses.

We think the main reason for a potential liquidity trap is because access to financial information has been democratized over the last several years. The internet has allowed financial information and data to be instantly disseminated to retail investors. In turn, this has synchronized investor behavioral biases making markets more susceptible to major shifts in investor psychology. When investors down-shift — from the excessive optimism that exists now — to pessimism, the ensuing move to sell overpriced assets may cause another liquidity trap event. The concentration in passive index products points to the possibility that future bear market cycles will be faster developing, deeper and more damaging than previous cycles.

The Fed has a long history of raising rates too much and at the wrong time, and their most recent move is a classic policy misstep. The economy was growing at a 2.6 percent rate in 2015 when the Fed hiked them by 0.25 percent. They rationalized the hike by thinking the economy could handle a small rate increase after holding rates near zero for seven years. Unfortunately, the hike caused GDP to slow appreciably to 1.6 percent in 2016. 3 Still, under intense pressure to normalize, the Fed decided to increase rates again by another 0.25 percent in December of 2016. This time the hike was justified by the Fed, eyeing full employment statistics and a small uptick in wages.

Typically, it takes about six months for the Fed to see the full effects of a rate hike, so it was shocking to see them hike again in March. Let's look at the facts surrounding the initial rate hikes:

This is why it is so inconceivable that the Fed would put continued economic growth in jeopardy by hiking twice in three months. We see their shift in policy to be a major short-term risk factor to the current bull market trend. These rate hikes could torpedo the markets before the much-needed pro-growth policies get the chance to develop.

Is It Time to Hedge Your Fully Invested Bets?

Recently, we have become much more positive on the potential for the aging bull market to get a second wind because of the pro-growth tax and fiscal policy promised by the new administration. When you combine optimism and capital flows with positive earnings and revenue trends, it's easy to be constructive in equity markets. But with consecutive Fed rate hikes and the potential for more increases in the future, a prudent investor needs to start hedging their bets.

We fear the dangerous combination of simplifying the active versus passive debate and an elongated bull market is creating one of the most crowded trades in history. And unfortunately, when markets finally correct, we believe the index trade will unwind causing investors to run for the exits. The resulting melee could cause another liquidity crisis even more severe than the 2008 Financial Crisis, which is why it’s imperative that advisors take a deep long look at their clients’ portfolio… before it’s too late.