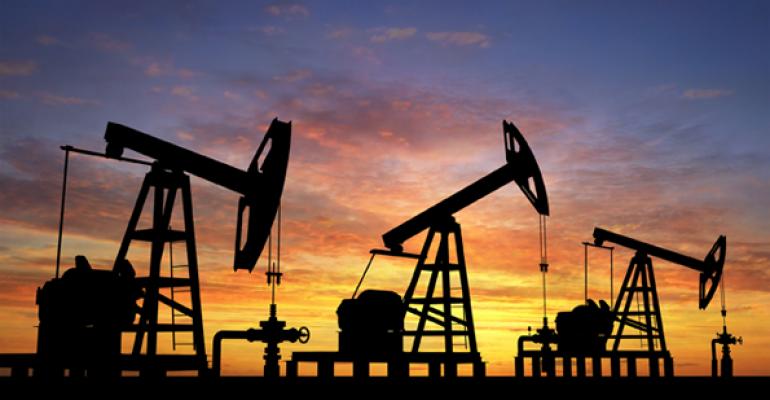 Investors are giving up on an industry where $660 billion has been erased from share values since oil’s plunge began three years ago.

(Bloomberg) --Investors are pulling money out of exchange-traded funds tracking oil producers for the first time in two years, reversing a pattern in which price declines were invariably met with buying.

Capitulation is in the air as energy stocks post the worst start of a year on record relative to the market. The industry’s weighting in the S&P 500 Index has dwindled to the smallest since 2004. “People are re-allocating money to sectors that are performing better, technology or health-care, versus sitting on a sector like energy that’s down 10 plus percent,” said Jeff Carbone, managing partner of Cornerstone Financial Partners, which oversees about $1.3 billion in assets in Charlotte, North Carolina. “We’re bottoming, but what pushes it higher? That’s the hard part.”

Gloom has spread as crude failed to hold above $50 a barrel amid speculation that rising U.S. output will offset supply curbs by the Organization of Petroleum Exporting Countries. The S&P 500 Energy Index has lagged behind the broad benchmark gauge by 23 percentage points this year, the gap widening every month.

Losses in energy stocks have often been worse, but ETF investors didn’t seem to mind. Since March, they’ve taken more than $300 million out of energy ETFs, poised to end 10 straight quarters of inflows, data compiled by Bloomberg show.

Investors are giving up on an industry where $660 billion has been erased from share values since oil’s plunge began three years ago. In Bank of America Corp.’s latest survey of money managers, a net 1 percent said they were underweight energy shares.

All but two of the 34 members in the S&P 500 industry measure are lower the year. Trend indicators such as the percent of shares trading above their 65-day moving averages showed extreme bearishness, according to Renaissance Macro Research.

“Energy names will be better trading vehicles over the next few years than they will be investments,”  Jeff deGraaf, chairman and head technical analyst at Renaissance Macro, wrote in a note. “But in either scenario we think the downtrend is close to exhaustion in the intermediate term.”

Short sellers don’t. They keep boosting bearish wagers, with the number of energy shares borrowed and sold rising to 5.2 percent of the total available for trading, the highest level in 13 months, exchange data compiled by Bloomberg show.

The silver lining? When short sales last peaked above 6 percent in February 2016, oil stocks jumped in seven of the next 10 months, ending the year with the biggest rally in almost a decade. Timing a bottom is next to impossible, particularly when it involves OPEC policy and global demand. Yet evidence seems to be building that equity investors are throwing in the towel. The underperformance in the shares has not only opened up a rare gap with oil prices, but also is in contrast with narrowing spreads in the high-yield energy bonds.

“What’s the divergence telling us? It really speaks to the excess pessimism about the future of oil,” Tom Lee, managing partner at Fundstrat Global Advisors, said in an interview on Bloomberg Television last week. “The best way to think of energy right now is it’s almost free money, with time uncertain.”