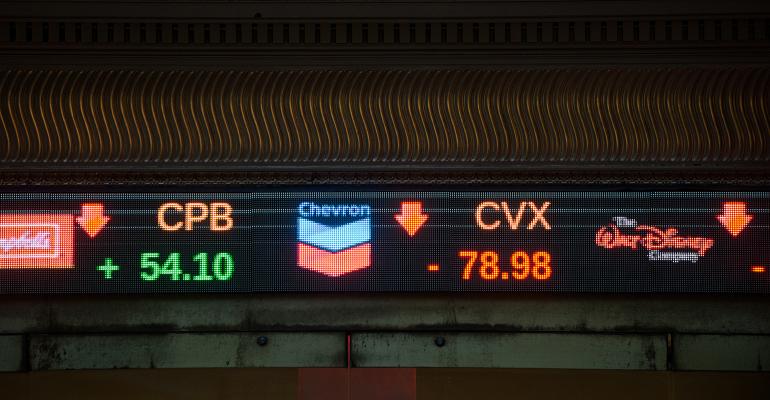 As New ETF Strategies Get Campier, Tickers Get Tamer

(Bloomberg) -- Exchange-traded fund issuer Global X did something highly unusual when it recently launched a spate of colorfully thematic ETFs. It picked boring tickers for them.

These relatively boring monograms stand in contrast to what has been a historic trend in the ETF industry of going for the ticker that sticks out the most. This has made ETF tickers a never-ending source of amusement for investors, market-watchers and financial journalists.

On the latter note, below is a list of some of the most creative ETF tickers as chosen by an informal Bloomberg jury. If there were an ETF Ticker Hall of Fame, these would surely be shoe-ins.

But does a ticker really matter?

Given the modest asset sizes of most of the ETFs in the above list, it would appear it does not. It is very difficult—if not impossible—to tell whether a good ticker really helps ETFs gain assets given all the other variables at work in influencing a newly-launched fund's success. However, there is some evidence that it can make a difference in the rare case, if all else is equal.

An example of this is the Guggenheim Solar Energy ETF (TAN) and the Market Vectors Solar Energy ETF (KWT), two solar ETFs launched within a week of each other in 2008, by similar-sized issuers. They came to market with nearly identical holdings and similar expense ratios. Yet, TAN has gathered 20 times the assets of KWT in the years since. It's not a stretch to think the ticker may have been the difference. Even though KWT is a clever take on the word kilowatt, it can’t hold a candle to TAN in terms of flair and memorability.

Picking clever tickers isn’t just a thing for smaller issuers looking to stand out from the ETF crowd. The Vanguard Group–arguably the least flashy ETF issuer–has gotten in on the action as well. It picked VOX for the Vanguard Telecommunication Services ETF and cleverly worked in roman numerals for both the Vanguard S&P 500 ETF (VOO) and Vanguard S&P Small-Cap 600 ETF (VIOO).

Another high-profile example of ticker-picking is the Pimco Total Return Bond ETF, which was launched in 2012 with the generic ticker TRXT. Then-manager Bill Gross was not a fan of the shortcut and voiced his desire for something better. When BOND became available from the New York Stock Exchange about a month after launch, it quickly displaced the original TRXT name.

On the flip side, some of the cleverest–if not silliest–tickers seemed to have struggled to attract anything other than giggles, and are now liquidated. Some examples are the Guggenheim Airline ETF (FAA), the ProShares Ultra Australian Dollar (GDAY) and the Global X Farming ETF (BARN).

So while there are some cases where a ticker seemingly helps–and other cases where it doesn’t–the new variable here is the increasing number of new-style thematic ETFs with already-catchy strategies.

Global X seems to be betting that by avoiding the ETF Ticker Hall of Fame, they may also avoid the gimmicky, liquidated ETF Hall of Shame.