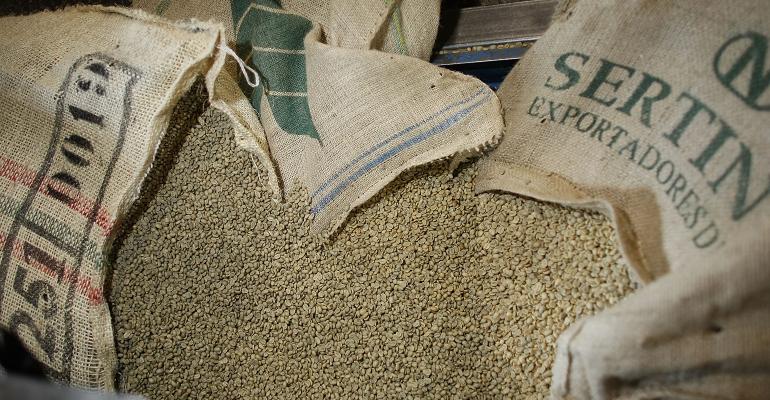 New Commodity ETFs Might Raise The Eyebrows Of Advisors

The K-1 form deterring some investors can now be sidestepped another way.

A trio of new commodity ETFs that eliminate the need to file a pesky tax form could spur more advisors to invest their clients’ money in the asset class.

ETF Securities Group, a U.K.-based asset manager, launched three ETFs on the NYSE Arca exchange that track the Bloomberg Commodity Indices, on March 31. The funds are among thousands traded on the exchange but stand out because they are broad-based and structured so that investors don’t need to file a K-1 form with their taxes.

The K-1 (Form 1065) itself is not exceedingly long or challenging but is nonetheless considered a bear by financial advisors. Some wealth managers, like Larry Ginsberg of Ginsberg Advisors in Oakland, Calif., won’t even consider an investment if it means their client will need to file a K-1 form.

“It just isn’t worth the potential improvement in returns for the misery the client experiences [plus] the unhappiness they relay to me,” Ginsberg said.

He said many advisors “abhor” investments that require a K-1 tax filing for a combination of reasons.

First, it is expensive for investors to file a K-1 form and advisors don’t reimburse them for the cost. Accounting professionals charge customers as much as $1,000 for the time it takes them to file the form, according to Jay Hatfield, a portfolio manager of Infracap’s MLP ETF.

Depending on an investor’s portfolio and what percentage of their assets are dedicated to commodities, an extra $1,000 added to a tax bill could erase or significantly cut into the returns that made the investment appealing in the first place.

Advisors who subscribe to the idea that commodities should be a part of a portfolio’s allocation generally dedicate between two and 10 percent to it.

Second, K-1 forms sometimes require investors to file for an extended tax deadline, which many are uncomfortable doing. The forms often don’t arrive until March or later and the forced delay is something investors take issue with as much as the additional cost, Ginsberg said.

There is no penalty for filing a tax extension with the Internal Revenue Service, but something about a portfolio’s assets forcing an extension is perverse to investors.

“For sure, there is a certain percentage of clients who are sensitive to a K-1,” said Randy Matz, the principal and national managing director of RSM U.S. Wealth Management.

He said many of his firm’s clients, who typically have between $2 million and $10 million in investable assets, already are in a position that requires them to file a K-1. But Matz acknowledged that investors who want to steer clear of a K-1 filing and have smaller portfolios could take to the new broad-based ETFs.

Plus, K-1 form aside, the commodity market might begin luring advisors to products that track them.

“I think there will be enthusiasm for this new product but for a different reason,” Matz said. “This asset class has attractive attributes to it.”

Commodities as a whole are coming back into style after performing poorly in the years leading up to 2016. Flows into commodities sector funds and ETFs are up in recent months, according to EPFR Global. Cameron Brandt, the director of research at EPFR Global, said commodities have been “moving in tandem with where people think U.S. interest rates are heading” and the consensus is that the rates are going to go up.

Many believe the Federal Reserve could raise rates at least two more times this year, after increasing the federal-funds target rate to between 0.50 percent and 0.75 percent in March.