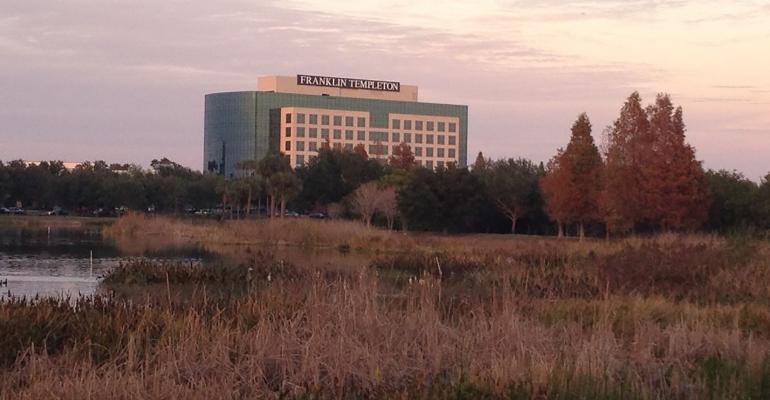 The $1.4 trillion asset manager expects to complete the process of flipping two mutual funds with roughly $250 million of assets into ETFs by the third or fourth quarter of next year.

(Bloomberg) -- Franklin Templeton is transforming two of its mutual funds into exchange-traded vehicles as the conversion trend gathers speed.

The $1.4 trillion asset manager expects to complete the process of flipping two mutual funds with roughly $250 million of assets into ETFs by the third or fourth quarter of next year, the company said in a statement Tuesday. The plan emerged on the same week that Motley Fool Asset Management finalized a nearly $1 billion switch.

Conversions are gaining popularity as billions of dollars exit mutual funds each year, heading seemingly straight to lower-cost, tax-efficient ETFs. While Investment Company Institute data show that mutual funds are on track for a $44 billion inflow this year, that pales in comparison with the nearly $850 billion absorbed by ETFs. That clear investor preference for ETFs will drive more asset managers to do the same, according to Bloomberg Intelligence.

“It’s not big asset-wise, but it’s big symbolically because it’s yet another big-time name from the mutual fund world,” BI senior ETF analyst Eric Balchunas said of the Franklin Templeton conversions. “ETFs will take in close to $1 trillion in the U.S. this year. There’s no way that’s not on the mind of many mutual-fund CEOs.”

Dimensional Fund Advisors has embraced conversions, flipping nearly $40 billion of assets this year alone and becoming one of the largest U.S. ETF issuers in the process. In August, JPMorgan Asset Management said it will reorganize $10 billion worth of assets next year.

Citigroup Inc. expects that conversions will be one of several factors fueling a $21 trillion shift from mutual funds to ETFs over the next decade. Meanwhile, Bloomberg Intelligence forecasts that $1 trillion in conversions alone will take place over the next 10 years -- but with a couple years of lead time.

“These are massive, old companies and so many people internally have to sign off. There’s all kinds of legal logistics and hoops to jump through,” Balchunas said. “So while it will likely be a big trend, it will take time.”