/sites/all/themes/penton_subtheme_wealthmanagement/images/logos/footer.png
Recent
Recent
5 Simple Tips To Becoming a LinkedIn Pro
May 13, 2022
Growth by Design
May 13, 2022
Envestnet Wraps Advisor Summit, Announces Truelytics Deal
May 13, 2022
Jolt! 2022: Carl Richards on Simplifying Financial Jargon to Improve Client Communications
May 13, 2022
Featured
The 10 Best and 10 Worst States in Which to Retire in 2021
Jul 15, 2021
Poll: 15 Classic Books on Investing and the Markets
Apr 03, 2020
Fifteen Must-Listen Business Podcasts for Advisors
Aug 14, 2020
Celebrity Estates: Jay Leno and Planning for Classic Car Collections
Feb 22, 2022
Coronavirus
brought to you by 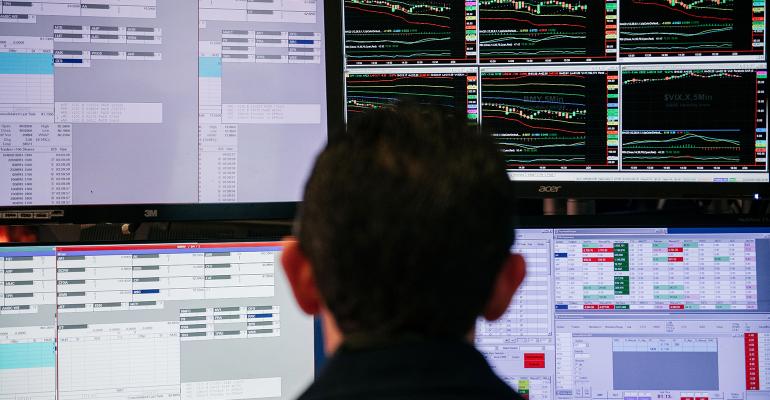 Despite the market volatility Monday through Thursday of last week and fears of panic selling by investors who could trade commission-free, ETF investors pulled only $22 billion out of these diversified products, according to First Bridge ETF data, a CFRA company. Indeed, 83% of all the redemptions occurred through the selling of just one ETF, albeit the industry’s largest: SPDR S&P 500 ETF (SPY). Meanwhile, 43 ETFs gathered $100 million or more last week and not just in a flight to safety.

There has been a persistent concern that as the ETF asset base climbed to approximately $4.4 billion, ETF investors would act irrationally during equity market pullbacks. CFRA did not believe this was based on facts but rather on the unknown, given the ETF industry’s emerging growth.

Vanguard led all fund families with $5.3 billion of net inflows. The breadth of Vanguard’s asset-gathering lineup was impressive as 11 funds pulled in $100 million or more, while just one fund—Vanguard Information Technology ETF (VGT)—experienced a similar level of net outflows.

Schwab ($823 million), Direxion Shares ($280 million) and JPMorgan Chase ($180 million) were other firms that were not hurt by the market volatility. While conservative fixed income funds Schwab Short-Term US Treasury (SCHO) and JPMorgan Ultra-Short Income (JPST) help support the growth for Schwab and JPMorgan Chase, Direxion offers leveraged ETFs that appeal to investors seeking to benefit from the short-term volatility. Direxion Daily Semiconductors Bull 3X Shares (SOXL) was the most popular of them.

Overall, CFRA thinks ETF investors acted rationally during last week’s volatility, continuing to put money to work in many fixed income funds and select, low-cost broadly diversified equity products. We believe ETFs will continue to be a go-to-vehicle for investors for years to come.