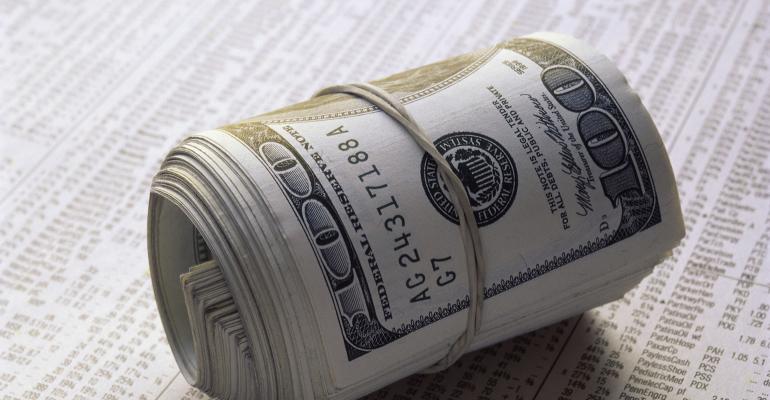 The Misery of Money Managers Spelled Out In Two Charts

ETF's aren't just winning the contest for investors' cash. They're smashing it.

(Bloomberg Gadfly) --In recent weeks, the bell marking the open and close of trading on the New York Stock Exchange has been rung by a diverse cast including Coca-Cola Co. (honoring the 58th running of its sponsored NASCAR race) and man-who-writes-the-songs Barry Manilow (marketing his new album and tour). On Tuesday, the honor went to the IQ S&P High-Yield Low-Volatility Bond Exchange-Traded Fund.

"What a time to be alive," commented Ivan the K, self-styled "lead independent director of Finance Twitter."

His cynicism is perhaps understandable, given the concern with which many in finance (including my Bloomberg View colleague Noah Smith) view the explosion in the ETF market. But, boy, ETFs aren't just winning the beauty contest to lure fresh investor cash, they're smashing it.

Since U.S. ETFs account for about 75 percent of the world's total, the data covers about three-quarters of the global ETF industry, according to Bloomberg Intelligence analyst Sean Casey. The picture is likely to be very similar across the investment world, and not just in terms of the growing popularity of ETFs. Money is heading mostly to those ETFs that charge rock-bottom fees.

So how has the world of active management braced itself for the challenge, which has been coming ever since Jack Bogle created the Vanguard 500 Index fund back in 1975? Why, by increasing the complexity of its approach -- and charging more as a result.

In a paper published earlier this year, Paul Calluzzo, Fabio Moneta and Selim Topaloglu of the Smith School of Business at Queen's University in Ontario, Canada, calculated that the percentage of U.S. domestic funds allowed to use leverage, short sales or options has grown to more than 60 percent, up from less than 26 percent in 1999. Adding complexity, though, comes at a cost:

That might work if the strategy boosted returns. Unfortunately, the three academics found that during the period they studied, returns in excess of the risk-free rate were reduced by almost 0.6 percent by using the more complex approaches.

There are more challenges to come for the active-management crowd. TIAA, which has offered retirement and insurance products in the U.S. for almost a century, said this week it's launching an online robo-adviser, allowing customers to input their own financial parameters and be automatically matched with passive and active funds, as well as ETFs. The algorithm-driven service will charge an annual advisory fee of just 0.3 percent.


Mark Gilbert is a Bloomberg Gadfly columnist covering asset management. He previously was a Bloomberg View columnist, and prior to that the London bureau chief for Bloomberg News. He is the author of “Complicit: How Greed and Collusion Made the Credit Crisis Unstoppable.”