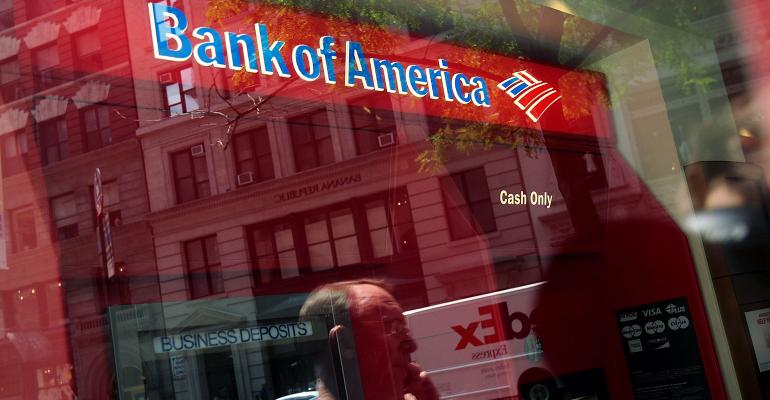 Meet the Banks Behind $5.5 Trillion of Trades That Power ETFs

So-called authorized participants, or APs, act as gatekeepers for every dollar that enters or exits an ETF.

Bank of America Corp., Goldman Sachs Group Inc. and ABN Amro Bank NV together handle about half of the $5.5 trillion gross flows into and out of ETFs, according to a new report from BlackRock Inc., which analyzed the first batch of regulatory filings on the institutions that create or redeem ETF shares. That’s in stark contrast to the secondary market, where many banks have ceded market-making roles to faster, more tech-savvy electronic brokers.

So-called authorized participants, or APs, act as gatekeepers for every dollar that enters or exits an ETF, increasing or reducing the supply of its shares to help market makers and issuers keep its price in line with the value of its holdings. It’s a wonky but crucial role that banks -- which account for about 60% of APs -- excel at, according to Samara Cohen, co-head of iShares Markets & Investments at BlackRock, the world’s largest ETF issuer.

“It’s very much a function of traditional financial-institution infrastructure,” Cohen said by phone, pointing to banks’ international operations and their expertise facilitating multiple-security trades. “There is a very deep bench of authorized participants who are ready to participate when they see a reason to do so.” Some 35 APs created or redeemed shares during the period studied.

The U.S. Securities and Exchange Commission recently started requiring ETF issuers to provide information about APs for each of their funds amid lingering concerns that too few of these institutions operate in certain areas, such as emerging markets. APs are not paid by issuers, and instead turn a profit from secondary-market trades or transacting for market makers, fueling fears they could step away during times of stress.

BlackRock’s study -- which covered about 96% of ETFs by assets -- found that typical funds have arrangements with 22 APs, of which five created or redeemed shares within the fund’s most recent fiscal year, according to filings from June 2018 to September 2019.

Perhaps unsurprisingly, larger funds tend to have more APs than smaller ETFs, and U.S. equity-focused strategies have double the number of active APs as international fixed-income products. These funds typically have just three APs undertaking creations and redemptions, as do ETFs focused on corporate debt and convertible bonds, the study showed.

However, all have more than 19 contracted APs on average, suggesting that other banks could step in if the active traders take a sabbatical.

“Even in more specialized markets, there are multiple APs,” said Cohen. “The data definitely tells the story of a diverse and healthy ecosystem.”

To contact the reporter on this story:
Rachel Evans in New York at [email protected]