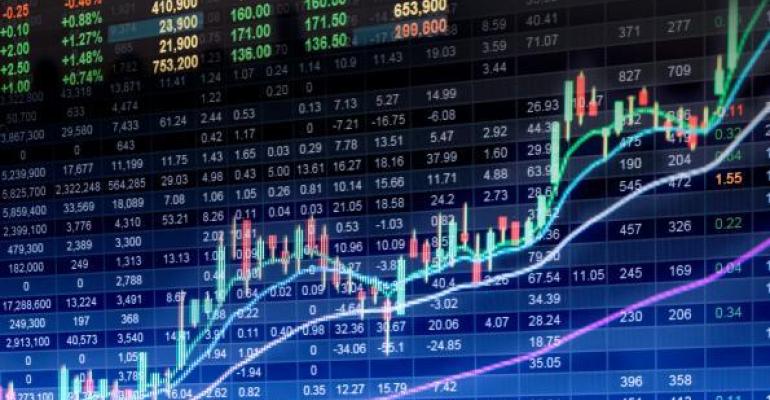 Newcomers are threatening the revenue of S&P, MSCI and FTSE Russell.

(Bloomberg) --Who are the biggest winners of the shift to passive investing: investors who appreciate the cheap products, asset managers who sell them in bunches -- or the index firms that create the benchmarks backstopping it all?

It’s a serious question for the market, considering there are now more indexes than there are U.S. stocks. For years, the designers of these gauges have been raking in cash, primarily from licensing them to exchange-traded products and mutual funds.

But all that could be about to change.

The proliferation of passive strategies that’s driven profits for the benchmark behemoths has also raised the stakes for asset managers. Lower fees have become an important tool in winning flows. So some firms have decided to save cash by working with cheaper index providers, while others are building their own benchmarking teams in-house.

“In the great cost migration, nothing is safe,” said Eric Balchunas, an ETF analyst with Bloomberg Intelligence. “You can probably count on one hand how many indexes are at the rock-star level where the ETF issuer will probably never mess with them but everybody else is vulnerable.”

S&P Global Inc., MSCI Inc. and the London Stock Exchange Group Plc’s FTSE Russell -- three of the largest benchmark providers -- surpassed $1 billion in index revenue in the six months through June, up from $858 million for the same period last year, according to earnings reports.

For that they can thank ETFs, index-based portfolios that have ballooned to $3 trillion in the U.S., up from about $400 billion 10 years ago. Issuers typically pay indexers a fee based on a percentage of the fund’s assets. MSCI’s fees, for example, averaged 3.08 basis points in the first quarter. That would translate to $30,800 for a $100 million ETF or $308,000 for a $1 billion fund.

“We price where we think the market needs to be to grow our business,” said Alex Matturri, the New York-based chief executive at S&P Dow Jones Indices. “As the business grows, marginal fees could go down, but if assets are growing and your revenue is growing, that’s the right strategy.” Questions about costs are “overblown,” he said, declining to detail specific commercial agreements.

Roughly 60 percent of income for S&P’s benchmarking unit is based on assets, with the rest derived from annual subscription fees for data and transaction-based fees from exchange-traded derivatives.

Bloomberg LP, the parent of Bloomberg News, owns an indexing business that competes with S&P, MSCI and FTSE Russell.

Issuers are taking a hard look at their expenses as investors increasingly funnel cash into the cheapest strategies. Of about $500 billion that’s flowed into index funds over the last year, more than 70 percent has gone into those charging 10 basis points or less, encouraging a wave of cost cutting, according to Bloomberg Intelligence.

“In a world where prices on indexed funds are continuing to go down, the rest of the stack has to consider that,” Joe Brennan, global head of Vanguard Group’s equity index group, said last month. “Maybe there’s some different pricing schemes that could work.”

Vanguard, which passively manages about 75 percent of its $4.4 trillion assets, was an early challenger of index costs. Five years ago it ditched MSCI on 22 funds to get lower fees. MSCI said at the time that it was disappointed with that decision. A media representative declined to comment further when contacted by email.

Many new fund issuers are steering clear of the “Big Three.” More than 50 percent of indexed ETFs started this year aren’t using S&P, MSCI or FTSE Russell, data compiled by Bloomberg show. Some opted for smaller providers, like Solactive AG of Frankfurt, which charges a flat annual fee that’s based on the complexity of its benchmark. Others have looked to their resources.

BlackRock, for instance, started its first self-indexed funds last month, with Laurence Fink, the firm’s chief executive, describing it as “one of the ways we are using our scale and technology to reduce manufacturing costs.” Charles Schwab Corp., meanwhile, is seeking approval for what could be the first no-fee ETF, made possible by using a homemade index, another first for the firm.

“It’s actually a race toward zero and index providers need to react to that as well,” said Steffen Scheuble, the Frankfurt-based chief executive of Solactive, which has about $20 to $25 billion in ETFs following its benchmarks.

More than 80 funds changed their benchmark in 2016, the most since at least 2010, according to specialist data provider ETP Resources, which is based in Dublin, Ohio. Cost isn’t the only factor, according to ETP’s Jim Simpson, who sees benchmarks increasingly being switched or remade to help funds that are bumping up against regulatory caps on what they can own, having grown too big for their indexes.

While the business is undeniably in flux, regime change won’t happen overnight. Some $2.3 trillion, or roughly 50 percent of the assets in global ETFs, are in funds backed by S&P, MSCI and FTSE Russell, earnings statement show. In all, about $11.7 trillion is indexed or benchmarked to S&P indexes, while FTSE Russell has $15 trillion following its benchmarks, according to the companies.

And the big providers are pushing to keep those assets. S&P is partnering with global exchanges and emphasizing brand and reach. FTSE Russell is focused on winning over institutional investors with its scale and investing in product research. Innovation is a buzzword, and both have their eyes on nascent markets around the world.

Cost matters -- but it’s not everything, says Mark Makepeace, the London-based head of FTSE Russell.

“The business model will evolve, but it’s going to be led by the customer,” he said by phone. “If all you do is compete on fees, you’ve lost the battle of ideas and, first and foremost, we compete on ideas and providing the best product. The fees come after.”