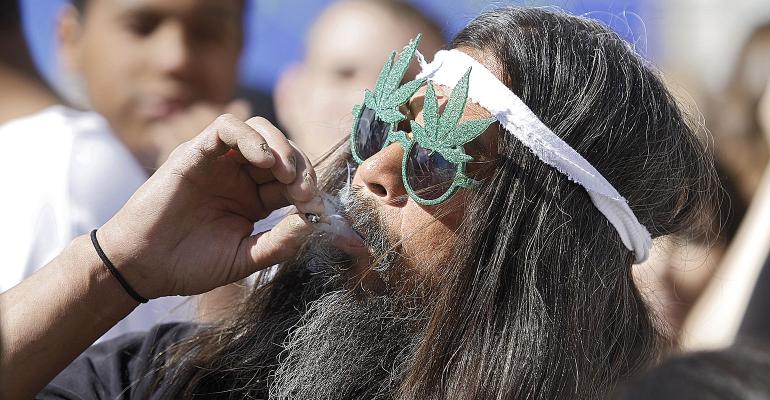 Marijuana ETFs Off of January Highs

Politics and growing pains are killing vibes among cannabis ETFs, which are down for the year.

Cannabis ETFs seem to have slowed their roll lately. Facing growing pains brought on by marketplace legalization and a political climate sending mixed messages, ETFs holding marijuana producers and ancillary companies are down for the year.

U.S.-listed cannabis-focused ETFMG Alternative Harvest ETF (MJ), which only started trading in its current form in late December 2017, erased January gains and is down year-to-date. The fund has over $300 million in assets. Meanwhile, Horizons Marijuana Life Sciences ETF (HMMJ) is still seeing green since its inception little more than a year ago, although it’s also off of its January highs. It trades on the Toronto exchange, has over $600 million CAD in assets, and was listed as one of the 10 craziest ETFs of 2017.

While less of a pure play, actively-managed U.S.-listed AdvisorShares Vice ETF (ACT) is worth citing as an alternative approach to entering the cannabis sector. It splits its holdings between companies with interest in tobacco, alcohol and marijuana—21st century vices—and was launched in December 2017. It’s down for the year and tallies less than $20 million in assets.

Whether today’s cannabis crosswinds give way to tomorrow’s tailwinds for weed-friendly funds may depend on politics. U.S. Attorney General Jeff Sessions ended the federal government’s hands-off policy toward marijuana in January, only to have President Trump later affirm that individual states had the right to address the issue as they saw fit.

“Since the attorney general singled out marijuana, this ETF struggled,” Bloomberg ETF analyst Eric Balchunas said of MJ. “That’s always going to be an issue.”

While politicians are sorting out their stances, the market for legal cannabis is growing. Across North America, consumers spent an estimated $9.7 billion on legal cannabis last year, up from $7.3 billion in 2016, according to an industry report published by Arcview Market Research. Annual legal sales in the U.S. will reach $75 billion by 2030, research firm Cowen & Co. predicts.

Potential market growth like that demands attention. Those with a stomach for ups and downs might want to think about “setting and forgetting” an ETF like MJ, said Balchunas. He notes the fund is about a 70 percent pure play on cannabis, with diversification in the sector and a number of acquisition targets. “There’s a lot of headline risk,” he said, “and there’s a lot of potential too.”

With Canada planning full legalization of marijuana later this year and California’s recreational market opening in January, opportunities for recreational and medical marijuana sales are growing. Medical marijuana is now legal at the state level in 29 states, with eight states permitting recreational use—although the drug is still illegal under federal law.

Nevertheless, momentum to legalize is mounting; Vermont will be the newest state to allow recreational pot later this summer. Will a broader legal marketplace have investors seeing green? Balchunas thinks so.

“I wouldn’t be surprised if MJ is a billion-dollar ETF in the next 12 months,” he said.