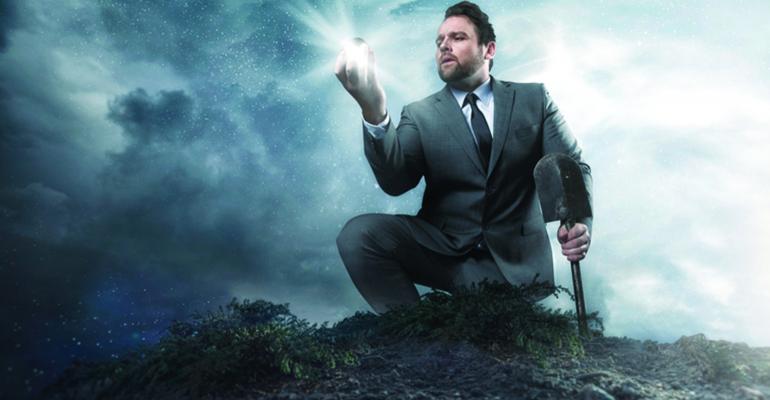 A Lookback At ETFs From The Trenches

Seventeen years ago, iShares launched its first wave of ETFs, and immediately changed the asset management business. A member of that team recalls how the magnitude of its success took even some insiders by surprise.

This season, I opted (with bit of a prod from upstairs) to extend my end-of-year lookback to the naissance of exchange-traded funds (ETFs). It’s now been 25 years since the venerable SPDR S&P 500 ETF (NYSE Arca: SPY) was launched. When introduced in 1993, SPY was a stand-alone ETF. Most people, in fact, think of SPY as the very first exchange-traded fund. It wasn’t. It was the first truly successful ETF.

Other exchange-traded products preceded SPY, but ultimately fizzled due to regulatory or liquidity issues.

What’s really important, though, is what happened after SPY was launched. The SPDR fund, after an initial stumble, grew assets at a torrid pace, but didn’t spark immediate competition or emulation. Oh, a few ETFs trickled on to the scene, but interest in them was muted compared to the market’s love of SPY.

In 1995, the SPDR S&P Midcap 400 ETF (NYSE Arca: MDY) debuted as a complement to the large-cap-focused SPY fund. World Equity Benchmark Shares were launched in 1996 as a family of single-country foreign stock index trackers, eventually being merged into the iShares product line in 2000.

It took another two years before the next ETF was launched. DIAMONDS (NYSE Arca: DIA), a Dow Jones Industrial Average tracker, came on the scene in 1998, followed by the introduction of Select Sector SPDRs, a 10-fund suite that carved the S&P 500 into industry sectors. The following year saw the entrance of what is now known as the Nasdaq-100 ETF (Nasdaq: QQQ), which enjoyed brisk interest as the tech sector boomed ahead of the “dot bomb.”

Then, in May 2000, came iShares. And that’s where I come in. I helped launch the iShares line of ETFs. At the time, my confrères and I believed the iShares funds were game changers. First of all, the offering was B-I-G. iShares were floated en masse, providing investors, in one stroke, the means to build a broad range of risk-diversified portfolios under one brand. The iShares offer included 66 ETFs: 34 ETFs slicing and dicing the U.S. market by capitalization tiers, investment style and industry sector, alongside 23 funds representing foreign markets. On its debut, the iShares brand accounted for more than 70 percent of the ETFs extant in the United States.

The sheer size and depth of the iShares proposition prompted market observers to seriously speculate about its impact on the asset management business. “How fast will ETFs grow?” As a corollary, we also pondered ETFs’ effect on the mutual fund market.

We were cheered by forecasts from Boston-based Financial Research Corporation (FRC), published on the eve of the iShares debut, calling for ETFs to grow at an average annual growth rate of 30 to 50 percent over the ensuing five years. FRC’s experts opined that ETF assets would likely rise to rise to $201 billion by 2005, up from $35 billion at the time of its survey.

FRC’s forecast was met with skepticism in some quarters and downright derision in others. We thought it was certainly optimistic. As it turned out, it proved prescient. According to the Investment Company Institute (ICI), the ETF asset base actually grew at a 154 percent rate, to $301 billion, by the end of 2005. That growth rate has pretty much been sustained to the present day.

Back in 2000, ETF assets were minuscule compared to those of mutual funds. Nearly $7 trillion dollars were stashed in mutual funds, one hundred times more than the ETF asset base. Since then, both have grown, though at vastly different rates. Today, ETF assets still pale in comparison to mutual funds (see Fig.1), but the gap is has closed significantly. ICI figures indicate that ETF assets are now 15 percent the size of mutual funds. ETF assets have grown at an average annual rate of 142 percent, while mutual funds grow at an 8 percent clip. When you chart these growth rates (see Fig. 2), you get a decidedly different view of the asset management market. Compared to ETFs, mutual funds seem stuck in neutral. If these trends continue, it’s likely that ETF assets will match those of mutual funds by the time I next write an ETF lookback article.

Attitudes toward actively managed ETFs among insiders weren’t very charitable. Nearly a third didn’t see a need to even create them back in 2000. This animus likely stemmed from a bias toward quantitative management that dominates the indexing world. Another third of cognescenti thought that actively managed ETFs would debut by 2002, taking into account the time needed to overcome the structural and regulatory hurdles then arrayed.

Back in 2000, forecasts for actively managed ETF asset growth were optimistic. The average target for first-year growth was $58 billion, advancing to $244 billion within five years.

Clearly, we got some things right and other things wrong. As asset management tools, ETFs seem to be fulfilling their promise in providing low-cost, transparent and portable exposure to a diverse array of investment strategies. And, despite the pressure But, there’s no sign that old-line actively managed portfolios are headed to the scrap heap.

For mutual fund runners, this ought to translate to more hope than dread in the coming year.