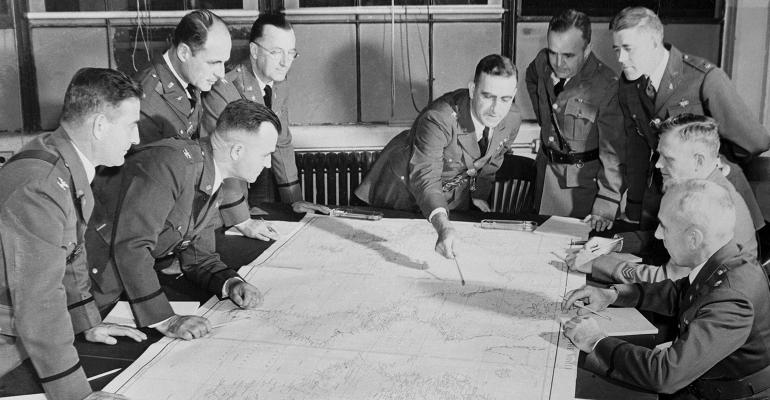 The real winners of this war are investors who have more low-cost options.

Investors are gravitating to ultra-cheap ETFs in 2020. The 10 largest U.S. listed ETFs with expense ratios less than 0.05% ($5 for every $10,000 invested) gathered more than $60 billion in net inflows year to date as of July 20, according to CFRA’s First Bridge ETF database. This cash haul is 26% of the $230 billion net inflows and higher than the current 18% share of the U.S. ETF market held by those 10 fund companies. iShares, Vanguard, and Schwab have had tremendous success.

iShare's S&P 500 index fund IVV is the largest of these funds, with $204 billion in assets and $4 billion of net inflows. However, Vanguard's S&P 500 index fund VOO and total stock market fund VTI have pulled in more this year, with $22 billion and $12 billion of net ETF inflows, respectively. This is partially we think due to IVV charging a slightly higher 0.04% fee for part of the year, before iShares matched Vanguard at 0.03% in late June. A fourth ETF, Schwab US Large Cap ETF (SCHX) that charges 0.03% gathered $1.3 billion.

Related: Fee War Hit Limit With Demise of ETF That Paid You to Invest

While cheaper ETFs launched in 2019 and 2020, they have failed to garner much attention. To break into the ETF market, SoFi and BNY Mellon each recently launched a pair of ETFs with no expense ratio. Despite investor infatuation with minuscule expenses, these funds have not been an instant successes. Sofi Select 500 ETF (SFY is the largest and as of July 20 was about to hit $100 million in assets, with $23 million of net inflows in 2020. SFY launched in April 2020 and although the smart-beta ETF sounds like it tracks the broad S&P 500 Index, it is weighted based on three fundamental growth factors and tracks a lesser known proprietary index.

However, BNY Mellon Core Bond ETF (BKAG) tracks a third-party Bloomberg Barclays US Aggregate Total Return Index and charges a lower fee than AGG and BND. Since launching in April 2020, the fund has only gathered $5 million and has $31 million in assets.

Overall, the four zero fee ETFs and BBUS pulled in just $123 million in 2020 and have $342 million in assets, highlighting the challenges of succeeding in a concentrated, competitive, and brand driven ETF market even when a firm is willing to forgo fee revenues. Investors are willing to pay a slight premium to retain existing business and avoid paying taxes to swap from iShares, Vanguard, and Schwab to a new offering.

CFRA rates ETFs and mutual funds separately, but our focus on holdings and costs rather than relying solely on past performance as others do enables us to rate funds before a three-year anniversary.

These funds remain much smaller than the $230 billion Fidelity 500 Index Fund (FXAIX) and $51 billion Fidelity U.S. Bond Index Fund (FXNAX), which track the same S&P 500 index and Bloomberg Barclays U.S. Aggregate Bond index as IVV and BND for a lower 0.02% and 0.03% expense ratios. We think Fidelity’s focus was less on gathering assets for its new index mutual funds and more on establishing a strong brand for a low-cost mutual fund. The limited revenues that are foregone from FZROX, FNILX, and other zero fee funds has likely been offset by harder-to-quantify marketing benefits.

Investors continue to pour money into the lowest cost, index-based ETFs and mutual funds in 2020, as these funds provide broad exposure to an investment style and ensure more money goes into the account and less to the asset manager. However, a strong preference remains for ETFs offered by well-established providers that are charging 0.03% or 0.04% to run these funds over newer funds that charge no fees. However, Fidelity has had success gathering assets with its zero fee mutual funds as well as providing the firm strong brand visibility. But the real winners in the ongoing fund fee-war will be the investment public who has more low-cost choices to consider. CFRA’s ratings put a fund’s fee in perspective with its performance record and holdings, offering a forward-looking perspective.