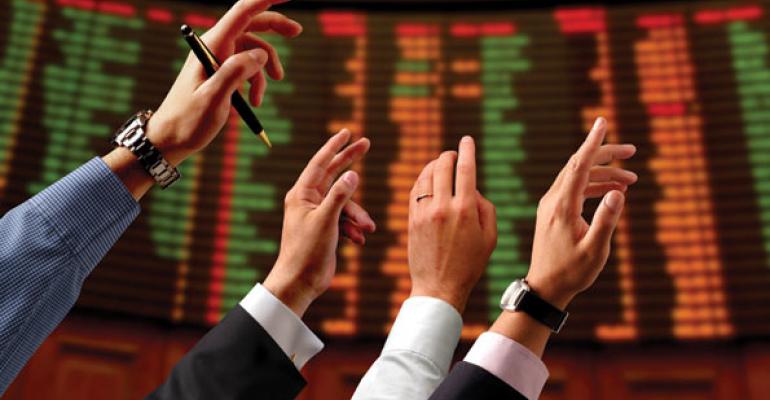 This month’s Liquidation Watch List has a record 79 ETFs in danger of closing down.

The ETF industry has done a great job bringing products to market that satisfy just about any investment objective, but many are smaller than most people would expect a publicly traded vehicle to be. The ETF Global Monthly Liquidation Watch List has continued to expand with a record 79 products meeting the three criteria for inclusion this month.

ProShares and iPath account for more than half of the 79 names, and each sponsor has three additions to this month’s list. The 22 iPath products account for more than a quarter of that sponsor’s 81 issues, and the 24 from ProShares account for 17 percent of their 141 ETFs. Having so many products with less than $5 million under management after trading for more than two years, may indicate that these sponsors have business models that are viable with small funds. However, those two criteria could be too much to overcome if the sponsors decide to improve their margins by trimming their offerings.

Small ETFs often gain efficiencies by being consolidated in one trust, and ETNs are notorious for hidden fees; but at their stated expense ratios, many of these products are generating less than $10,000 per year in fees for their sponsors. Even with efficiencies, that amount cannot be much greater than the marginal legal and accounting expenses incurred in overseeing a publicly traded security.

Using iPath as an example, it is easy to see Barclays deciding to consolidate their seven specific industrial metal ETNs that appear on this month’s list into their single broad industrial metal ETN (HEVY), which also appears. The eight products have a combined AUM of less than $16 million and generate less than $130,000 in total fees for Barclays. Such a move would have the added benefit of consolidating those assets in the product with the highest expense ratio even though it may eliminate some of those hidden fees that are drawing regulatory scrutiny anyway.

The 24 ProShares ETFs tend towards the leveraged short category tracking niche indices hitting new highs month after month. They are mostly consolidated in one trust to gain efficiencies, but they are marketed separately, which carries additional expenses. With only $758,000 in AUM, markets would not miss the ProShares UltraShort Russell MidCap Value Fund (SJL) especially considering that ProShares has three other leveraged short mid-cap funds. All of them meet the third criteria of negative performance over the past year. That could be the final straw for sponsors looking to boost margins in the consolidating ETF industry; even if closing a bunch of short funds could signal a market top.

Other sponsors have trimmed their offerings by closing funds that were larger than these iPath and ProShares products. It is impossible to know the full effects of those closures, but advisors should look to avoid the slippage that can result from a liquidation. You can access this month’s ETF Global Liquidation Watch List here or on WealthManagement.com.