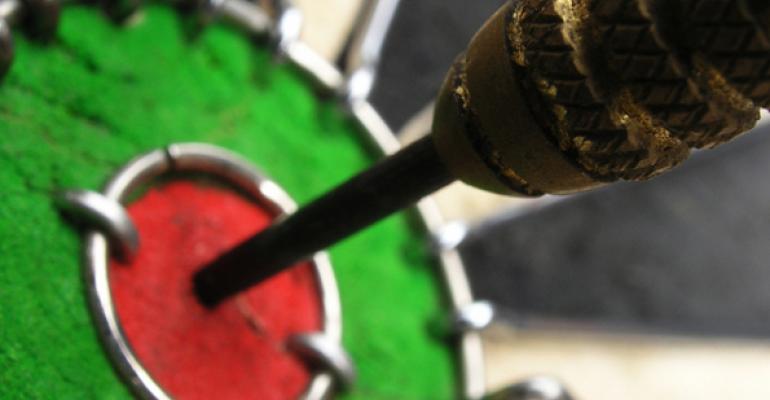 Liquidation Watch: Niche ETNs Can Come Back to Bite

Calling a niche correctly can bring great reward, but it comes with commensurate risk. When investing in ETNs based on niche indicies, tread lightly.

When an ETN closes, spikes in tracking error are not much of a concern because holders will receive their fair value based on the index the product tracks. But that is where problems can arise. Many products track indices that exist solely for those products and as offerings have become more niche and complex, so have the indices, which can complicate an unwinding.

The UBS ETRACS 2x ISE Solid State Drive ETN (SSDL) was one of seven niche ETNs that UBS closed recently, as the ETF industry continues to consolidate. Holders were paid the fair value of the index on June 6, which was probably better than trying to get out between the wide spread where it was quoted since announcing its closure on May 20. Its’ six sister funds were similar niche ETNs tracking technology and commodity subsectors and were mostly big enough to avoid inclusion on ETF Global’s ETF Liquidation Watch List, also on WealthManagement.com.

This month, 34 of the 71 funds on the list are ETNs tracking commodities, currencies, fixed income and equities. Thirteen of the commodity ETNs are part of Barclays’ iPath Pure Beta series tracking indices calculated by their Pure Beta Methodology, which grants them discretion to include various futures contracts in an index to deal with contango or backwardation. It is one of the creative ways sponsors are finding to deal with liquidity constraints in the markets they track. Four of the iPath funds track industrial metal subsectors like nickel and lead that have performed poorly this year and carry higher ETFG Risk Ratings than the larger and broader PowerShares DB Base Metals Fund (DBB), which has also declined.

The monthly compilation quantifies all exchange traded products that hold below $5 million in AUM, have existed for at least two years and had negative performance for the trailing 12 months.  Most of those ETRACS funds had more than $5 million in AUM and existed for less than two years, but poor performance led UBS to close them. The seven closings bring the count to 40 funds so far in 2013, on pace to match 2012’s record of 93.

Only five funds on this month’s Liquidation Watch List are equity ETFs: three Chinese sector funds, one broad market Columbia fund and an all world ex-U.S. materials sector fund. The other 20 equity products are leveraged, inverse or ETNs. Seventeen of them are ProShares short funds, some of which have barely $1 million under management. If you would be reluctant to allocate to a manager with that amount in a strategy, maybe you should also be reluctant to purchase a public vehicle that small.

Advisors have varying reasons for allocating to niche products but should use the same care that their clients use in choosing them to oversee their investments. Calling a niche correctly can bring great reward but with commensurate risk.