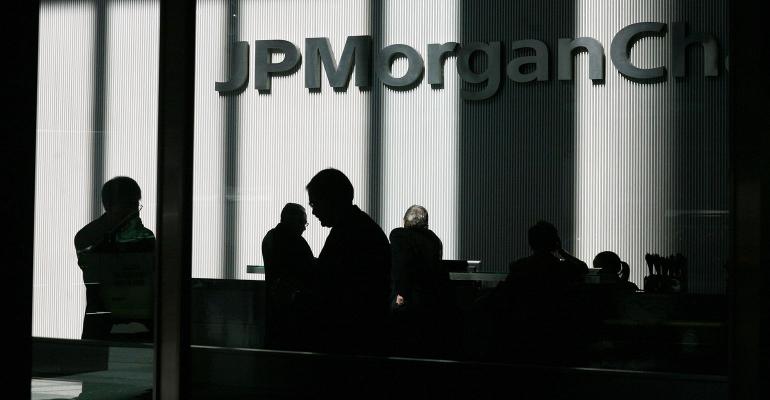 (Bloomberg) -- JPMorgan Asset Management will convert a $1.1 billion fixed-income mutual fund into an ETF on Friday, joining a growing Wall Street trend that’s expected to see as much as $1 trillion make the switch.

More than $160 billion has exited mutual funds in 2022 so far as ETFs have absorbed over $200 billion, Investment Company Institute data show.

“Conversions in general are going to continue to accelerate, they’re proving to be an interesting avenue for entrants,” said Jill DelSignore, managing director at FLX Networks. “Coming to the market with a track record and assets is incredibly important.”

Bloomberg Intelligence estimates that as much as $1 trillion could ultimately be converted to ETFs from mutual funds.

While that would be a huge boost to the $7 trillion U.S. ETF market, it’s around 5% of the mutual fund world. The challenge for most funds is that switching is complex and not suitable for every product. Meanwhile, the American pension system remains heavily geared toward the more established vehicle.

The biggest conversions so far are from quant giant Dimensional Fund Advisors, which flipped around $29 billion in June last year. Others switchers have included Motley Fool Asset Management, which finalized a nearly $1 billion move in December. Franklin Templeton has plans to join the conversion club later in 2022.

As more of them make the switch, asset managers will face some “potentially eye-opening” moments if the strategies fail to attract more cash, reckons DelSignore.

“The ETF wrapper is an amazing one, but it’s not magic,” she said.

The expense ratio of JCPI will be 0.25%, cheaper than fees on the various share classes of the mutual fund. The conversion will expand JPMorgan’s stable of U.S. ETFs to 41, according to data compiled by Bloomberg.