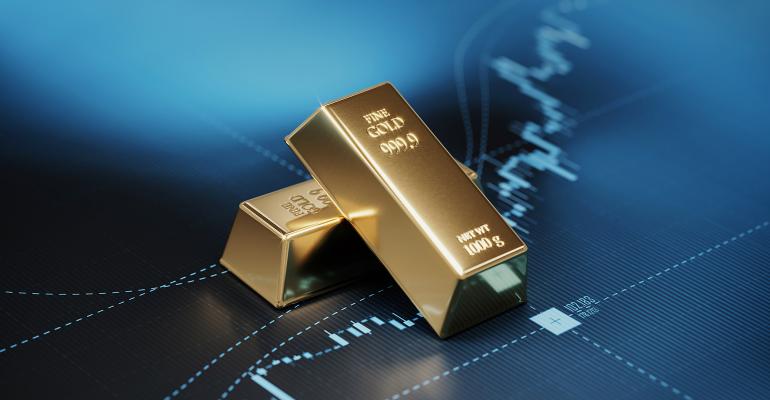 JPMorgan and HSBC are the world’s top two bullion banks, with businesses spanning everything from trading futures with hedge funds to sending physical gold across the globe.

(Bloomberg) -- JPMorgan Chase & Co. will store gold held by the world’s biggest exchange-traded fund in its vaults, a major coup for the bank’s bullion business.

The lender will now act as an additional custodian for the SPDR Gold Trust, according to a statement from the World Gold Council, which launched the fund. Previously HSBC Holdings Plc had sole responsibility for holding the bullion.

It’s a major win for JPMorgan, which will now be paid to guard part of the fund’s more than $50 billion of bullion. Better known as GLD, it accounts for just under a third of all gold held by ETFs globally, according to an initial tally by Bloomberg.

JPMorgan and HSBC are the world’s top two bullion banks, with businesses spanning everything from trading futures with hedge funds to sending physical gold across the globe. Their vaults are key to underpinning the London and New York markets, and also act as custodians for the biggest ETFs.

The boom in demand for precious metals over the coronavirus pandemic saw both banks reap a windfall from storing metal for growing ETFs. The surge in their holdings even prompted JPMorgan to open a new silver vault in London. Vaulting typically accounts for about a tenth of the profits that banks earn in precious metals, according to Coalition Greenwich.

This year, Federal Reserve tightening triggered outflows from ETFs, a major driver of gold’s drop from near a record level in March. Much of it was flown to Asia to meet huge demand there, though holdings remain elevated compared with pre-pandemic levels.

Gold held by GLD will be stored in vaults located in London, New York and Zurich, according to the World Gold Council’s statement. Before gold was only held in HSBC’s London vault.

--With assistance from Jack Farchy.