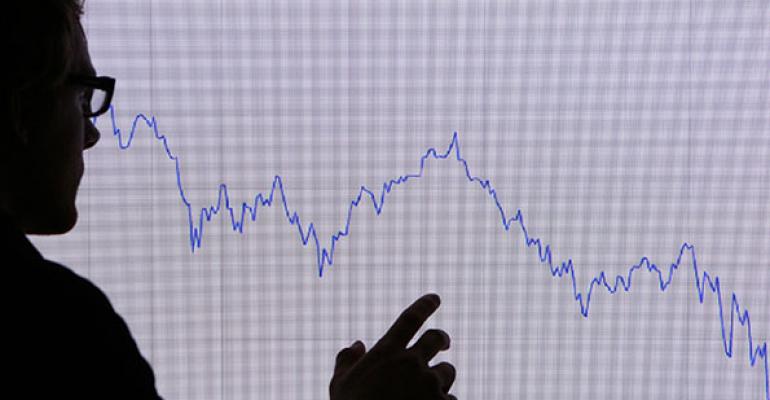 (Bloomberg) -- Money managers are dumping Treasury exchange-traded funds as a revival in equity and commodity prices curbs demand for the relative safety of U.S. debt.

Treasury ETF net redemptions have reached $2.9 billion so far in April, on top of $4.8 billion pulled out in March, according to data compiled by Bloomberg. Net purchases of U.S. stock funds listed on exchanges have climbed to $8.5 billion this month and totaled $16.7 billion in March, the data show.

U.S. government securities are headed for their biggest weekly loss in more than a month as data from China showed exports jumped and industrial output increased. Oil prices rose this week before crude producers discuss freezing output this weekend. The International Monetary Fund is preparing to meet in Washington to focus on global economic growth. The MSCI All Country World Index of shares rose to the highest this year on Thursday.

“There’s an unwinding of safety assets to risk assets,” said Kazuaki Oh’E, the head of fixed income at CIBC World Markets Japan Inc. in Tokyo. “The stock market hitting a record for the year” fueled the shift, he said.

The Bloomberg U.S. Treasury Bond Index has fallen 0.3 percent this week through Thursday, headed for the biggest drop since the period ended March 11. Crude oil futures traded in London fell 2.5 percent on Friday, cutting their weekly gain to 1.9 percent.

“There are a lot of mixed signals dictating the directionality of Treasuries at present,” said Matthew Cairns, a strategist at Rabobank International in London. “The stabilization in oil in particular is likely behind this fall on the week” in Treasuries, he said.

Cairns sees U.S. yields rising as Rabobank’s house view is “the Fed will ultimately have enough evidence on the table for two hikes this year, with the first beginning in June.”

The iShares 1-3 Year Treasury Bond ETF had the biggest outflows among listed debt funds this month, shrinking by $765 million, data compiled by Bloomberg show. It has returned 0.9 percent this year, including reinvested dividends.