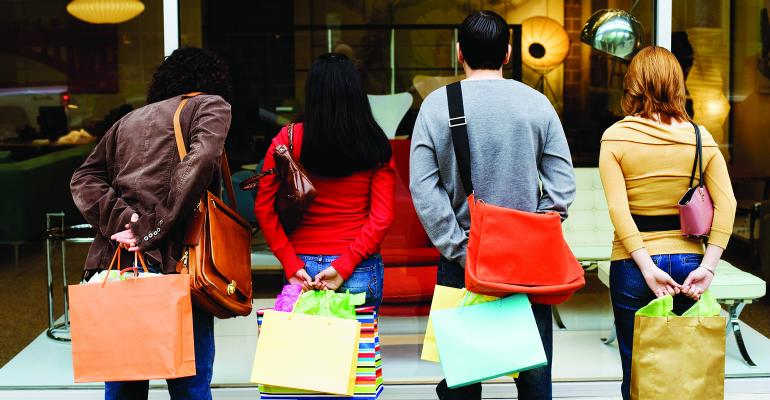 Investing in the Next Generation, Literally

These ETFs aim to capture some of the next generation’s spending habits.

For years, I’ve been both vexed and amazed by my kids. My exasperation and admiration often arise from the same source—technology. Simply put, they command it and I’m bedeviled by it. They are consummate millennials and move easily through the electronic environment, picking up gizmos and practices that save them time and trouble while they shop, conduct research and connect with others.

And why not? My next-gen progeny grew up in an age where most every home—including their own—was connected to the Web. They witnessed and contributed to the explosive growth in publicly traded online companies like Facebook, Google, eBay and PayPal. Their contributions were first as consumers and later as investors. They’re now owners of these next-gen properties, mostly through their retirement plans: they and many of their cohorts.

Next-gen is more than just tech. Coffee, in all of its fashions and forms, figures highly in the Gen Y universe, boosting the bottom line of outfits like Starbucks. The next-gen lifestyle’s a busy one, creating a niche for take-away food delivery from GrubHub. And visits to Planet Fitness help keep Gen Yers trim enough to slip into their Columbia Sportswear—all publicly traded firms.

You don’t have to be a millennial to invest like one. Nowadays, you can buy the whole Gen Y lifestyle in one transaction. You’ve heard about the Principal Millennials ETF (Nasdaq: GENY), haven’t you? It’s a portfolio of 106 global companies with substantial exposure to my kids’ spending habits. GENY’s been a good buy over the past year, handily outdoing the performance of broad market benchmarks, like the Nasdaq Composite, the S&P 500 and the MSCI All-Country World Index. GENY tracks the Nasdaq Global Millennial Opportunity Index, which sorts its stock universe into concentration tiers based on a proprietary measure of sensitivity to Gen Y spending. Ultimately, the portfolio’s components are weighted by market capitalization and factor exposure, with a decided tilt toward quality. As a result, about 42 percent of the portfolio’s given over to technology and another 39 percent to the consumer discretionary sector.

GENY’s returns over the past year can best be explained by the Nasdaq Composite. The fund’s r-squared coefficient against the tech benchmark is high at .98, but that just edges out the .97 value derived against the MSCI All-Country World Index. GENY’s tight relationship to the Nasdaq index makes sense, in light of the fund’s tech-heavy portfolio and large-cap bias. The high correlation to the MSCI global benchmark stems from the ETF’s foreign exposure. A third of GENY’s components are listed on offshore bourses. Adding in the boatload of domestically traded ADRs, half of the fund’s capitalization becomes international.

GENY and the Nasdaq Composite may follow similar trajectories, but they clearly arrive at different destinations. GENY’s one-year return is substantially higher than the Nasdaq’s, due in large part to the fund’s weighting scheme and quality tilt.

GENY’s factor exposure is simple. Two-thirds of its returns can be attributed to momentum stocks; the balance is driven by high-quality issues. Compare that to the Nasdaq Composite which derives 80 percent of it returns from momentum—only 11 percent stems from quality, while growth makes up the remaining 9 percent. Next-gen investing through GENY is a fairly volatile proposition. The Principal ETF snagged a 1.49 beta coefficient against the Nasdaq Composite over the past 12 months, earning a 0.01 alpha score for the ETF. The good news is that the GENY’s annual expense ratio is just 45 basis points (0.45 percent), making it cheaper than many alternatives.

Our search for alternatives caused us to look inside other ETFs for GENY’s biggest domestically traded components. These 40 stocks account for more than half of the fund’s capitalization. We found five portfolios with significant overlap: After all the analysis, the bottom line is: For the money, GENY has delivered good value, with moderate volatility, as a World Large Cap Equity allocation. But is that enough to make it an investment thesis?

GENY’s sponsor, Principal Financial Services, claims the “global spending habits of Millennials … are a force that will drive the world economy.” Companies, says Principal, are striving to deliver products and services how, when and where Gen Y desires them. And what compels companies to do so? Consumer consultant and Forbes contributor Micah Solomon insists that millennials will spend $10 trillion over their lifetimes as consumers. That’s a big motivator.

I know more than a few of those bucks are coming from my kids. And, though I’m no spring chicken, I’m tossing a few dollars toward some of Gen Y’s favorite retailers and service providers myself. Why? My kids have influenced me. I wouldn’t be watching Netflix now if it wasn’t for my daughter. And I’m not alone. Many millennials (not mine) still live at home. Their brand choices often drive their parents’ household purchases.

Millennials—some 83 million of ‘em—make up the largest generational cohort in the U.S. today. Their influence will likely be felt economically and politically for years to come. That’s a trend I’m not willing to let fade.