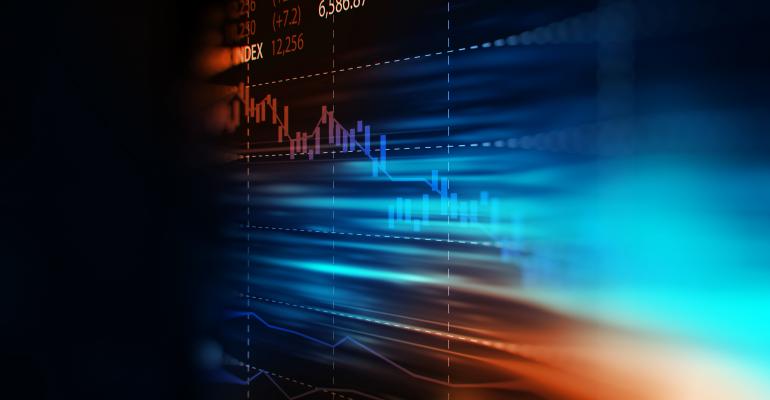 How to Get a Free ETF: Forget the Fee Wars, Find Short Sellers

New research says lending out ETFs is where institutions and individuals could be making a lot more money.

(Bloomberg) --While providers of exchange-traded funds battle for customers by offering the lowest fees on their products, there’s another way of reducing the cost of owning them where demand is booming.

It’s the lending market, where institutions have long buttressed their bottom line by making shares available to borrowers who use them for purposes such as going short. While a vast mechanism exists for getting individual stocks into the hands of those who would take them on loan, new research says lending out ETFs is where institutions and individuals could be making a lot more money.

The way it works is fairly simple. An investor is holding an ETF as a long-term position but is willing to lend the fund’s units to short-sellers, most often hedge funds, that want to bet against it in the short-term, according to Eric Balchunas, an ETF analyst with Bloomberg Intelligence. On average, the fee paid by the borrower enables the ETF holder to recoup 40 percent of the fund’s cost, and in some cases receive full compensation -- or more, according to an IHSMarkit report published last week.

In this way, the strategy can turn into a money maker for the lender without disrupting it’s long-term investment. There’s scope for the practice to become more readily available to individual investors, Balchunas said.

‘Is there space for a service to let retail investors gain access to ETF lending? I could see this happening because it’s in line with the democratization of investing that ETFs are helping bring on,” he said. “You essentially have hedge funds subsidizing ETF investing.’’

The practice is unique to ETFs, which, because of their stock-like structure, can be borrowed to short, unlike most other types of funds, Balchunas said. The strategy is more applicable to institutions than individuals because they have the infrastructure to complete the transactions. And it’s distinct from the other form of ETF shorting, where the funds lend the underlying shares in their portfolios and have the option to put the fees they collect back in to improve returns.

The strategy of directly lending ETF units represents a tiny corner of the market. Just 5 percent of ETF assets are in funds with lending programs, which is “woefully behind conventional equities considering that over a quarter of the Russell 3000’s market cap now sits in lending programs,” according to IHSMarkit.

Although there’s no rule against it, the barrier seems to be that few fund holders are aware of the option, the report noted. This points to a largely unexplored source of revenue for ETF buyers.

“Many ETF investors are focused on long-only, buy-and-hold strategies, and they just haven’t looked into this option,” said Sebastian Mercado, ETF strategist at Deutsche Bank AG. “If they’re comfortable with the operational and counterparty risk, then it could be an attractive opportunity to increase returns.”

ETFs that have generated the most fees from securities lending over the last 12 months include heavily-traded S&P 500 funds, funds that track hard-to-short asset classes like high-yield bonds and emerging market equities, and those that hold volatile securities like small cap stocks and biotechnology shares.

Each of the 10 most profitable ETFs to lend, which account for a third of the total revenue from borrowing, have assets under management of more than $1 billion, and six are bigger than $10 billion. In general, smaller funds don’t have enough liquidity to attract short sellers or investors willing to lend them out.

“There’s a handful of the ETFs that tend to be a focus for shorting and most investors are using them in a long only manner,” said Todd Rosenbluth, director of ETFs and mutual funds at CFRA Research, an independent research provider.

In many cases investors holding liquid ETFs miss out on the chance to earn extra revenue simply because they’re not aware of the option, Mercado said. For example, the $55 billion PowerShares ETF QQQ Trust Series 1 ETF, which tracks the Nasdaq 100 Index and goes by the symbol QQQ, and Vanguard’s $31 billion Value ETF, ticker VTV, have 2 percent or fewer of their shares in lending programs, compared with an average of 5 percent for ETFs with more than $30 billion, according to IHSMarkit.

About 6 percent of the 2,200 ETFs with lending programs in the U.S. have offset or earned more for their investors in securities lending programs than the costs incurred by management fees over the last 12 months, the IHSMarkit report stated. The most profitable was the iShares iBoxx $ High Yield Corporate Bond ETF, known as HYG, where investors made a total of $21 million from lending shares in the past year, the report showed.

Over the last 12 months, ETF investors have earned more than $167 million from lending shares in the funds they hold, according to the report. On average, U.S. ETFs charge 55 basis points to borrowers, compared with 46 basis points in U.S. equities, though that figure includes rates for ETFs holding everything from bonds to commodities, not just stocks.

In this way, higher borrowing costs may be more profitable for investors than lower fees. For example, HYG has an expense ratio of 50 basis points, higher than the 40 basis points charged by rival SPDR Bloomberg Barclays High Yield Bond ETF, ticker JNK. But HYG investors pocket 268 basis points when they lend the shares, compared with just 96 basis points for JNK holders.

When investors lend out the ETF units, they get to keep all of that revenue. And they’re increasingly taking advantage of that. While still small relative to the entire ETF market, assets in lending programs grew 50 percent in the past two years to a record $230 billion.

“We’ll probably see more investors willing to lend out their ETFs as the practice becomes more widely known,” Mercado said. “It’s attractive for any investor that’s planning to hold their ETF as long as they’re comfortable with the risks.”