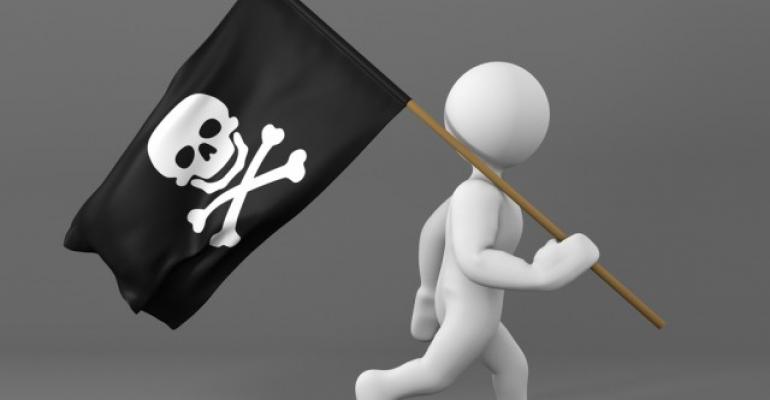 Have Small Caps Fallen on the Death Cross?

No, this isn't a Halloween pun come much too early - the Death Cross is apparently all anyone can talk about lately when looking at the Russell 2000. The deliberately gloomy term is what the technical analysis folks use when a price chart shows a 50-day moving average crossing below the 200-day moving average, and it's where we find the benchmark U.S. small cap index these days.

There is a real divergence happening between small cap and large cap stocks - much more than we typically see. This divergence, which first took hold in mid-April, really started to stand out the past few weeks, as the benchmark large cap S&P 500 continued to at least flirt with new all-time highs, while the Russell continued to lose ground and is now stuck in a 4% loss for the year. All recent noise aside, the S&P is trucking along fine with a 7% gain on the year.

It's time to (sadly) watch the Dollar

I rarely bring up currencies in my commentary. It's not that they don't play an integral role in today's globalized market - they most certainly do. But they add a thick layer of complexity for most retail investors, and at the end of the day it's best to invest without thinking about what's going on with the dollar, yen, euro, or what have you. The easiest way to think about currencies is to see exchange rates as the relative attractiveness of a nation's assets vis-á-vis another. Seen this way, the massive rise we've seen in the U.S. dollar index the past few months makes a lot of sense. Coinciding with a big drop in the euro, the USD is up roughly 7% since July 1st, as we have become without a doubt the best, safest investment in the global buffet. Even our pathetic 2.4% Treasury yields look like big fat steaks to most foreign investors. We may not have the sexiest GDP growth rate around, but you can trust our numbers, and at least the number is positive.

So here I am, having to care about exchange rates when looking at the stock market. Because right around the time the dollar took off, the Russell 2000 started its big stretch run into the 1150 basis point divergence we now see from the S&P 500's year-to-date performance.

S&P Capital IQ's head U.S. equity strategist says that when the dollar is rising, small caps tend to underperform their large cap brethren. So is the Russell heading into bear market territory? Is the S&P bound to follow, as some people are chirping?

I'm all for searching out patterns, but 2014's market has been quite the rule-breaker so far. It's a big reason why the largest macro hedge funds have been lagging behind so badly in performance. And the last time we saw a big divergence in small cap and large cap stocks a couple years ago, the Russell ended up actually outperforming the S&P over the next few months. If it happens again will that become the new pattern? And just like that we get to where I leave technical analysis behind.

It's All About the Valuation

The most important task is seeing if small caps are historically overvalued, and overvalued compared to the S&P 500. Turn s out they are on both counts, but getting precise numbers to work with is tricky. Reported P/E numbers for the Russell 2000 vary wildly, from the 71x reported by the WSJ to the far less nosebleed-worthy 29.5x reported by Blackrock for the iShares Russell 2000 ETF (NYSE Arca:IWM), the runaway leader in AUM for small cap-focused ETFs. The variance comes from the fact that many Russell firms have little to no "E" to work with. But the true P/E on the index is more like 40-45x trailing earnings, which is utterly high by both any historical measure and common sensibility.

So while there may be correlations this way and that surrounding small caps and currencies, large cap stocks, interest rates, or whatever else you throw in there, the simple fact is that small caps ran terribly fast coming out of the recession (to the tune of 30%+ CAGR through 2014), and valuations needed to come down. Earlier this year small caps couldn't even deliver higher EPS growth than S&P 500 companies, so why shouldn't they be lagging behind? What's the point of a high P/E if the growth isn't there?

Back in August I recommended keeping a small cap equity allocation in a balanced portfolio, and I stand by that despite being, well, dead wrong on the call so far. The dollar had already started rising when I recommended the Vanguard SmallCap ETF (NYSE Arca:VB), and at the time I felt that smaller U.S. companies with less exposure to international currencies would be more insulated to just the domestic economy, which I viewed as positive.

I still do. And not that there will be oodles of them, but I think that the ugliest earnings warnings we'll see in the next few months will be coming from the big multinationals, the S&P companies with massive exposure to weak areas of the globe like Europe, South America, and western Asia. The strong dollar will magnify some of those EPS hits. It doesn't make me want to rotate out of large cap stocks, but it does make me wary. And the fact that the Russell and the S&P 500 seem to have "decoupled" lately is all the more reason to have some small cap exposure, just for the diversification benefits.

Looking at Capital Cube's fund analytics, I can see that well over half of VB's holdings are in stocks with above-average fundamental scores compared to their peers.

It should be noted, however, that VB is still going for over 28x earnings, quite a premium to the S&P 500's ~17x. More risk-averse investors who still want some small cap exposure should check out the Vanguard SmallCap Value ETF (NYSE Arca:VBR), which trades for a more modest 22x earnings and has absolutely blown the doors off competing funds like the iShares Russell 2000 Value ETF (NYSE Arca:IWN). The IWN is down over 3% on the year, while VBR is up over 5% - an astonishing discrepancy.

It was Keynes who reportedly once said, "When the facts change, I change my mind." It's a wonderful ideal, but one that most of us fall short of most of the time. Bias tends to run very deep. But in this case, I'm ready to change my mind on the Russell - or any aspect of the market for that matter. I'm ready to accept that this time around, a rapidly rising dollar won't be relatively more good to domestic stocks with minimal international sales. Just show me the facts, Mr. Market, and I'll fall in line. So far, I'm not quite seeing it.

I think the pullback in the Russell may be permanent - in other words, I don't see it gaining back that 11 or so points of underperformance. There was a valuation gap that was just too high, and it's closing. But I do believe that the Russell will perform in-line with the broad market if the U.S. economy hits its growth targets. I think our GDP strength will continue to draw capital from all over the world to U.S. equities, and I want some small cap exposure for the loop and to help insulate against currency headwinds.