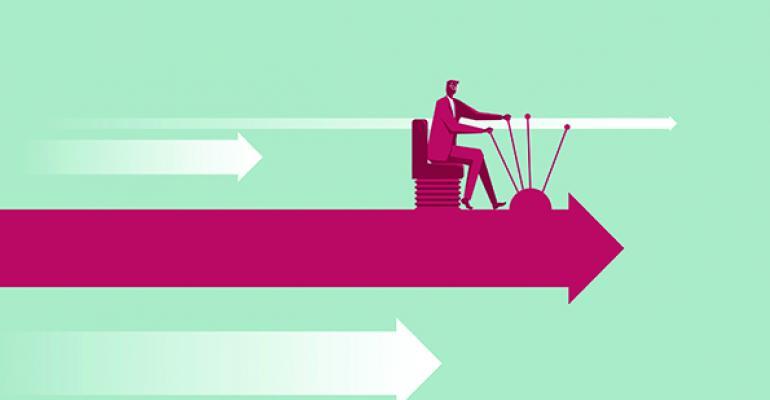 Has Passive Management Had Its Day?

Many investors have reaped the benefits of low-fee passive index investing, but can there be too much of a good thing?

The rise of indexing has been undeniable over the last decade. Investors, attracted to their low-cost and simplicity, have been pouring money into index mutual funds and ETFs at the expense of active managers. Passive funds now account for some 36 percent of all U.S. retail fund assets, according to Morningstar. Last year, index fund giant Vanguard drew in more money than the rest of the fund industry combined.

So complete is the story that in the investor’s mind, passive investing has become synonymous with wise investing, and “active management” met with a sense of suspicion. But, could passive investing become too popular for its own good?

Last summer, Sanford C. Bernstein & Co. garnered a lot of attention with a client note titled The Silent Road to Serfdom: Why Passive Investing Is Worse than Marxism. Last March, The New Yorker published an article “Is Passive Investment Actively Hurting the Economy?” Both argue that a market with more passive investors blindly following an index can distort the markets away from their reason to exist in the first place. The markets are supposed to be intelligent capital allocation machines—putting money into firms where it can best be deployed to increase profits and returns, and taking money away from firms incapable of using it productively.

Still, when tidal waves of money pour indiscriminately into, say, the 500 largest and most actively traded companies in the U.S., regardless of the underlying merits of an individual firm’s business performance, “efficient” capital allocation breaks down.

That’s supposed to be the point when active managers come in, identify the price distortions, and make their trades—resetting the market’s judgment of individual corporate management. But, is there a point when the market gets too dominated by passive investors?

Certain valuations of the S&P 500, such as price-to-sales and price-to-cash-flow, are currently looking expensive, says Minneapolis-based Leuthold Group’s Chief Investment Officer Doug Ramsey. “The infatuation with passive is, in part, a sign of the maturity of the equity bull market. I think that, in and of itself, is a warning sign.”

Research Affiliates Founder and Chairman Rob Arnott has argued that smart beta, a slice of the passive investment world that seeks to exploit certain price distortions of securities in traditionally weighted indexes, could itself be distorted—possibly into bubble territory—by the amount of money chasing the performance of these indexes.

A Distinction Without a Difference
Cullen Roche, founder of San Diego-based brokerage Orcam Financial Group and author of the blog Pragmatic Capitalism, reframes the argument to suggest that the term “passive management” itself is an oxymoron.

“An index fund, by definition, requires a degree of active management in some other facet of the market. Whether it's the actual manager who is constantly updating the position and making sure that the proportions are correct by actively buying and selling what's in the portfolio, or whether it's the new introductions or the new deletions from the index that require active managers to be arbitraging what's going on around the index to begin with,” Roche says. “We've drawn this line in the sand that makes it sound like they're two totally different things, but they really blend a lot more than people think.”

In other words, the committee that picks which companies are included in the S&P 500 could be thought of as the largest active manager in the market, which can lead to the question: Are they so often “right” (in terms of long-run relative performance) because of their ability to pick the right components, or because of the sheer volume of money they can direct into those positions?

More importantly, is it time for traditional active managers, who have convictions on stocks that go beyond those of the S&P 500 committee, to flourish?

Return of Active
Leuthold Group believes that the spread of returns between active and passive investments goes through cycles, and has identified nine factors to indicate which strategy is at an advantage at any given time. Those included metrics like the performance of small-cap stocks to large, the equal-weighted S&P 500 to the traditional cap-weighted version, and how many smaller companies in the S&P 1500 are outperforming their larger brethren.

Leuthold Group’s research director Scott Opsal said the metrics they follow to indicate whether passive or active investment strategies are likely to outperform recently indicated a distinct shift to active management. Indeed active performance has improved, Opsal argues. When his factor count favored passive in March of last year, just 20 percent of active managers were outperforming their benchmarks on a one-year trailing basis. In the fourth quarter of last year, when the metrics moved the needle to active, 55 percent of active managers beat their benchmarks.

“These forces could easily run well into 2017 and, absent a narrow run in the Mega Caps, we would not be surprised to find our metrics continuing strong in favor of ‘active,’” Opsal writes.

Josh Brown, CEO of Ritholtz Wealth Management, doesn’t believe an active renaissance is coming, but he does agree that the environment is becoming more favorable to active managers, with foreign stocks doing well relative to the S&P and small-caps outperforming.

“All of the sudden the pendulum swung too far to passive, and you’ll see people getting more excited about some of the active funds,” Brown says. “It’s not going to be linear—where every year active keeps gobbling up share at the same rate it’s been gobbling up share. But, it’s probably not a trend that’ll revert itself entirely.”

Brown says he agrees with the argument that low-fee passive management has cleared out the “closet-indexers”—fund managers that claim to be active, yet mimic their benchmark.

“I think there’s room for the type of active management that we used to have, which is people going far away from the benchmarks, people willing to take more risks than the overall market and deal with the consequences of that when they’re wrong,” Brown says. “One of the hotter areas I think … going forward will be the 20-stock portfolio—where you’re really betting on the jockey, and you’re really betting on the person to get that right.”

The Bernstein note’s argument—that efficient capital allocation depends on actively managing investments in the market—hinges on whether the passive money takes over so much of the investment universe that there is no reason for any deviation from the allocations dictated by the indexes. Brown and others don’t believe that will ever happen.

However, let’s say it did, and everyone piled into passive vehicles. It would become impossible to get any premium return, Brown argues, because that area of market would stop working; people would walk away from it.

“That’s exactly when that strategy can start to work anew,” Brown says. “There’s a cyclicality to every factor. So, that gives me confidence to say, of course, some things will get overly exploited and popular, and that’s the exact moment when they’ll start to fail. Once they start to fail, they will be less popular by default, and that sets up the next period where they will perform well.

“This is the beauty of the way the markets work.”