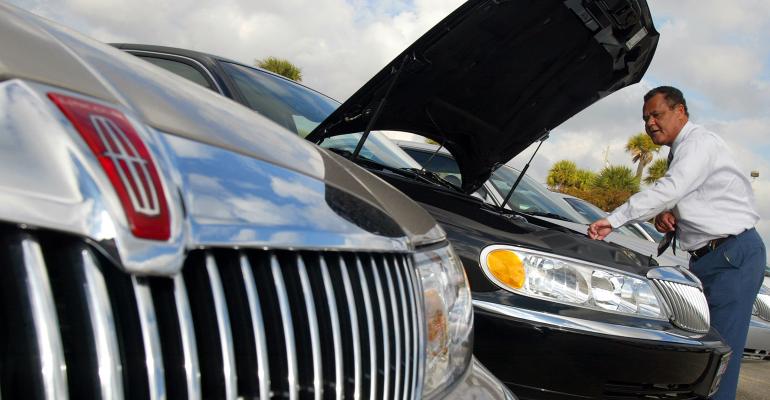 Thematic ETFs are a good way for investors to round out their asset allocations, but there are some quirks to these funds that require advisors to take a closer look.

While cheap, well-diversified, market-cap weighted ETFs continue to gather assets in 2018, there’s also demand for more narrowly constructed products focused on long-term thematic strategies. Not coincidentally, the supply of these ETFs has grown, giving investors choices. The second or third mover can sometimes exploit an advantage to not only highlight lower costs, but also what’s inside the portfolio.

Thematic ETFs have been popular when narrowly focused within the technology or the new communications services sector, as investors have looked to complement existing growth or sector-based ETFs with more targeted approaches. These include video gaming, cybersecurity and robotics trends.

VanEck Vectors Video Gaming and eSports ETF (ESPO), a thematic ETF that seeks to capitalize on the growing global interest in competitive video games, launched today. According to marketing materials from VanEck, there were more viewers in 2017 for the world finals for the League of Legends, a fast-paced competitive online game, than for the deciding game for the MLB World Series or the NBA Finals. Meanwhile, eSports revenue is forecasted to nearly double to $1.7 billion by 2021 from the 2018 projection.

But ESPO is not the first video game-focused ETF and will be competing for investor interest with ETFMG Video Game Tech ETF (GAMR).  Launched in March 2016, GAMR has $120 million in assets, aided by approximately $75 million in the first nine months of 2018, according to data on ETF.com. Yet, such interest is not driven by the ETF’s favorable performance, as GAMR was down 10 percent year-to-date through October 15.

ESPO charges a 0.55 percent net expense ratio, appealingly lower than the 0.82 percent GAMR incurs, but also provides different exposure. The index behind ESPO requires companies to generate at least 50 percent of revenues from video gaming or eSports. As such, the index behind the ESPO is more concentrated, with just 25 holdings, compared to more than 70 for GAMR. While both hold Activision and Electronic Arts, only GAMR owns Apple and Microsoft.

These funds seek to follow in the thematic ETF footsteps of ETFMG Prime Security ETF (HACK), which launched in late 2014 and quickly gathered $1 billion in assets. Currently, HACK has $1.6 billion in assets, but thus far in 2018 it has lagged behind peer First Trust NASDAQ Cyber Security (CIBR) in asset gathering. The $765 million CIBR rolled out in mid-2015 pulling in $355 million of new money in the first nine months of 2018, approximately five times the net inflows for HACK.

Both ETFs seek to capitalize on the investments made by enterprises to defend against cybercrime. In marketing materials on the ETFMG website, the ETF provider points to research predicting 12 to 15 percent year-over-year cybersecurity market growth through 2021. Yet, there are differences in these two ETFs.

HACK was up 15 percent year-to-date through October 15, outperforming CIBR’s 10 percent gain this year. However, on a 3-year annualized total return basis, CIBR’s 13 percent gain was ahead of HACK’s 12 percent. CIBR is the cheaper of the duo with its 0.60 percent expense ratio, four basis points lower.

At the end of September, HACK had more exposure to software companies (64 percent of assets versus 54 percent in CIBR) such as Imperva and less in aerospace and defense (3 percent versus 14 percent). For example, Raytheon is the second largest holdings for CIBR at 6 percent of assets.

It’s hard to picture a time when computers and robots were playing a bigger role than they do in 2018, particularly as companies look to technology to boost production. For example, Gartner projected that more than 85 percent of customer interactions will be managed without a human by 2020. Not surprisingly, robotics and artificial intelligence-focused ETFs have gained in popularity and in supply.

ROBO Global Robotics and Automation Index ETF (ROBO), launched in late 2013, has assets that reached $1.8 billion, aided by $116 million of net inflows in the first nine months of 2018. While the flows are positive, ROBO is now the second largest robotics related ETF. Global X Robotics & Artificial Intelligence (BOTZ) is larger with $1.9 billion in assets after pulling in approximately $850 million of new money in the first nine months of 2018.

So strong is the investor belief in the long-term trend that flows continued even as BOTZ had a 14 percent year-to-date decline as of October 15, wider than ROBO’s 9.9 percent loss. While BOTZ has the lower expense ratio (0.68 percent versus 0.95 percent), the performance gap between these two ETFs stems from more than fee differential.

In February 2018, First Trust NASDAQ Artificial Intelligence and Robotics ETF (ROBT) launched with a then-lowest 0.65 percent expense ratio, but in June 2018, iShares Robotics and Artificial Intelligence ETF (IRBO) came to market for just a 47-basis point fee. IRBO and ROBT both recently had 62 percent in technology stocks, higher than  their more established peers, but IRBO holds more semiconductor companies and less software ones. Despite the fee competition they provide, these newer entrants have less than a combined $30 million in assets.

Investors are likely to continue to look to round out their asset allocation strategies with thematic ETFs, aiming to capture long-term strategies. While the easy approach is to choose the cheapest ETF, CFRA encourages a look inside the portfolio to understand what makes one ETF unique from another.

CFRA’s ETF ratings on some of these ETFs are negative due to the high expense ratio relative to all equity ETFs, and the fund holdings are deemed risky.

Todd Rosenbluth is the director of exchange traded and mutual fund research at CFRA.