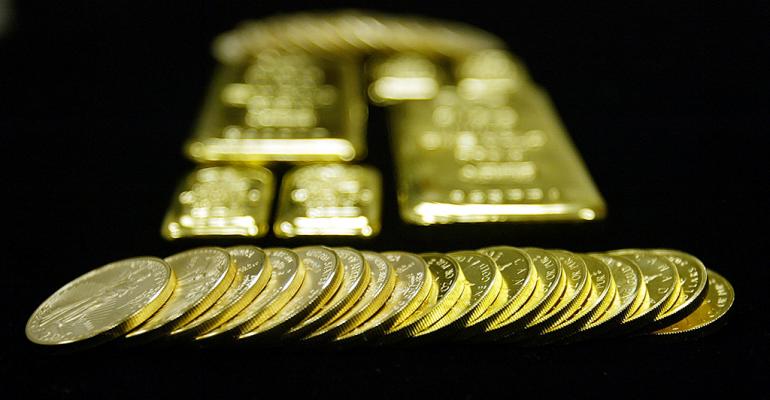 After years of trying–and failing–to call a bottom for the miners, investors are scared to buy into what is turning into the rally of a lifetime for ETFs tracking these once left-for-dead stocks.

Despite returns of more than 65 percent in a year when the S&P 500 is up 4 percent, gold miner ETFs have seen half a billion in outflows. That is practically unheard of as inflows and performance are usually highly correlated when it comes to ETFs. Gold miner ETFs, it seems, are the rare exception.

This atypical trend is best exemplified in the above Market Vectors Gold Miner ETF (GDX), which has $6.6 billion in assets and is up 66 percent so far this year but has seen $514 million in outflows. This oddity is no doubt connected to the billions that were poured into GDX over the past several years as investors bloodied their hands trying to catch a falling knife. GDX had lost 75 percent in the three years leading up to 2016.

If you subtract the lifetime of inflows from its assets today, GDX has burned through about $4.5 billion in cash. This is why the fund is a constant presence on the 'Top 10 ETF Cash Incinerators" list, as seen below.

Throw in a few of the smaller gold miner ETFs as well, add it all up, and such funds have effectively burned through about $8 billion in investor cash. That's more than any other industry, sector, or category.

This explains why such an intense rally can coincide with outflows, as many burned investors are getting out and trimming losses before they get burned again.

One gold miner ETF is seeing some significant inflows, however. The only problem? It's the Direxion Daily Gold Miners Bear 3X Shares (DUST), which is down 88 percent.

Meanwhile, the Direxion Daily Junior Gold Miners Index Bull 3x Shares (JNUG) has put in a jaw-dropping return of 294 percent (along with outrageous volatility that is 10 times that of the S&P 500).

JNUG is returning four times the returns of its underlying index due to the compounding effect of resetting leverage daily into a upward-moving market. No ETF has ever returned more than 300 percent in a year. Yet JNUG has still seen $83 million in outflows.

It remains to be seen whether some of these burned bottom-callers will be drawn back in by this rally, but for now, they aren't touching it with a 10-foot pole, or an ETF.