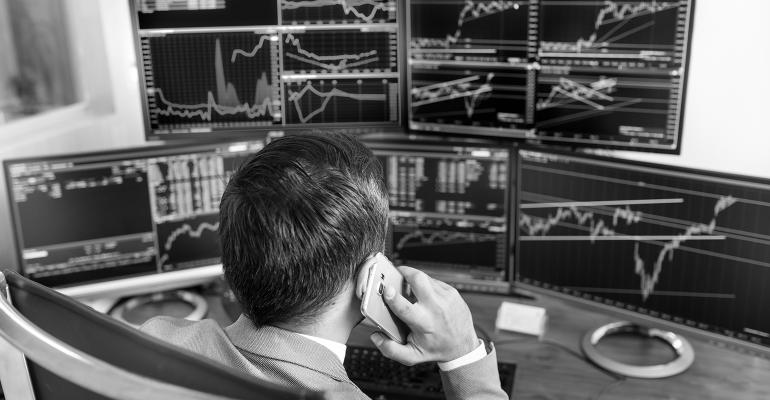 Not all dividend ETFs are the same, despite the low costs.

Results of a recent study of ETF investor behavior provide further encouragement that the $3.9 trillion ETF market will continue to grow as many seek to increase their usage soon. However, CFRA thinks the focus remains too high on ETF attributes that have limited differentiation rather than on exposure and holdings that ultimately drive future returns.

The Charles Schwab 2019 ETF Study published in May surveyed 1,500 ETF investors about their planned usage of ETFs, what mattered most to them in selection, what investment approaches appealed to them and more. While the average respondent held on average 36% of their portfolio in ETFs, 68% plan to increase their ETF investments in the next year, up from 54% that offered an identical response a year ago. Similarly encouraging, 31% of the respondents would consider placing their entire portfolio, minus cash, in ETFs in the next year.

Generationally, the responses were also favorable toward the long-term prospects for the ETF industry as 79% of millennials expect to have primary ETF portfolios in the future relative to 59% of Gen X and 37% of boomers. Millennials also are more likely to place their entire portfolio in ETFs (44%) than boomers (9%).

Rather than worrying how ETFs would perform amid an increase in market volatility, 44% of overall respondents would put more money into ETFs, double the percentage that would take money out of ETFs. Meanwhile, 56% of investors plan to invest in dividend ETFs over the next year, highlighting how these equity-income-oriented products remain in focus.

However, CFRA is concerned that investors are focusing too much on certain ETF metrics where there is little distinction between products and that do not ultimately impact returns as much as what’s inside the portfolio.

When asked what is most important when choosing an ETF, the most common response (59%) was total cost, which includes expense ratio, bid/ask spread and commissions. CFRA incorporates the first two of these cost factors in the rating of approximately 1,500 equity and fixed income ETFs, with commissions being dependent upon the brokerage platform an investor uses. Second and third on the priority list were the reputation of the ETF provider (58%) and how well it tracks its underlying benchmark (57%).

We remain surprised that the ninth-popular option (47%) was access/exposure to a specific part of the market, lower than historical returns (55%) and total assets (48%). Given the other choices, we think this most closely is connected to the securities inside an ETF. Returning to dividend ETFs, we think investors are missing what makes the various choices distinct.

Schwab US Dividend Equity (SCHD) is a $9 billion ETF that invests in companies with at least a 10-year record of paying dividends and includes some fundamental screens. The ETF has an extremely low 0.06% expense ratio and trades with a tight penny bid/ask spread. Schwab is the fifth-largest ETF provider and we think has a strong reputation of offering low-cost, well-diversified products.

Using data available on ETF.com, SCHD’s median track difference is -0.10%. In the past three years, the ETF has generated a 12.5% annualized total return. However, what is most notable about SCHD relative to some dividend alternatives is its high 22% weighting in Consumer Staples. CFRA Strong Buy-recommended PepsiCo is one such holding.

The $23 billion Vanguard High Dividend Yield Index (VYM) is another popular dividend ETF choice. VYM also charges a 0.06% expense ratio and trades with a penny spread. Offered by the second-largest ETF provider with what we think is a strong reputation, VYM has a -0.06% median tracking difference, but it tracks a completely distinct index from SCHD, which has performed differently.

VYM’s 10.8% annualized three-year total return is lower than SCHD and the fund has only 14% exposure to Consumer Staples. In contrast, VYM has more exposure to Financials (17% vs. 10%) and holds a top-10 stake in CFRA Buy-recommended JPMorgan. Both SCHD and VYM earn top overall ratings of Overweight from CFRA based on a combination of holdings-level analysis and fund attributes, including cost factors.

Two other dividend ETFs that are similarly viewed favorably to CFRA are iShares Core High Dividend (HDV) and iShares Core Dividend Growth (DGRO). Both charge modest 0.08% expense ratios, trade with tight spreads and have a similarly strong tracking difference. iShares is the largest ETF provider with a strong reputation.

Yet, there’s been a wide gap in the performance records of these two given their unique approaches. DGRO’s 14.4% three-year record is more than 500 basis points stronger than HDV. DGRO has a much higher weighting in Information Technology (17% vs. 10%) and a much lower weighting in Energy (4% vs. 20%).

The investors Schwab surveyed provide optimism that the growing ETF pie will expand further. However, we hope investors dig deeper than just look at costs and the name of the asset manager. Because their future returns are much more dependent on what’s inside.