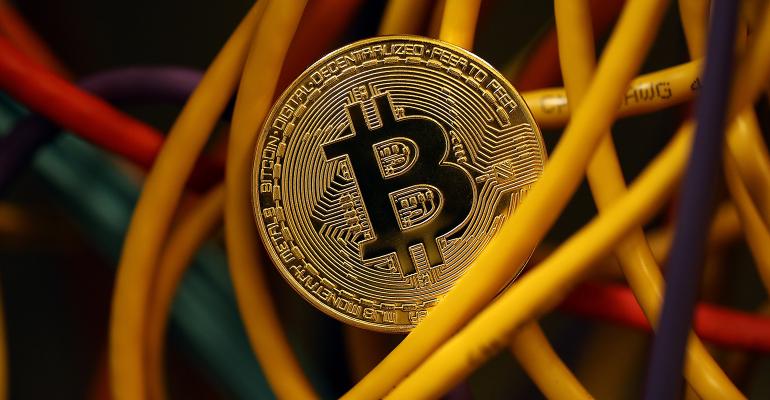 Fund News Advisors Can Use: Grayscale’s Big Bet on a Bitcoin ETF

In this week’s fund news, Grayscale hopes to convert its Bitcoin Trust into an ETF; Schwab joins the nontransparent active ETF game; and Invesco plans to integrate ESG into all its investments.

The race to launch the first Bitcoin exchange traded fund is heating up, and Grayscale Investments, the cryptocurrency asset manager founded by Barry Silbert in 2013, upped the ante this week with news of its plan to convert its flagship Grayscale Bitcoin Trust (GBTC) into a Bitcoin ETF.

Grayscale’s Bitcoin Trust, a publicly traded over-the-counter fund, is the largest and most liquid Bitcoin investment product in the world, according to observers, at $34 billion in assets under management. In a blog post, Grayscale said if GBTC were an ETF, it would be the second-largest global commodity exchange-traded product, behind SPDR Gold Trust (GLD), and third by weekly volume, at $2.6 billion.

The firm said the timing of the conversion would be driven by regulatory approval, but it is “confident in our current positioning and engagement with the SEC.”

“We understand that for many, the public discourse around ETFs may seem novel and impactful, but this is a subject that Grayscale has been examining closely from both a commercial and regulatory perspective for several years,” the firm said.

Grayscale filed for a Bitcoin ETF in 2016 but ultimately withdrew the application. “We believed the regulatory environment for digital assets had not advanced to the point where such a product could successfully be brought to market.”

Schwab Gets in on the Active ETF Game

Charles Schwab Investment Management filed with the SEC this week to launch its first actively managed ETF, to be subadvised by Ariel Investments. The Schwab Ariel ESG ETF will be a nontransparent ETF, without the need to disclose its holdings daily.

The ETF seeks long-term capital appreciation and will invest in companies that meet certain environmental, social and governance criteria, according to the filing. It will be Schwab’s first foray into the ESG space.

Invesco Plans to Go All In on ESG

Invesco manages nearly $35 billion in investment strategies dedicated to sustainability, up from $21 billion in 2019. It has integrated environmental, social and governance factors into 75% of its investments, but the asset manager hopes to bring that up to 100% by 2023, it said in its recent 2020 Investment Stewardship Report.

The report outlines the firm’s ESG-related efforts over the past year, as well as its plans for the future. Last year, the firm voted in 10,399 meetings on 247,465 corporate resolutions across 74 markets. The asset manager held over 2,000 meetings with companies last year, double the number from the previous year. The top topic of conversation during those meetings was climate transition, Invesco said. That was followed by executive compensation, ESG disclosure, diversity and human rights. The firm also said it’s working toward a goal of having at least 35% female representation among its own senior leaders by 2022, up from 33% currently.