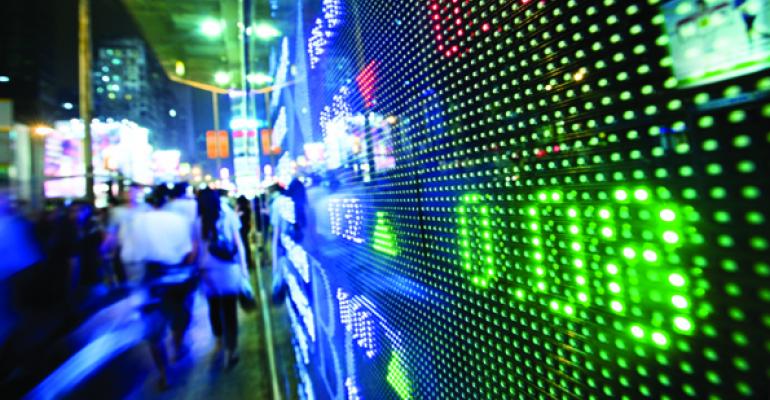 Free Cash Flow The Secret to Generating Alpha from Buybacks

A new fund, the TrimTabs Float Shrink ETF, seeks to capture companies that can afford to invest in their own stock with strong free cash flow.

Funds that track stock buybacks are having an increasingly difficult time generating alpha, and research from TrimTabs Investment has underscored the fact that stock buyback announcements have been in a two-year downtrend.  This, combined with the fact that the performance of companies who engage with buybacks has generally waned, would seem to suggest that now is certainly not the best time to invest with funds or ETFs that track buybacks. But there is one notable exception, the new and improved TrimTabs Float Shrink ETF (All Cap Free Cash Flow Strategy) fund, whose ticker is TTAC.

“We’re looking to invest in strong, healthy companies that can afford to invest in their stock with free cash flow,” said TrimTabs Asset Management Chief Technology Officer Rami Gadlin, in describing TTAC. “We grade these companies with our proprietary grading system.”

Gadlin shared that the essential criteria TTAC and its portfolio manager, Ted Theodore, have developed when examining companies are not just buybacks, but also free cash flow, and the change in the debt ratio.  Free cash flows is the volume of cash after capital expenditures, and TTAC companies have plenty of free cash for buybacks.  For every dollar spent to buy back shares TTAC companies generate more than $8 in free cash flow.  PowerShares Buyback Achievers (PKW) generates just $6.34; S&P 500 Buyback ETF (SPYB) generates just $3.30.

In addition, TTAC companies have decreased debt by 0.35% over the past six months, compared with a 0.22% average reduction for PKW, and an increase of 0.18% in the debt ratio of the average company in SPYB.

Theodore is helping lead the efforts of TTAC and has brought an impressive wealth of experience to TTAM, taking charge of TTAC after Wilshire Associates became the new subadvisor for the original TrimTabs Float Shrink ETF (TTFS).

“We want to make sure companies aren’t raising too much debt to buy back their stock,” added Gadlin, who shared that the top four companies in TTAC by weight are Cognex, Southwest Airlines, BestBuy, and United Continental Holdings.  Around 100 companies comprise the fund which is rebalanced as often as monthly at the discretion of Theodore.

“We’ve found that using debt hurts companies involved with buybacks,” said Gadlin. “They can ameliorate the negative effects, however, by increasing assets at the same or greater rate than they increase debt.”

As for the effect of fewer repurchase announcements in the past two years? Gadlin said that those companies not engaging in buybacks should not impact the way TTAC assesses and includes companies which continue to shrink their float.

TTAM registered for the Family of 14 Funds earlier this year and said they will be rolling out additional products with the same philosophy of strong balance sheets later this year and next year.

To learn more about TrimTabs, sign up for the Free Cash Flow as a Source of Alpha Across Global Markets webinar being held on July 18.