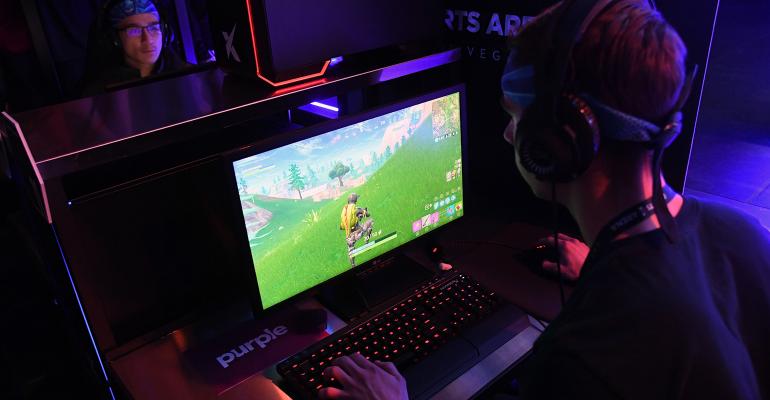 With video games attracting so much attention lately it was only a matter of time before a gaming ETF caught investors’ eyes.

By Carolina Wilson and Sarah Ponczek

(Bloomberg) --Having trouble getting to sleep because you’re obsessed with video games like Fortnite and Call of Duty? Not surprisingly, there’s an ETF for that.

Products with a theme have become a hot trend in asset management, where exchange-traded funds tracking everything from 3-D printing to deep-sea exploration are proliferating. With video games attracting so much attention lately it was only a matter of time before a gaming ETF caught investors’ eyes.

The $130 million ETFMG Video Game Tech ETF, known by its ticker GAMR, tracks globally listed stocks in the video gaming industry. More than 800,000 shares traded in August, giving the fund its second-largest monthly volume since its inception in March 2016. 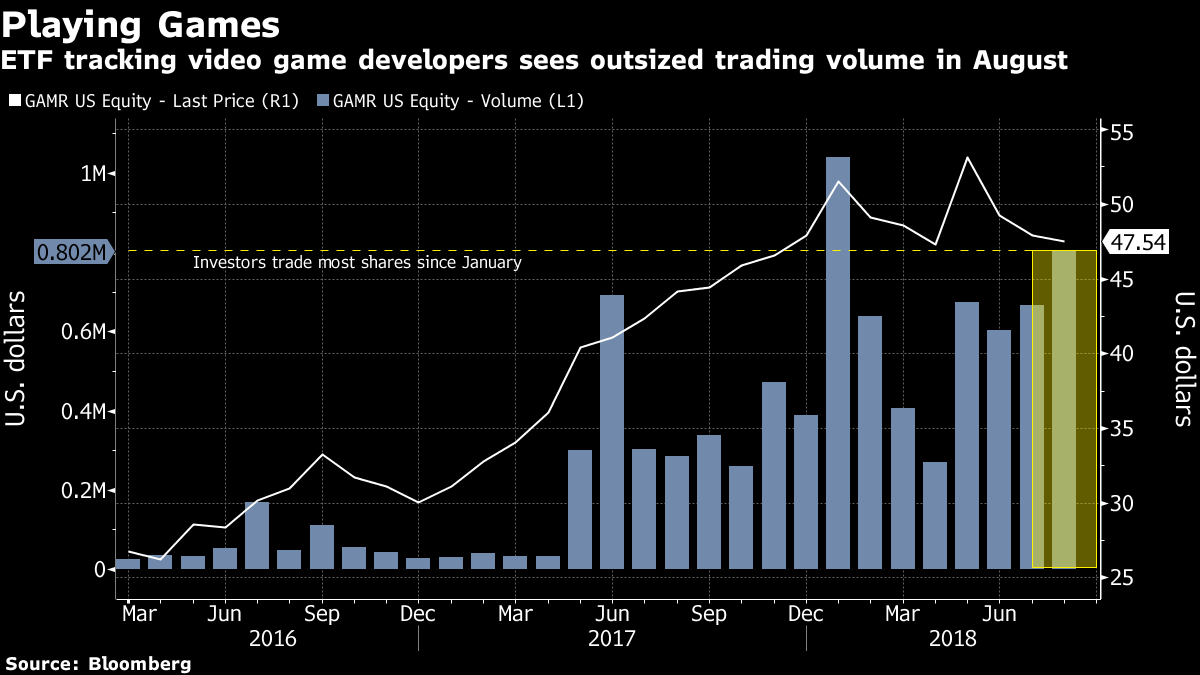 But not everyone is buying. Chinese regulatory hurdles and bad news from Electronic Arts Inc. may be encouraging cautionary behavior from investors. After cutting guidance in late July, Electronic Arts delayed the release of its Battlefield video game last week, highlighting the challenges of keeping up with Fortnite, which is produced by rival Epic Games.

Ted Pollak, a video game analyst who developed the index for GAMR, said there’s still reasons to be bullish on the industry. Cloud game streaming, virtual reality, 5K technologies, and gaming for education, or “gamification,” are all ripe for growth, he said.

Meanwhile, for investors like Matthew Litfin, a portfolio manager at Columbia Threadneedle Investments who holds the gaming company Take-Two Interactive Software Inc. in a midcap fund, buying into the business is like trying to predict Hollywood ticket sales. Everyone needs a blockbuster.

“It’s become hit-driven, so you really have to try to figure out what’s going to be the hit, kind of like the old movie studios,” Litfin said in an interview at Bloomberg’s New York headquarters. “That’s hard to do and creates a lot of volatility as people speculate.”