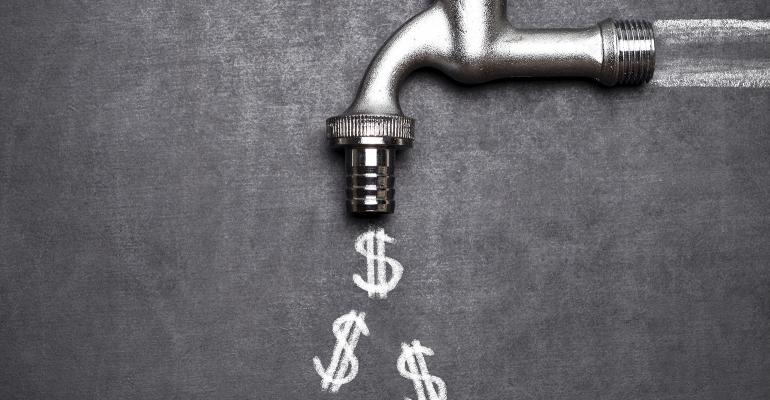 Flows to Passive Funds Are Slowing

“Passive investment is now growth-tilted, momentum chasing, biased toward popular-weighted indices. Why should you expect the best returns from that?” asks Research Affiliates’ Rob Arnott.

The flood of money into passive investment strategies has slowed amid the increase in volatility and the decline of the stock market earlier this year. But even with the slowdown, experts say the trend toward passively managed index funds remains firmly in place, and some say that represents a highly dangerous dynamic.

Net inflows into passive mutual funds and exchange traded funds slumped 44 percent in the first half of the year from the same period in 2017, according to Morningstar. The $3.4 billion influx in June was the lowest since early 2014.

To a large extent, the deceleration of money going to passive strategies is natural, says Ben Johnson, director of global ETF research for Morningstar. “Part of it is math. After a record high, anything feels like a slowdown.” In 2017, the passive-investing goliath Vanguard saw a record $369.3 billion flood into its coffers. In the first six months of 2018, that flow dipped 48 percent from the year-earlier period, to $112 billion.

“Though the flows have slowed down compared to 2017, a few billion dollars inflows for 2018 is nothing to shake a stick at,” Johnson says. “There is still a lot of money flowing to passive.”

The bottom line, says Ablin: “There’s still a trend toward passive, low-fee strategies for investors. Fees are an important hurdle that active managers have been unable to outperform.”

But the surge to passive strategies isn’t necessarily an unalloyed good, he and others say. “Eventually, the pendulum will swing too far,” Ablin says. Active management keeps share prices fairly valued, he says. “Active managers are the ones pushing the revolving door, while passive investors just stand there. Eventually, if not enough people push the door, passive investors will be stuck in the middle.”

Rob Arnott, viewed by many as the godfather of smart-beta investing, sees danger in the index funds that are most popular—those based on market-capitalization-weighted indices, such as the S&P 500. The gains of that index over the past few years have largely been fueled by the largest-cap members—about 25 percent of that index is made up of technology stocks, buoyed by the big firms like Amazon and Facebook.

Indeed you should expect an anemic return premium, he says. Over the past 12 years growth stocks have beaten value by a margin of 2.5 percent annually compounded, Arnott says. “But historically, value wins most of the time. So cap-weighted indices have a great Achilles heel.”

Chris Litchfield, a retired hedge fund manager who is now a private investor in Greenwich, Conn., agrees. “The S&P 500 is essentially a momentum index now,” he says. “People think this is a low-risk way to invest in markets. My view is that this is the single riskiest thing you can do.”

Many investment experts argue that 100 percent of investors’ equity portfolios should go into index funds. “But how is that a good strategy long-term?” Litchfield asks. The benefits of index funds are wide diversification, low costs and strong performance.

“But people are taking way more risk than they realize,” he says. “When we have a bear market, how many people with sizable assets can just hold blindly? I think most people can’t.” But most of them do because of the performance that index funds promise, Litchfield says.

And the risks could grow larger, he maintains. As demand for strong performance increases, fund managers will be tempted to take on leverage to boost returns, Litchfield believes. “People sitting with index funds are only a millimeter away from the risk of a fully invested portfolio plus leverage.”

“When the benchmark is survivorship bias, that’s difficult for active managers,” Litchfield says. “But picking good stocks will eventually work. The constant disruption [across industries] argues for active management.”

Investors will ultimately come to their senses, Arnott says. “People are placing an enormous bet on the most popular companies,” he says. “If these companies don’t deliver extraordinary growth, the stocks will underperform.”