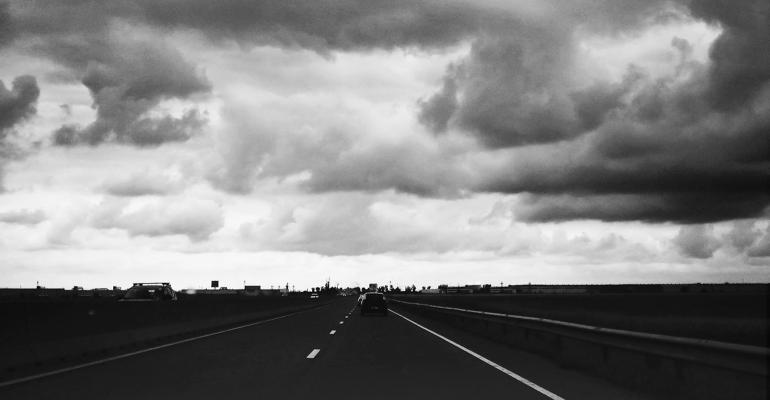 (Bloomberg View) --Donald Trump’s election win created a sunny day in the financial industry. The promise of deregulation has sent financial stocks up about 10 percent -- almost double the gain in the Standard & Poor's 500 Index -- and related exchange-traded funds have attracted more than $11 billion in new money.

Enjoy the run, because it may not last. This past year provided evidence that there's a growing grassroots revolt brewing among the individual investors who have been so crucial to the securities industry for decades. This awakening is likely irreversible and threatens to hollow out parts of the industry. Here are five scary developments found in recent fund-flow data:

1. Vanguard’s Mutual Funds Are Taking in More Money Than Rest of Industry Combined

The size and the speed at which individual investors are flocking to Vanguard, which now has almost $4 trillion under management, is jaw-dropping. In 2016, the firm took in $305 billion -- the most ever by an asset manager and breaking its record of $276 billion the year before. Although Vanguard's ETFs took in $76 billion (more on that in a minute), it was the $188 billion that went into its stock and bond mutual funds that was truly astounding. That is about 10 times more than the company with the second-biggest flows. And with an average fund fee of 0.12 percent, low turnover and a mutual ownership structure that spends profits on lowering fees, money that goes to Vanguard is basically leaving the financial system.

2. Actively Managed Funds Have Seen Huge Outflows in the Past 12 Months

There was almost a $1 trillion shift from active investment management to passive in 2016, according to data from the Investment Company Institute. Why is this so ominous? When money moves from active vehicles to passive vehicles -- which now have close to $5 trillion in assets -- it earns 70 percent less on average in fees for the industry. And some of this money is flowing out of funds that are beating their benchmark -- showing investors may have lost faith in established track records.

3. The Majority of ETF Flows Are Going Into Products That Charge 0.09 Percent or Less

When it comes to ETFs -- the fastest growing investment vehicle -- investors are showing an increased preference for dirt-cheap products. More than half of the $286 billion that flowed into ETFs last year went into products that charged a fee of 0.09 percent or less. This -- amid a war over fees  -- is why revenue growth hasn't kept pace with asset growth. During the past five years, ETF assets have grown by 150 percent to $2.5 trillion, but the revenue they generate has grown by only 80 percent to $6.1 billion.

Although it might seem like a lot, $6 billion in revenue isn't something to write home about. To put that into perspective, if the $2.5 trillion in ETF assets were in actively managed mutual funds, they would generate $18 billion a year in revenue, three times as much. And if it were in hedge funds, it would generate about $45 billion a year (and that’s not including performance fees).

If signs point to ETFs as the future of investment vehicles, that isn't good for the vast majority of asset managers. Most of the biggest, deep-pocketed asset managers that have recently sponsored ETFs struggle to earn a buck as investors mostly prefer the older, more liquid ETFs. The above companies combined for just $30 million in ETF revenue last year, less than 0.01 percent of the total market. If those companies struggle to make a dent, what does that say about every other company looking to make the move to ETFs?

5. Millennials Lead in ETF Usage and That Usage is Increasing

Millennials use low-cost ETFs more than any other age group and that usage increased 60 percent during the past three years, according to data from TD Ameritrade Holding Corp. The younger you are, the more likely you are to use low-cost ETFs in your portfolio. Charles W. Schwab Corp. has put out data with similar findings.

And while millennials have shown a taste for some exotic leveraged ETFs, when it comes to their core assets, they like cheap, too. The No. 1 ETF held by millennials is the Vanguard Total Market ETF, which charges 0.05 percent. In fact, six of the top 10 are bargain basement Vanguard ETFs. If this holds up, it will create a generational tsunami that will wipe out large parts of the revenue stream for asset managers.

All this is why BlackRock Inc., the world’s largest asset manager and ETF issuer, just hired Buzzfeed’s chief marketing officer. So don’t be surprised if you see an ad like this soon: 16 Incredible Low-Cost Fixed Income ETFs You Probably Don’t Know About But Definitely Should.